We’ve arrived at the 4th installment of The Purge, which is a prequel to the previous three films, simply titled The First Purge. The creator of this film franchise – James DeMonaco has left the director’s chair for the first time in this franchise and given the reigns to Fruitvale Station associate producer Gerard McMurray. While DeMonaco is still listed as the writer and producer of this new film, The First Purge doesn’t do really anything new, nor does it enhance anything that we haven’t already seen before in the previous films. Each Purge film has a different overall feel to it. The first movie can be described as a home invasion film, while the 2nd Purge took to the streets in a very Escape from New York kind of way, while the third film was its mostly a violent political thriller at best.

There’s a good background story to all of these movies with the NFFA (New Founding Fathers of America), who created The Purge in order to curb all violence and crime as a whole by letting everyone commit crimes if they want for a 12 hour period once a year. If you’ve seen the previous movies, you’d know that wasn’t exactly the goal by the NFFA, but rather a secret way to kill of the minorities and poor people America. There are a ton of satirical moments in each film that parallel with our unfortunate political and social climate today, but it’s done in the cheapest of ways and goes more for silly laughs than anything worthwhile. The First Purge is basically the same as the rest of the films, however, we get a very tiny glimpse of those who founded the idea, which is Dr. Updale (Marisa Tomei), who is doing an experiment to show that people as a whole would be decent if given this purge chance. 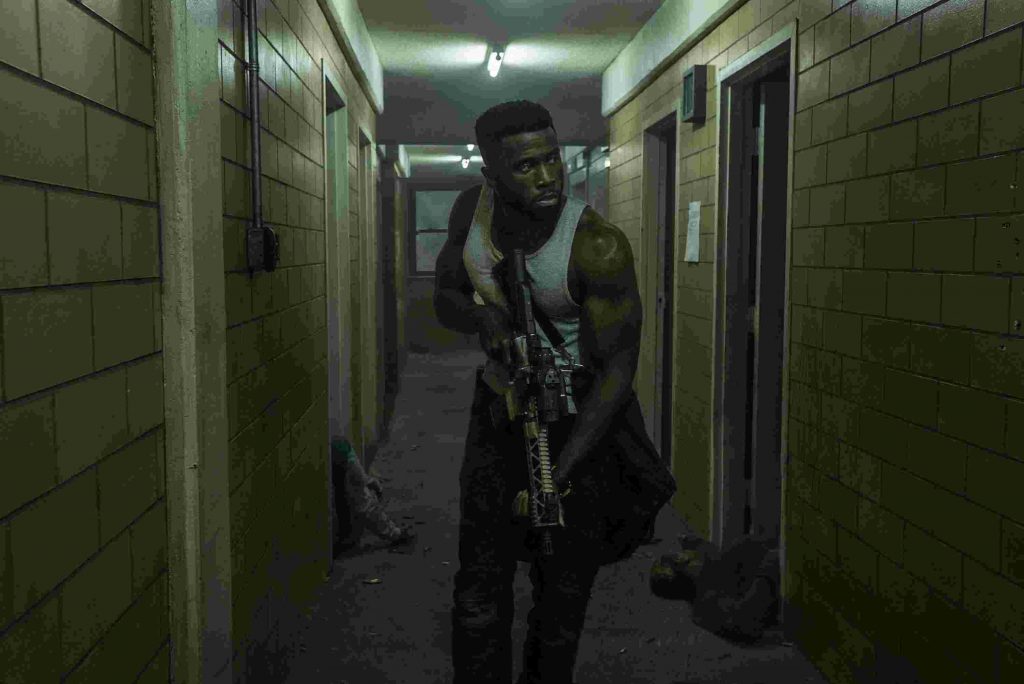 The experiment is setup on Staten Island, where the NFFA signs up people and gives them money if they partake in violent aspects of the purge. Meanwhile, a gang boss named Dimitri (Y’Lan Noel from HBO’s Insecure) is going to hole up with his crew and protect his business, while his one time girlfriend Nya tries to protect her neighbors at a nearby church from this fist Purge. Of course, Dr. Updale’s theory  is correct in that there isn’t a ton of violence happening, but instead people are throwing parties and having sex in the streets, rather than raping and killing everyone. This is when the NFFA secretly puts in play a ton of psychotic mercenaries, dressed up as the KKK or other gang members to start killing the poor and people of color. Dimitri finds out about this, takes off his coat to show his muscles and turns into a Wesley Snipes Blade killing machine, which I think was the best part of the film, despite its silliness. 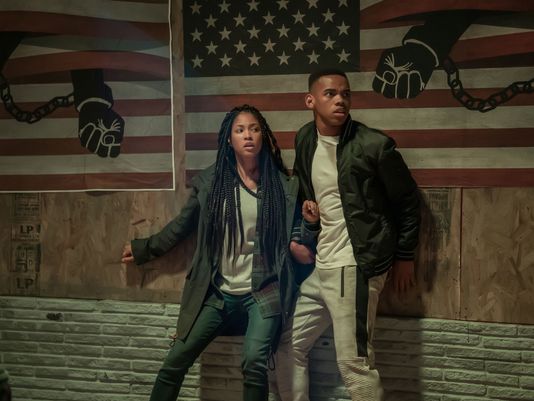 As I said for the satirical moments above, there are several of these sequences that mirror our own reality, but they’re done in such an over-the-top and forgettable way, that they don’t have the intended results, such as a “grabbing pussy” moment. On top of that, in each Purge film, we hear about these new founding fathers, which you would think in a movie called The First Purge, we’d see who they were or how they became to be, or even any insight into their madness. That still isn’t the case in this film, as we just hear spoken piece of dialogue about them – and that’s it. I can understand the filmmakers showing us something different or taking the franchise in a new direction, but it’s more or less the same thing in each film, along with this prequel. If you’ve seen the previous movies, you’ve seen this one, but the character Dimitri is worth exploring further and is worth a look if you enjoy these films.