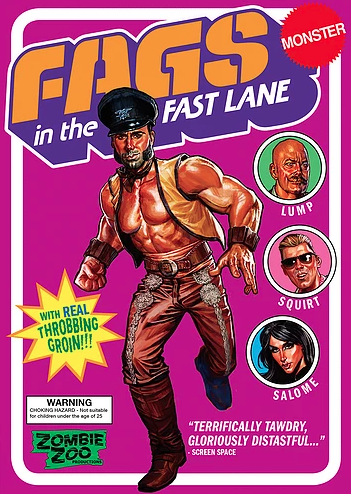 Set in modern day, and after a great bit of an animation sequence, the film sort of follows an X-rated superhero team known as Beauregard Cockslinger, Lump, Salome, Hijra, and Squirt, who are either transgender, recently turned homosexual, assassin, or gay – as they all take on a case to retrieve an artifact known as the golden cock, which basically makes whoever possess it amazing power to wildly fuck. From here, we get to see this team’s adventures or misadventures from one sight gag to the next escapade that will go over great with the midnight audiences. There’s even a granny brothel thrown in for good measure with a familiar face to those seasoned movie buffs out there too. 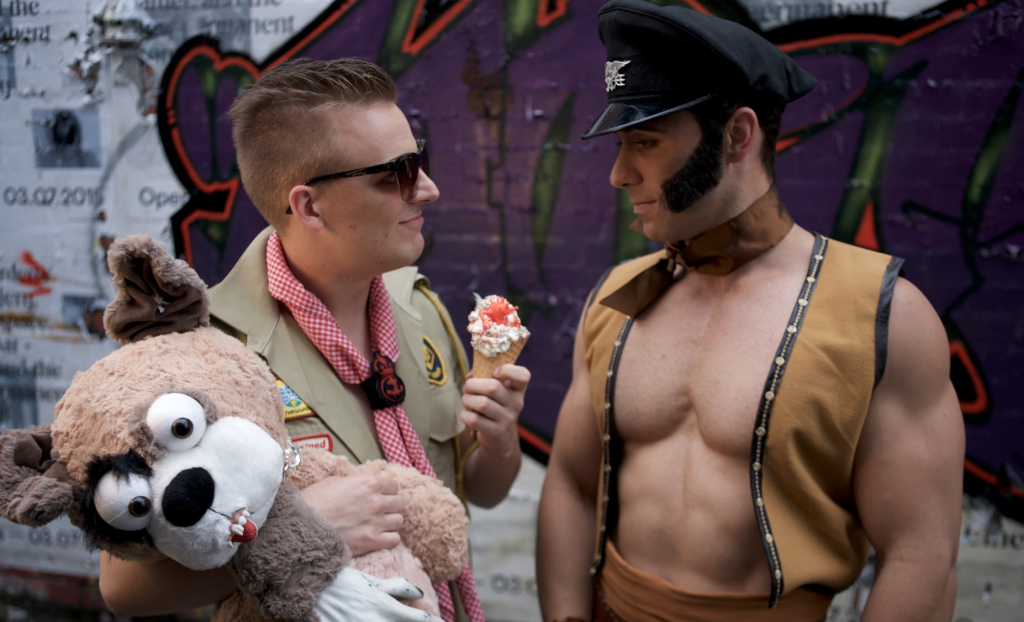 Make no mistake about it, this film is low budget work at its finest, but the filmmaker known as “Sinbad“, does an amazing job in securing locations and making this film beautiful with the small amount of money they had to make it. In fact, I’d say that most of the money went to the incredible promo artwork for the film, which is perfect, because back in the 1970s, the promo artwork or trailers were generally better than the whole movies themselves, which is a great wink to past exploitation films. There’s a ton of fun to be had with this movie, as you can tell each actor is having a great time on screen with their roles.

The gross out gags, including a ridiculously looking fake butthole with a bloody-shit stained bat rammed up it from a trash can are hilarious, but at the same time, takes you out of the whole narrative of the film at times, due to the silliness, but that’s the whole point here. It’s to have fun and bring back this long forgotten genre of exploitation without the big CGI budgets or zombie hordes. This is plain old fashioned perverted entertainment and I love every second of it.

For those of you looking for a good time at midnight and want to relive the golden days of John Waters, hitch a ride and go down on the ‘Fags in the Fast Lane‘. I promise, you’ll swallow it up good.

PURCHASE THE FILM BY CLICKING HERE!