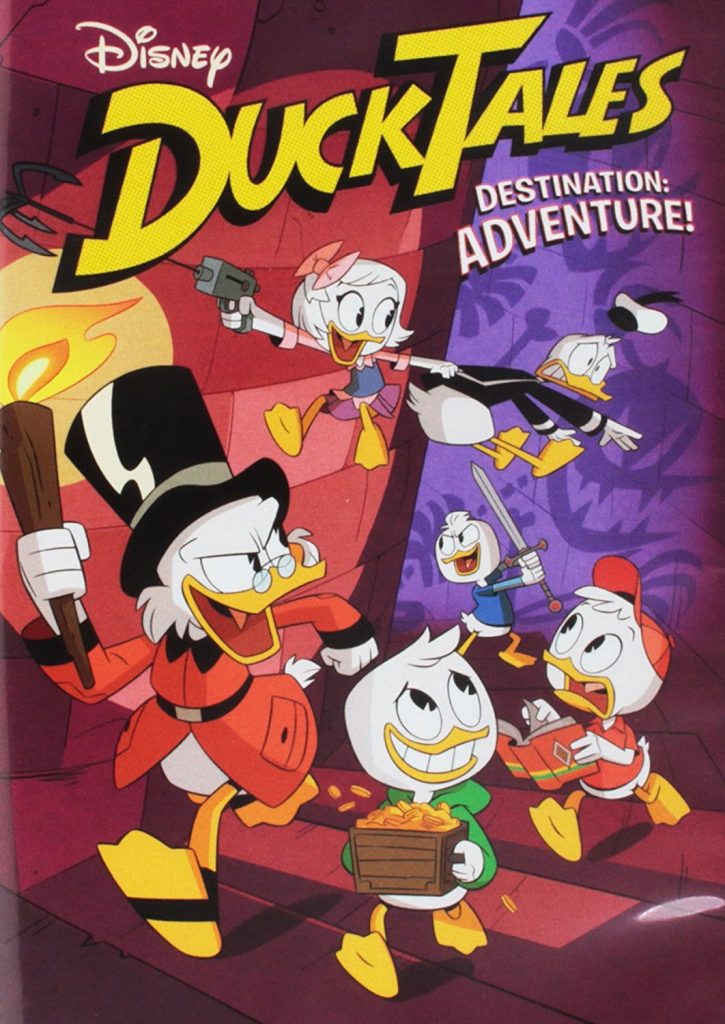 A ton of us grew up on ‘Ducktales‘ back in the 1980s and 1990s. We can even sing the theme song by heart with that famous “WOO-OOO”, which always brings a smile to my face. It seemed like ‘Ducktales‘ was only set for re-runs, but lucky for us, Disney revived the hit animated TV show and now we have new episodes featuring some of our favorite duck characters. We now have a new DVD titled ‘Ducktales: Destination Adventure!‘, which features six episodes of the new series, along with two classic episodes from the original tv show. Now that’s fantastic.

The episode titles here are hilarious as they seem like they’re describing a horror movie. The first episode in this series is titled “The Beagle Birthday Massacre”, which if you just read the title, you might expect a gory horror film. That’s not the case, thank goodness, but it’s rather about Webby headed to a birthday party and destroying a cake. It was delightful and delicious all at the same time. Other episodes include Scrooge and Launchpad McQuack mixing it up with a mummy, hiking up a tall mountain, and learning to drive, which was completely hilarious. 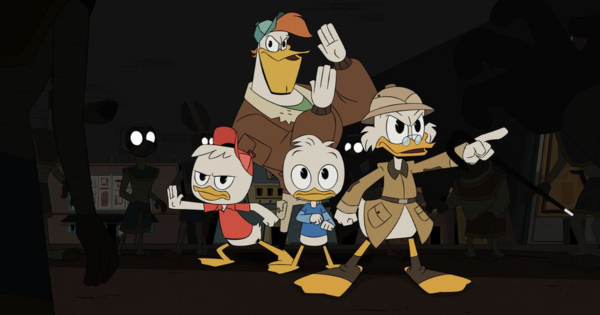 The last episode on the Disc has Scrooge checking his golf game that involves magic horses. I can’t make that up, but it’s a lot of fun for all ages. The new series looks a bit different visually speaking, but is has the same charm, wit, comedy, and endearing message that the original series had.

It’s a great series reboot that will continue to entertain kids and adults alike. If you get this DVD, you’ll also be treated to a couple of classic episodes of the show, which is completely satisfying. If you’re a fan of ‘Ducktales‘, you’re gonna want to have this one in you collection.