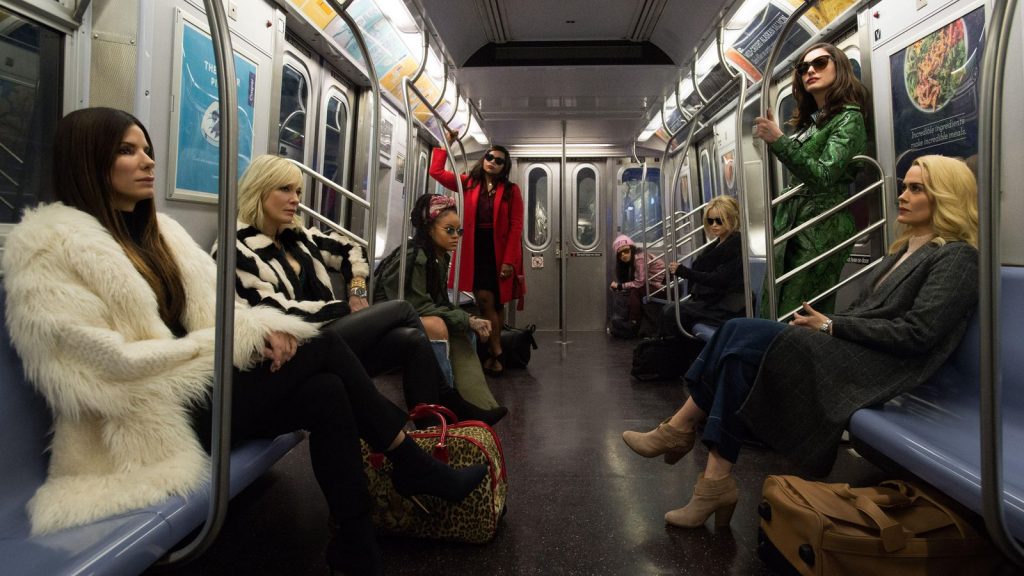 Ocean’s 8 is an enjoyable heist movie, but it brought a fresh spin to the screen for the franchise, and for that reason it’s in the running for my favorite of the films. An all-female cast can come off pretty campy (hey Sex and the City), but when it’s done well (I see you Pitch Perfect), each character brings their own sass and charm to the screen. Oceans does just that, with each of the stars carrying their weight and adding a spark to the role they play as part of the heist team. No one out shined the other; they truly worked as a unit, which I think overall the Ocean films have tried to do. Clooney carried the day in the male led films, but here, all the women brought it.

The film centers around Debbie Ocean (Sandra Bullock), who is the sister of the late Danny Ocean (Clooney), fresh off a 5 year trip to the pen where she’s had more than enough time to plot the perfect heist. The job: steal the Toussaint, a Cartier necklace worth $150 million off the neck of an unsuspecting actress, Daphne Kluger (Anne Hathaway), at the Met Gala. But how will they get the necklace on Kluger and of course the bigger question, how will they get the jewels off without getting caught. 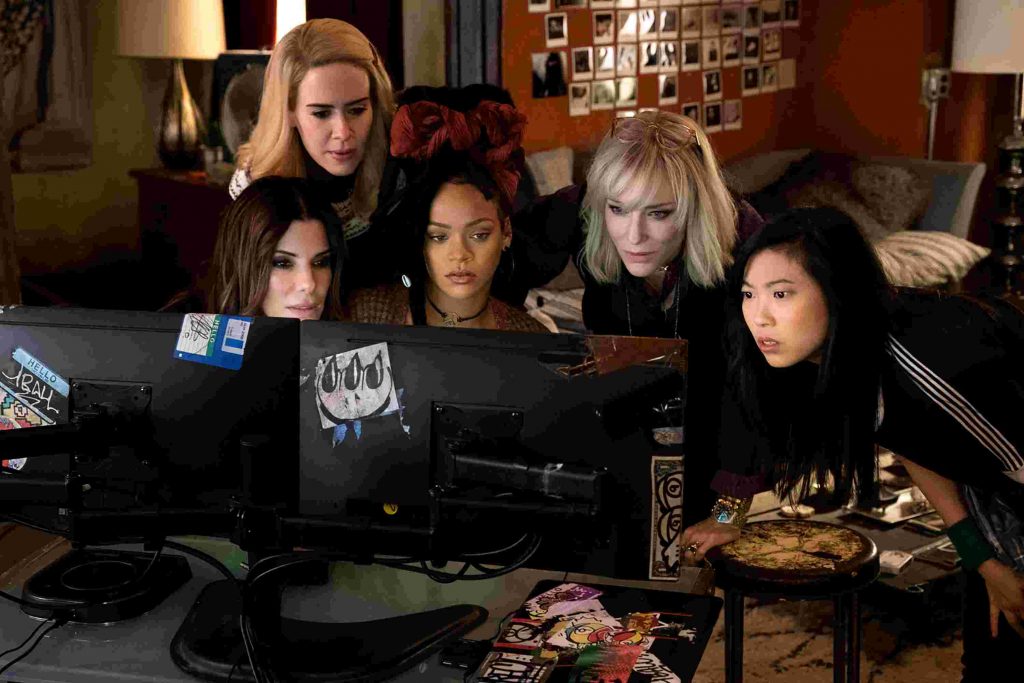 Enter the team of women whose skills lend themselves to pulling this off: 9 Ball (Rhianna), Lou (Cate Blanchett), Amita (Mindy Kaling), Constance (Awkwafina), Tammy (Sarah Paulson), and Rose Weil (the brilliant Helena Bonham Carter). Each has something up her sleeve: hacking, jewelry making and appraisal, fashion design, pick-pocketing, and fence turned stay at home mom. Why does Debbie Ocean want women? Because they are ignored. 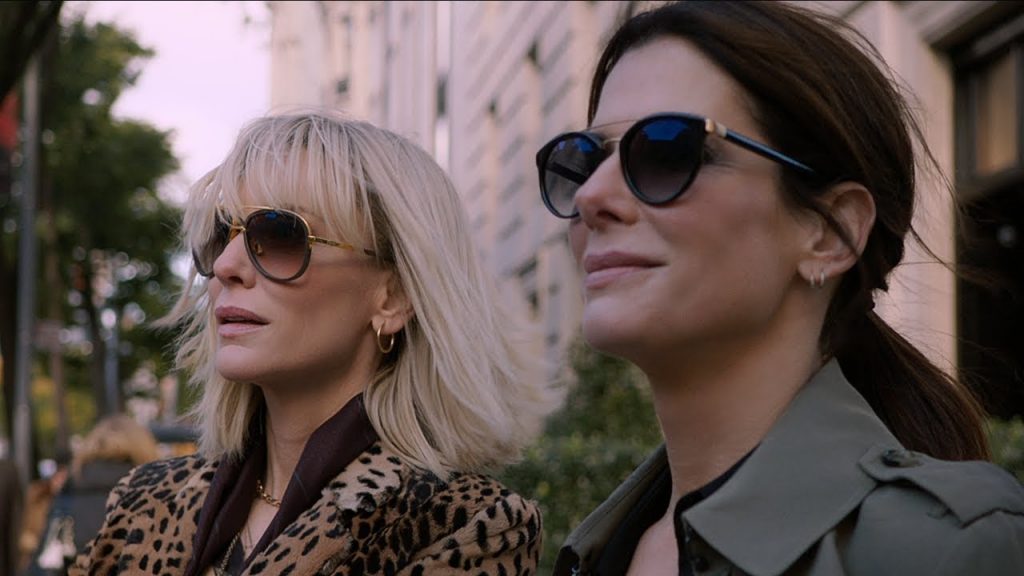 This small but rather bold line is a statement in a film that’s really just a fun movie, but leaves you with a sense that women know their limitations, and yet sometimes, when the world isn’t looking, they come out on top. True to form, it has you feeling like they are always going to get caught, it’s filled with cameos, and the star power doesn’t disappoint. Sure, like all the other films, the heist is full of holes, but the Avengers isn’t real either and we love that franchise, too. Go for the fun, go for the fashion, and go for the females. It’s a good time.