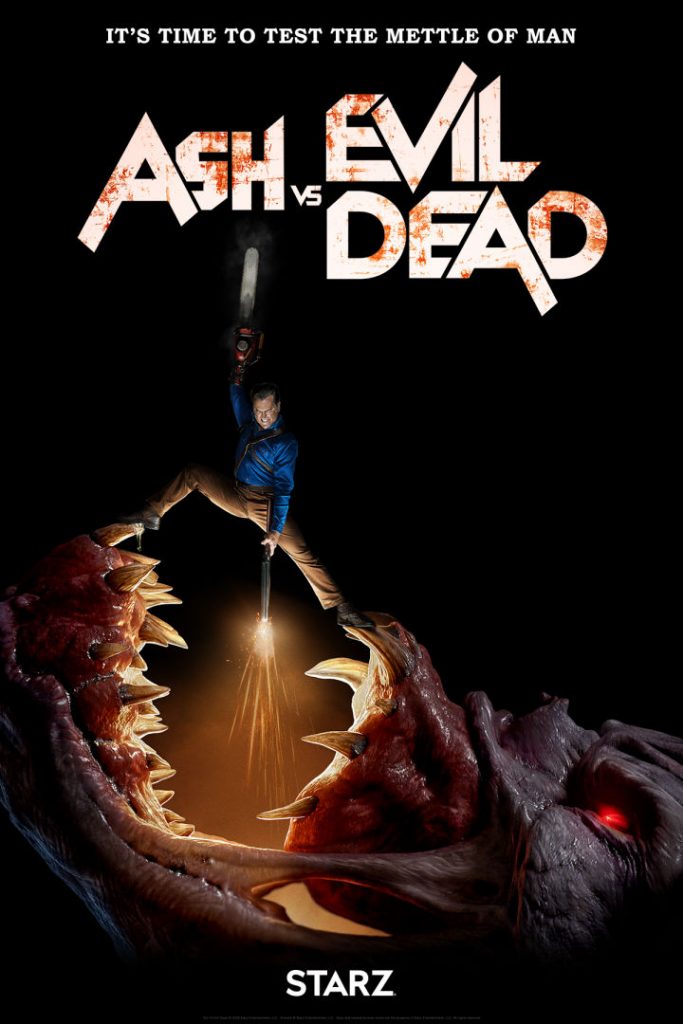 ‘Ash vs Evil Dead’ Season 3 is returning to Starz on February 25th with 10 new episodes in what looks like the best season yet of the bloody-as-hell, hilarious, and best show in the entire world. I never thought I needed to hear Bruce Campbell say that he used his chainsaw hand to kill demons and monsters, but now he uses it to slash prices at his new job. I nearly died.

This new season looks like so much fun and introduces quite a few new characters, including a long lost daughter of Ash named Sandy – wait no Brandy, which in the trailer, looks damn funny. Lucy Lawless, Ray Santiago, and Dana DeLorenzo all return in their respective roles to battle more deadites, monsters, and evil. Even Lee Majors couldn’t say no in returning for an other season.

It looks like business as usual here, but towards the end of the trailer, it looks like Starz spent some extra money on a giant monster to fight Ash. I can’t wait. Sam Raimi, Ivan Raimi, and Rob Tapert all return as well to produce the show. If you haven’t seen this show, you’re completely missing out.

Enjoy the trailer with an excellent added ‘Take on Me‘ by a-ha! It’s perfect if you think about it.