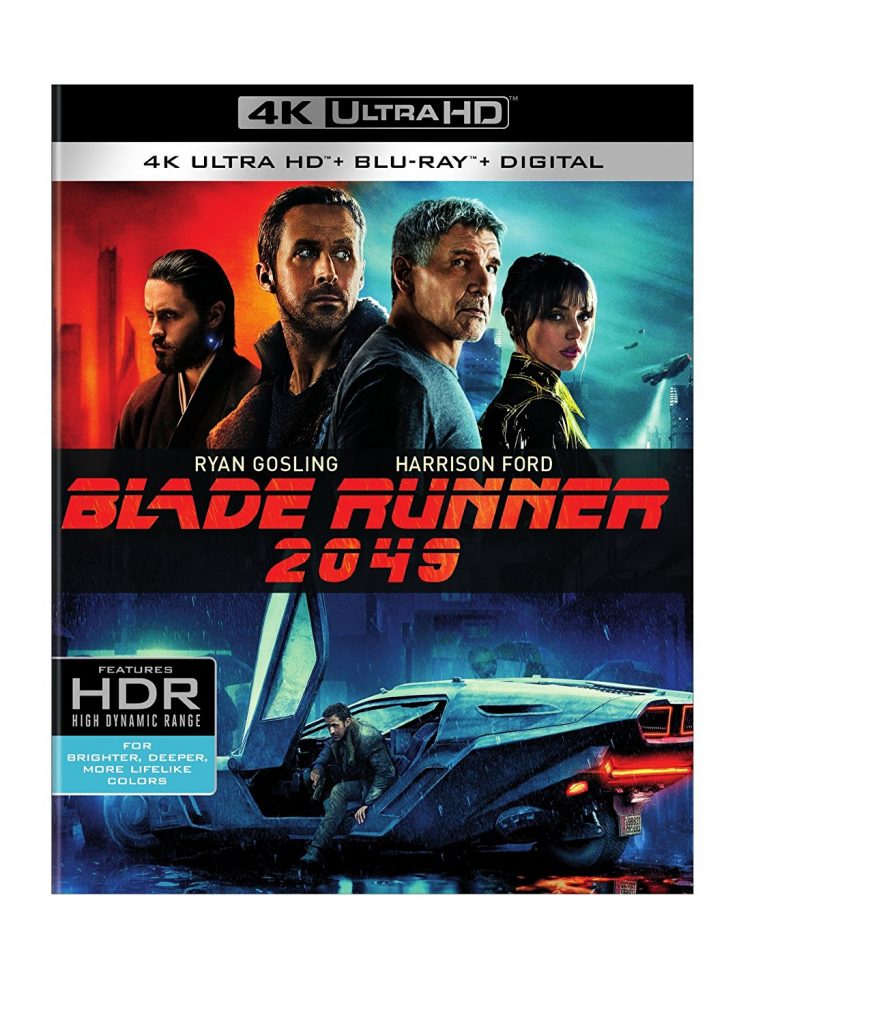 (Portions of this “film” review are written by Dan Moran)

Sequels should never be this good. Blade Runner 2049 is Blade Runner adjacent. It is packed with so many themes and things to discover on repeat viewings. The connection to the original is blatantly there but this movie pushes so far beyond the original and expands the World.

Denis Villeneuve directed such an incredibly looking movie and it doesn’t hurt that he has arguably the most dynamic actor working consistently right now in Ryan Gosling to bring the thesis of the movie bubbling to the surface with a fantastic nuanced performance. This really was the best looking movie of 2017 and I think down the road I’ll only appreciate it more.

Three decades after the events of the first film, a new blade runner, LAPD Officer K, unearths a long-buried secret that has the potential to plunge what’s left of society into chaos. K’s discovery leads him on a quest to find Rick Deckard, a former LAPD blade runner who has been missing for 30 years.

Blade Runner 2049 is one of those rare experiences with a movie, and even a sequel that rally takes you don the rabbit hole and makes you appreciate science-fiction as a whole. In addition to that, the story that is told on screen perfectly fits into this Blade Runner universe with excellent performances from Harrison Ford, Gosling, and Leto. You won’t soon forget this film in all its glory and astonishing visuals. 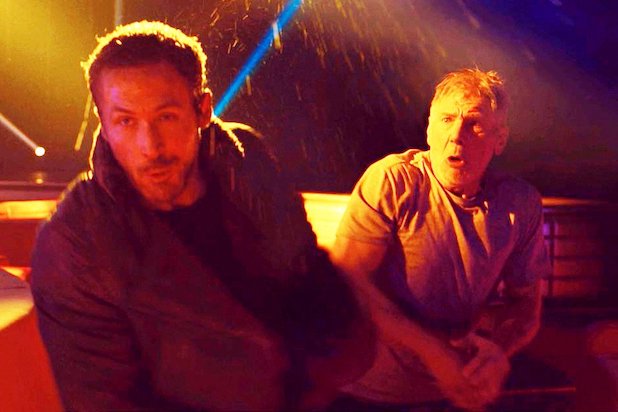 The Video: Warner Bros.’ Blade Runner 2049 comes in 4K UHD with an option of HDR10 encoding, which is the way to go for sure here. It is presented in 2.40:1 aspect ratio as well, but it would have been nice to have the 1.90:1 IMAX presentation as well for those of us with larger screens. Colors are wildly bold and striking at every corner here as the magnificent DP Roger Deakins has perfectly framed and brought every single detail to life her on the screen. The amazing color scheme in every scene is bright and glorious.

The bright neon signs illuminate the streets of the futuristic city as it perfectly contrasts well with the bitter darkness of the ground below. The different color spectrums from the vast yellows and oranges of interiors to the cool blues and silvers of other exterior shots all look phenomenal. Detail is ultra sharp and vivid throughout too. Closeups reveal every facial pore, individual hair of stubble and head hair greatly, which is key in this movie as there isn’t a ton of dialogue, so the actor’s use their body language to tell the story. Wardrobe reveals fine stitching as well. The CGI effects are always sharp and realistic without ever going soft.

In fact, a lot of the film has practical effects, which you can see every scuff mark, dent, and piece of dirt on the vehicles and buildings very easily. The scene where sand is picked up in the wind looks equally sharp without any pixelation of murkiness either, which is a delight. The black levels are impressively deep and inky with varying degrees of darkness and the skin tones are always natural too. There are zero instances with aliasing, banding, and video noise. This is a demo-worthy video presentation for sure.

The Audio: The 4K UHD Disc comes with a Dolby Atmos mix that is just magnificent. What a wonderful audio experience this release has that fully immerses you into this futuristic world. Hans Zimmer’s updated score really drives home every emotion and suspenseful moment in the film with deep bass crescendos and powerful chords that bring deep bass to the soundscape. It’s truly an amazing score. Sound effects are robust and lively throughout too, including K’s weapon which brings an intense boom every time it’s fired.

The sound reverbs nicely and with excellent directionality. Other action beats sound crips and boastful as well. The height speakers are a charm as well, as the spinners sound like they take off and land right in your viewing room. It’s that good. The amount of highs and lows and bass with this just adds to the whole immersive experience. Other sound effects and ambient noises are just as great too. The wind in the background and bees buzzing around all provide excellent atmospherics. The added height speakers really immerse you into this western horror show with tons of atmospheric sounds. Again, bass is thick and glorious and the dynamic range is very wide. Directionality is perfect and the dialogue is always crystal clear and free of any pops, cracks, hiss, or shrills.

Designing the World of Blade Runner 2049 (HD, 22 Mins.) – The cast and crew all talk about the new worlds and updated sets for the new film in detail. You’ll see some on set footage as well. Definitely a cool bonus feature.

To Be Human: Casting Blade Runner 2049 (HD, 17 Mins.) – The director and producers discuss the casting process for almost every character in the film.

Prologues (HD, 28 Mins.) – These are three short films that act as prequels to the Blade Runner 2049 movie itself. One is an anime film and the other two are live-action directed by Ridley Scott’s son that tell certain stories that are referenced in the main film. Each short film is intro’d by Denis Villeneuve.

Blade Runner 101 (HD, 12 Mins.) – There are six different segments here, all of which focus on different aspects of the whole Blade Runner realm and the overall design of  movie.

Blade Runner 2049 is an impressive film that might be one of the best look movies, visually speaking in a very long time. You can tell that Denis Villeneuve and Ridley Scott took their time with this film and still had a lot of  love for it. There is so much attention to detail here and it shows. The story is great and is in the truest form of sci-fi that you can get with promoting new ideas, while still incorporating the old ones from the original film. The HDR10 presentation is top notch and demo worthy and the Dolby Atmos presentation will knock your socks off. There are also a ton of extras that are worth watching here with tons of participants. HIGHLY RECOMMENDED INDEED!