Additions Coming To The Criterion Collection in April 2018!!!

If you’re ready to add to your own personal film collection, check out what The Criterion Collection will be releasing in April 2018 as they add to their own ranks. 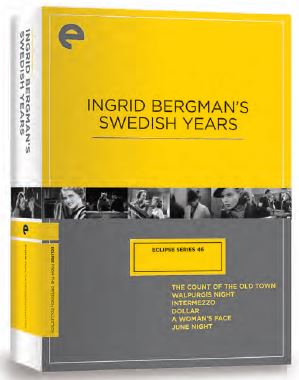 To kick off the April releases we begin with a collection of six films from actress Ingrid Bergman. These are only six of the ten films she appeared in before the age of twenty-five in her native homeland of Sweden. 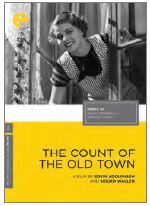 The Count of the Old Town

Ingrid Bergman’s first speaking role was in this hugely charming knockabout comedy, filmed on location in the Monk’s Bridge district of Stockholm. Bergman plays an amiable young chambermaid being wooed by a handsome stranger, who may or may not be a jewel thief. Enlivened by cheeky humor and a cast of neighborhood eccentrics, The Count of the Old Town offered Bergman a chance to warm up her all-too-rarely displayed comedy skills.

Lena (Ingrid Bergman) is in love with her married boss, Johan, in this romantic drama that takes Sweden’s declining birth rate as a backdrop and stirred up controversy with its depiction of abortion. While Lena dreams of marriage and motherhood, Johan’s wife is fiercely unmaternal. Johan and Lena have a chance to be together, but their happiness is threatened by blackmail and murder. The great Victor Sjöström plays Lena’s fiercely protective father, a newspaper editor convinced that the population problem will be solved by love, not legislation.

This gorgeous romantic confection, which catalogs a doomed love affair between a married violin virtuoso and a young pianist, is graced by a leading performance by Ingrid Bergman (her first), in a role created especially for her; a costarring turn by the legendary Swedish actor Gösta Ekman; and beautiful direction by Gustaf Molander. It was a defining part for Bergman, as it made her a star in Sweden and caught the eye of American producer David O. Selznick, who offered the young actor a Hollywood contract and the chance to remake Intermezzo in English with Leslie Howard.

Ingrid Bergman excels as the frustrated spouse of a busy industrialist with conservative views about how his wife should behave in public, in this sparkling Swedish take on screwball comedy that touches on dark themes, directed by Gustaf Molander. Three couples retire to a ski lodge, where they quarrel and flirt. The arrival of an American investor stirs the waters and forces revelations, as Bergman’s character, who initially appeared to be catty and faithless, is revealed as sweet, sympathetic, and heartbroken.

In this dramatic thriller, Ingrid Bergman takes on an uncharacteristically vicious role as Anna, a bitter, nefarious blackmailer with a disfigured face. Gustaf Molander directs, meticulously hiding and revealing Bergman’s features as necessary. After Anna is given an operation to restore her looks, she embarks on a scheme that requires her to go undercover as a nanny to a rich family, but as her personality softens and she discovers maternal instincts she never knew she had, her latest plot is put in jeopardy. Joan Crawford would star in the Hollywood remake. 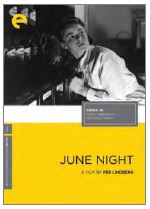 This noirish romance stars Ingrid Bergman as a shy young woman who is shot by her lover. Following his trial, she begins a new life in Stockholm under an assumed identity, working at a pharmacy and making new friends at the rooming house where she takes up residence. Both a grim exposé of sexual politics and a sensual romance, June Night features a remarkably intense performance from Bergman as a woman weighed down by a secret, symbolized by a scar near her heart, who learns to fall in love again.

In this Oscar-winning farce, Cary Grant (in the role that first defined the Cary Grant persona) and Irene Dunne exude charm, cunning, and artless affection as an urbane couple who, fed up with each other’s infidelities, resolve to file for divorce. Try as they each might to move on, the mischievous Jerry can’t help but meddle in Lucy’s ill-matched engagement to a corn-fed Oklahoma businessman (Ralph Bellamy), and a mortified Lucy begins to realize that she may be saying goodbye to the only dance partner capable of following her lead. Directed by the versatile Leo McCarey, a master of improvisation and slapstick as well as a keen and sympathetic observer of human folly, The Awful Truth is a warm but unsparing comedy about two people whose flaws only make them more irresistible. 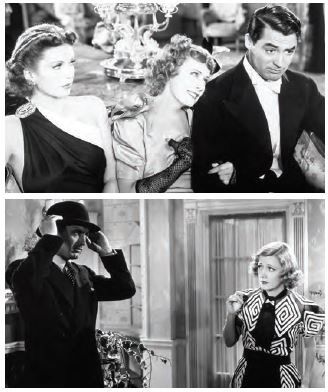 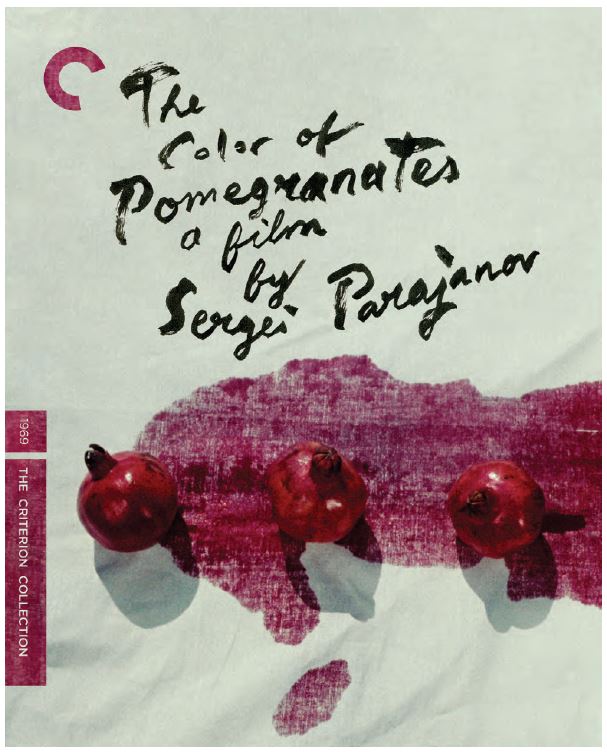 The Color of Pomegranates

A breathtaking fusion of poetry, ethnography, and cinema, Sergei Parajanov’s masterwork overflows with images and sounds that burn into the memory. In a series of tableaux that blend the tactile with the abstract, The Color of Pomegranates revives the splendors of Armenian culture through the story of the eighteenth-century troubadour Sayat-Nova, charting his intellectual, artistic, and spiritual growth through iconographic compositions rather than traditional narrative. The film’s tapestry of folklore and metaphor departed from the realism that dominated the Soviet cinema of its era, leading authorities to block its distribution, with rare underground screenings presenting it in a restructured form. This edition features the cut closest to Parajanov’s original vision, in a restoration that brings new life to one of cinema’s most enigmatic meditations on art and beauty. 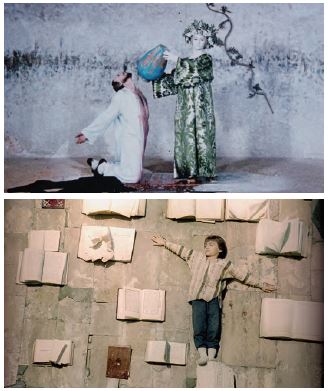 Special Edition Features
* New 4K digital restoration, undertaken by The Film Foundation’s World Cinema Project in collaboration with the Cineteca di Bologna, with uncompressed monaural soundtrack on the Blu-ray
* New audio commentary featuring critic Tony Rayns
* New video essay on the film’s symbols and references, featuring scholar James Steffen
* New interview with Steffen detailing the production of the film
* Sergei Parajanov: The Rebel, a 2003 documentary about the filmmaker, featuring him and actor Sofiko Chiaureli
* The Life of Sayat-Nova, a 1977 documentary about the Armenian poet who inspired The Color
of Pomegranates
* New English subtitle translation
* PLUS: An essay by film scholar Ian Christie 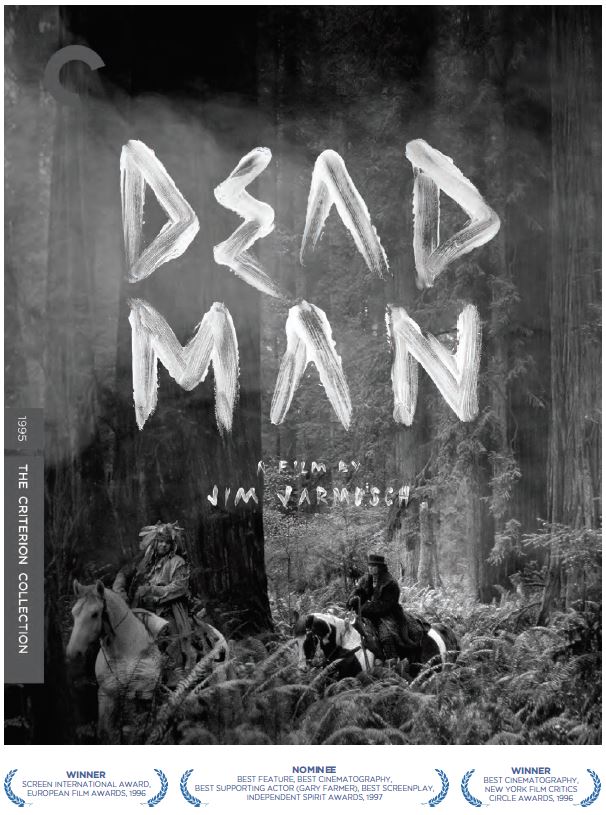 With Dead Man, his first period piece, Jim Jarmusch imagined the nineteenth-century American West as an existential wasteland, delivering a surreal reckoning with the ravages of industrialization, the country’s legacy of violence and prejudice, and the natural cycle of life and death. Accountant William Blake (Johnny Depp) has hardly arrived in the godforsaken outpost of Machine before he’s caught in the middle of a fatal lovers’ quarrel. Wounded and on the lam, Blake falls under the watch of the outcast Nobody (Gary Farmer), a Native American without a tribe, who guides his companion on a spiritual journey, teaching him to dispense poetic justice along the way. Featuring austerely beautiful black-and-white photography by Robby Müller and a live-wire score by Neil Young, Dead Man is a profound and unique revision of the western genre. 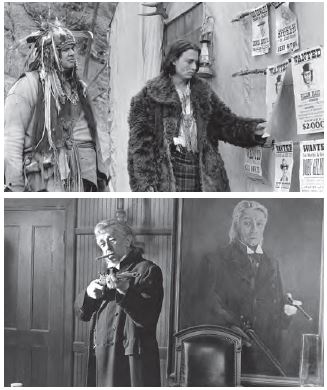 With this debut feature, Sofia Coppola announced her singular vision, which explores the aesthetics of femininity while illuminating the interior lives of young women. A faithful adaptation of Jeffrey Eugenides’s popular first novel, The Virgin Suicides conjures the ineffable melancholy of teenage longing and ennui in its story of the suicides of the five Lisbon sisters, stifled by the rules of their overprotective religious parents-as told through the collective memory of a group of boys who yearn to understand what happened. Evoking its 1970s suburban setting through ethereal cinematography by Ed Lachman and an atmospheric score by Air, the film secured a place for its director in the landscape of American independent cinema and has become a coming-of-age touchstone.