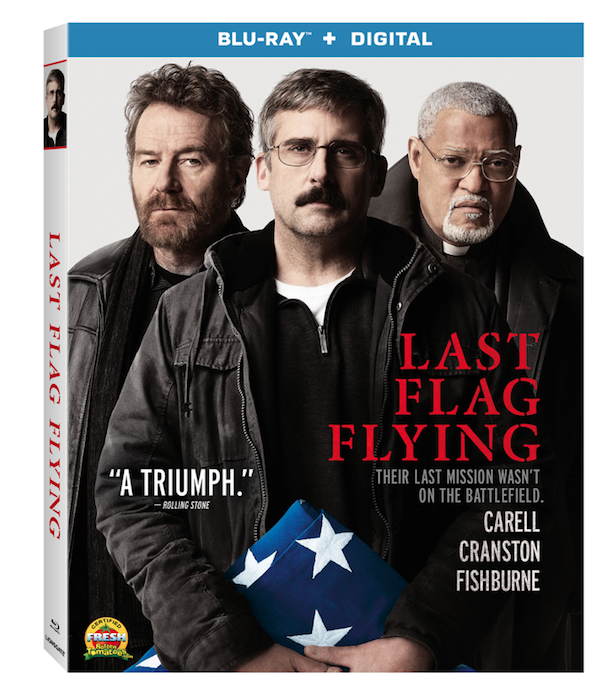 ‘Last Flag Flying‘ is coming to Blu-ray on January 30th and will be available digitally on January 16th. The film is directed by Richard Linklater (Dazed and Confused, Everybody Wants Some, Boyhood) and stars Steve Carell, Bryan Cranston, and Laurence Fishburne, and is based on Darryl Ponicsan’s book of the same name. The movie focuses on three older men who all served in Vietnam together. Fast forward many years later, they are all reunited when one of their son’s has died in the Iraq war and they road trip to bury the fallen. It’s a different kind of movie for sure in Linklater’s list of movies, but he proves that he can tackle any subject, even if it isn’t as silly or fun as the above mentioned films of his. There will be audio commentaries, behind the scenes featurettes, deleted scenes, and more included on this Blu-ray. Below is more information on the release.

In 2003, thirty years after they served together in the Vietnam War, former Navy Corps medic Richard “Doc” Shepherd (Carell) reunites with former marines Sal Nealon (Cranston) and Reverend Richard Mueller (Fishburne) on a different type of mission: burying Doc’s son, a young marine killed in the Iraq War. Doc decides to forgo a burial at Arlington National Cemetery and, with the help of his old buddies, takes the casket on a bittersweet trip up the East Coast to his home in suburban New Hampshire. Along the way, Doc, Sal and Mueller reminisce and come to terms with shared memories of the war that continues to shape their lives. 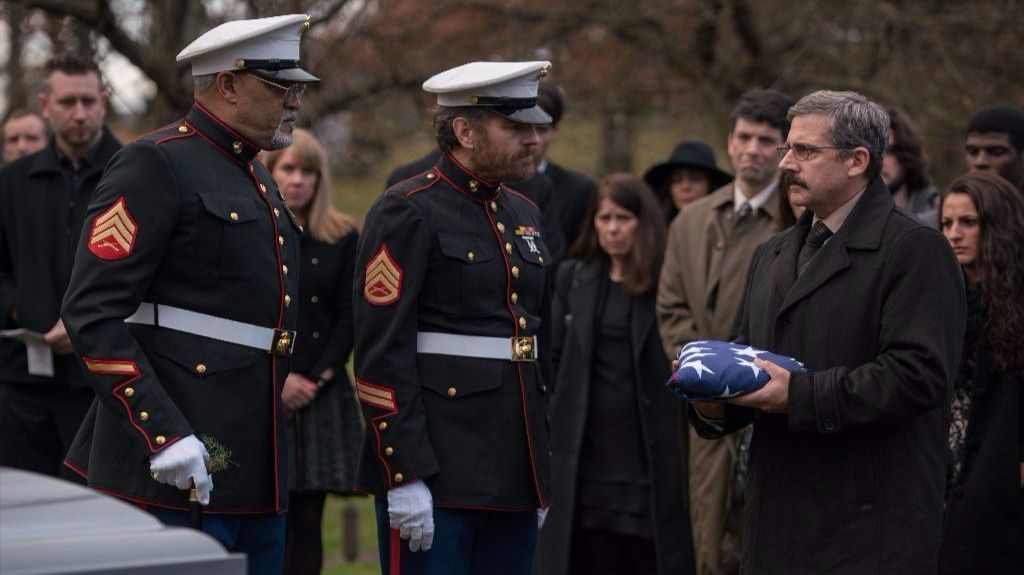