The Boston Marathon Bombing was a horrific tragedy that only happened a few years ago, where a bomb went off at the finish line of the big marathon. People died and even more were injured. Amongst those injured was a young guy named Jeff Bauman, who lost both of his legs at that bombing. We’ve seen a number of films that have dealt with terroristic attacks that involve elite military teams or big action sequences. Other films might tackle a group of police officers or a group of people who have to deal with this attack. That’s not the case with this fantastic and melancholy film called ‘Stronger‘.

Director David Gordon Green (Pineapple Express, Joe) has perfectly told this story of Bauman’s life that is not all roses and puppy dogs. In fact, it’s quite the opposite as we see the short-comings in Bauman’s life due to his unhealthy family life and his own endeavors. The added leg loss just adds to everything. That’s what makes ‘Stronger’ stand above and beyond the rest of these types of films, in that it focuses on one character’s redemption in a realistic way.

The film follows Bauman (Jake Gyllenhaal) as he is unwilling to commit to anything and works at a supermarket, in addition to not standing up to his abusive mother (Miranda Richardson). His girlfriend or lack thereof, Erin runs into Jeff at a bar and tells him that she’s running in the Marathon. Jeff is a good guy, but lazy and a schlub. He tells her her will see her cross the finish line and when he does, the bomb goes off and he loses his legs. We’ve all seen the famous photo. He is able to identify the attackers and is then considered a hero.

His mother, who is an alcoholic begins to book him for interviews, which causes some severe PTSD. From here, we see the downfall of Jeff. He stops going to therapy, he drinks until he can’t move around, and is unwilling to still commit to Erin. We know things change, because this is based on a true story, but what David Gordon Green does is show this amazing guy who just can’t seem to get it together, even though you root for him to do so.

The sad home-life he’s had and his non-ability to confront his mother is shown to great lengths, which in the end pays off greatly in the most subtle way. Gylenhaal is excellent here with body language and his emotions in playing this real life Bauman guy. I smell awards for this man for sure. ‘Stronger‘ is an inspiring movie in that anyone can overcome any obstacle, rather it be dealing with family, drinking, or even losing limbs. An excellent film.

The Video: ‘Stronger‘ walks to Blu-ray with a 1080p HD transfer and is presented in 2.40:1 aspect ratio. The who image looks quite good, but has a rather soft look to it, oddly enough. Colors are natural, if not a little bit on the cool side of things. It’s almost as if there is a slight blue filter applied. Reds are a bit muted as are yellows and browns, but they still look good on screen.

Detail shows some good closeups with facial pores, individual hairs, and certain scratches and scuff marks on the wheelchair and in at the rehab facility, which all look good. Black levels are deep and inky and the skin tones look a little bit pale. There were no issues with any banding, aliasing, or vide noise. The picture looks good enough, but I expected something sharper.

The Audio: This release comes with a lossless DTS-HD MA 5.1 mix and sounds good for a mostly dialogue driven film. The soudntrack is rather soft and quiet for the most part, which keeps the sound on the front channels. When reporters come by the dozen or in scenes at public places or sporting events, the surrounds really take off nicely with ambient noises of crowds talking, cheering and yelling about.

Other sound effects are loud enough, but are never over bearing. You might have to turn up your volume a couple of points on this one. The score always adds to the emotion of each scene and the bass kicks in during the more populate moments. Dialogue is clear and easy to follow along with, and free of any pops, cracks, hiss, and shrills. 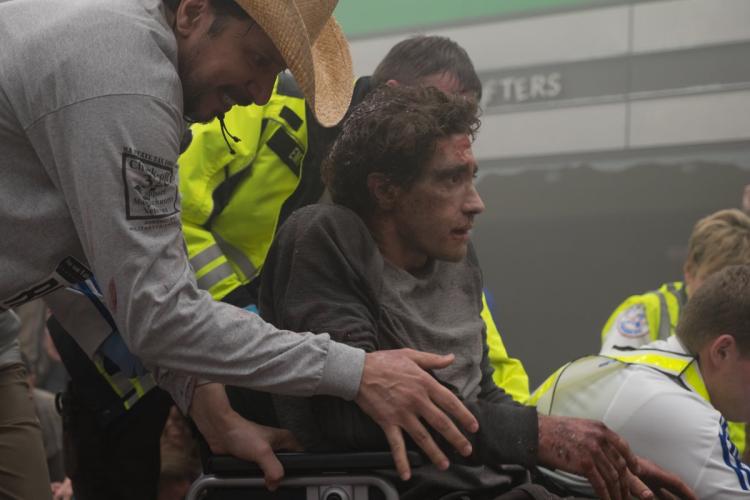 Faith, Hope, and Love: Becoming Stronger (HD, 30 Mins.) – The cast and crew, as well as the real guy Jeff Bauman give interviews here about making the film and the actual event. Clips from the film and onset footage is available to in between interviews. A decent bonus feature. 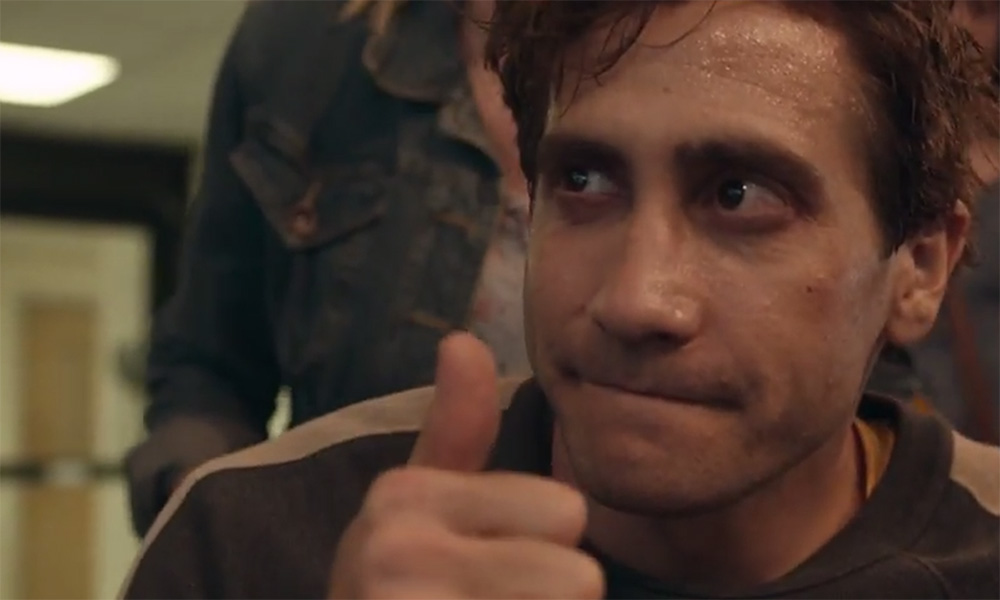 ‘Stronger‘ is a wonderful film that is very depressing, yet truly terrific and heart-warming. David Gordon Green captures both emotional tones perfectly in this true and tragic story. It’s very inspiring. Jake Gyllenhaal is excellent in this performance as well. The video and audio are good enough, but they could be better. The one extra delivers some good information, but I think there needed to be more here. Still, this comes Recommended!