Own ‘The Glass Castle’ On October 24 From Lionsgate!!! 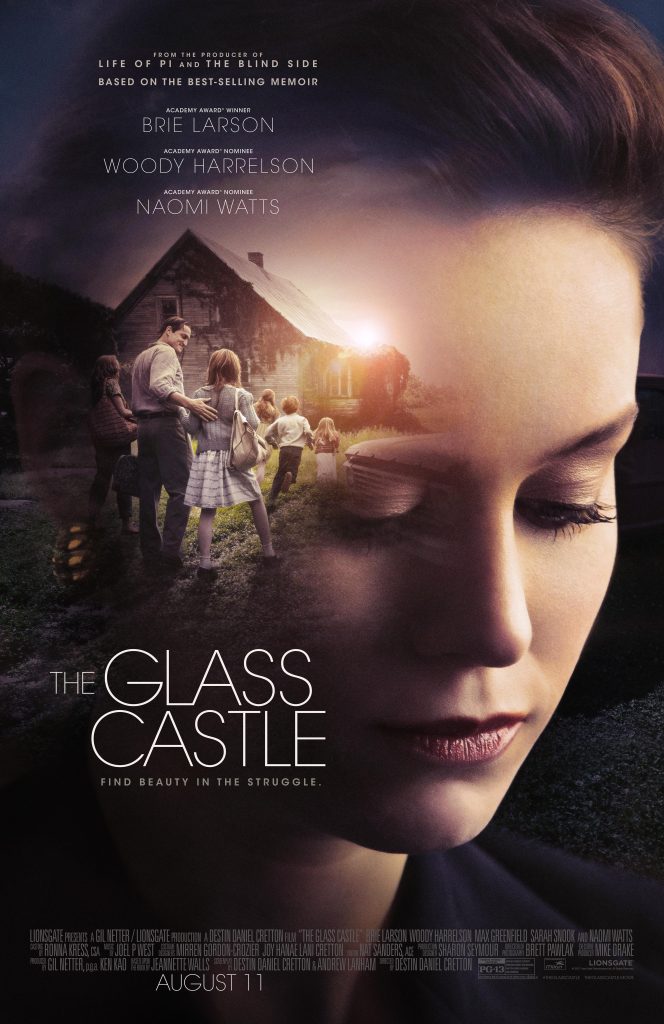 Based on the best-selling memoir written by Jeannette Walls, Oscar winner Brie Larson (Best Actress, ‘Room‘) and Oscar Nominee Woody Harrelson (Best Supporting Actor, ‘The Messenger‘) star in ‘The Glass Castle‘, arriving on Digital HD October 24 and Blu-ray (plus Digital HD), DVD and On Demand November 7 from Lionsgate. Hailed as “one of the must-see movies of 2017” by Vanity Fair, ‘The Glass Castle‘ chronicles the adventures of a young girl growing up in a dysfunctional family of nonconformist nomads. From the producer of ‘The Shack‘ and ‘The Blind Side‘, the film also stars Oscar Nominee Naomi Watts (Best Actress, ‘The Impossible‘) and Golden Globe Nominee Max Greenfield (Best Supporting Actor – ‘Television‘, ‘New Girl‘).

Chronicling the adventures of an eccentric, resilient and tight-knit family, The Glass Castle is a remarkable story of unconditional love. Larson brings Jeannette Walls’s best-selling memoir to life as a young woman who, influenced by the joyfully wild nature of her deeply dysfunctional father (Harrelson), found the fiery determination to carve out a successful life on her own terms.
Directed by Destin Daniel Cretton (‘Short Term 12‘) and written for the screen by Cretton & Andrew Lanham, ‘The Glass Castle‘ features all-new bonus content including a behind-the-scenes featurette and deleted scenes.