License to Drive getting all Female Remake! 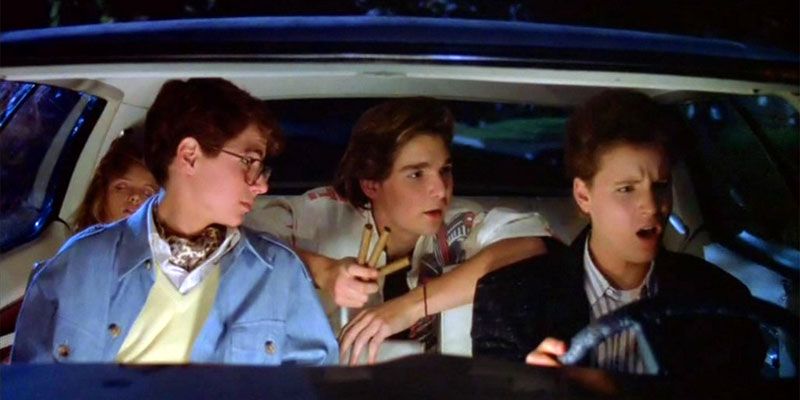 Terrible news, everyone. Hollywood is remaking the 1988 comedy ‘License to Drive‘ that starred Corey Haim and Corey Feldman. This time, it’s going to be all women in the lead roles. So basically, they are going to Ghostbuster it up, meaning this will be a complete shit-show. Alisha Brophy and Scott Miles will develop the remake, according to Deadline, which is being described like a female version of Superbad and License to Drive.

Brophy and Miles haven’t really done anything, making this their first big project. All of these remakes are horrible ideas. Just to remake a movie for the sole factor of having a different ethnic or gender hook is completely stupid and never works. See the recent Ghostbusters film or even the Death at a Funeral remake. We all know the new Ocean’s 11 film with the all female cast will be awful too.

I get wanting to remake movies, even though it’s always a terrible idea, but just to reboot or remake something for the sole reason of having an all female cast just doesn’t make sense. There are so many great filmmakers out there with original ideas and excellent screenplays that these studios can pull from. Remember when they tried to remake Adventures in Babysitting with Jonah Hill? Yeah, fucking awful. Stop doing this. Nobody likes it.

The original License to Drive was fantastic, funny, and has some iconic scenes and dialogue in it. Growing up in the 80s and 90s, you could totally relate to the story, which follows a teenager who fails his driving test to get his license, but then sneaks out with some friends to go to party and go on a date. The results are hilarious and disastrous. This new remake will have zero heart, soul, or anything funny to it – guaranteed. Instead of seeing this remake, watch the original version instead.