The Mummy (1999) is by far one of the best movies I’ve ever seen.  Written and directed by Stephen Sommers, it works as an homage to classic monster movies, great adventures, and old school “hero of the day” golden age of cinema films.  Starring Brendan Fraser, Rachel Weisz, and what can only be described as a truly breakout performance by Arnold Vosloo as The Mummy Himself, Imhotep!

The Mummy (1999) manages to turn a what would otherwise be a ridiculous script into truly enjoyable cinema.  It remains tongue in cheek almost to a fault, but the lighthearted nature of the cast, the just the right amount of cheesy special effects, and the overall tone of never taking itself too seriously really makes it the perfect epitome of “popcorn flick.”

Brendan Fraser, who stars in The Mummy (1999), gives his character just the right amount of camp.  He comes off as an overly self-absorbed Indiana Jones trope.  The image of American egotism, but presented in a lovable nature.  He’s a good looking rough living bandit turned hero, and the audience will love him for it.

Fraser is supported by a cast of plucky sidekicks.  Love interest Rachel Weisz, who plays the snobby British lady on expedition, her brother Jonathan (played by John Hannah), and great work by Kevin J. O’Connor as a villain who is pretty fantastic comic relief.

And then of course there is The Mummy (1999) himself, Arnold Vosloo.  He commands the screen every single time he is present.  You can tell that he really gives his all to the role.  It would be slightly over the top, if the movie itself wasn’t already so wonderfully over the top.

Ultimately, The Mummy (1999) is a fine film that is sure to spawn a number of sequels, and probably a couple of spin offs starring Dwayne the Rock Johnson.  It’s great mindless fun, but it really does have heart.  There’s a number of gut busting laugh out loud moments, but it really is classic action film at heart. 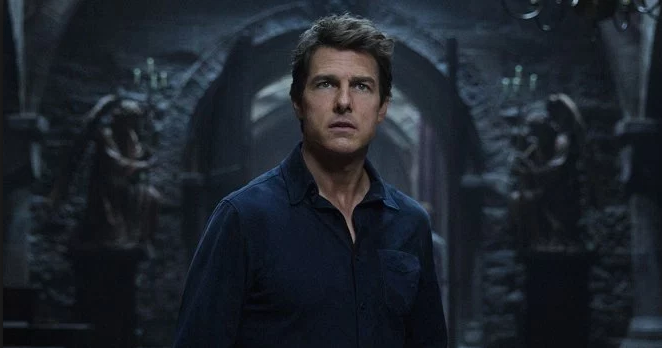 The Mummy (2017) is none of these things.  It’s a watered-down version of a great film.  It tries to be funny on occasion, but misses the mark every time.  It takes itself way too seriously.  It’s an homage to Tom Cruise films starring Tom Cruise.  Also, it has Russell Crowe for no reason.  Also, screenplay by David Koepp.  As I say, “oops, I nearly David Koepped my pants.”  The redeeming quality is that the effects are cool and Sofia Boutella is fantastic as the Mummy herself.  And that’s all I have to say about that.