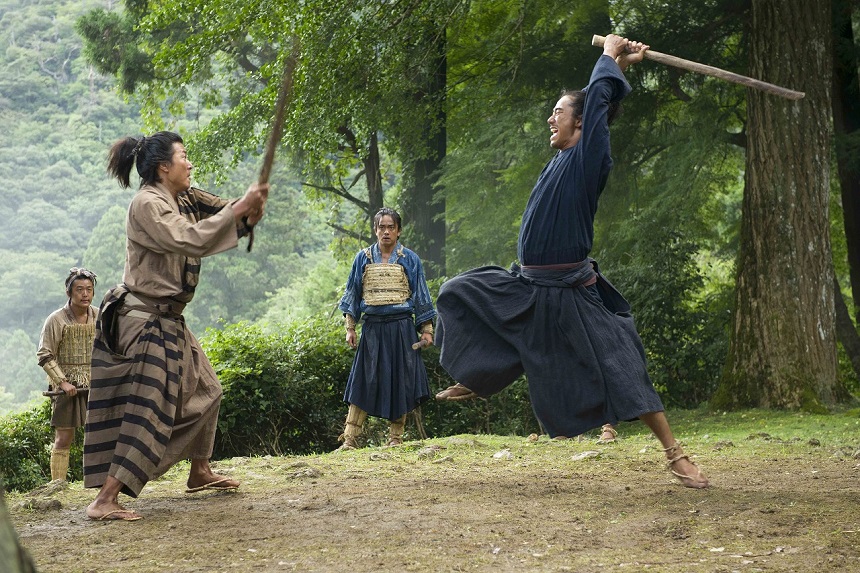 The Martial Arts genre, or better known as “Black Belt Theater” has had a strong presence in the United States since the beginning of the 1970’s. The Asian film imports have gathered a legion of fans who appreciate the action dominance of some, or the more prowess components of others. In the new Japanese drama, ‘Tatara Samurai‘, Director Yoshinari Nishikôri respectably tries to incorporate both elements, but the outcome is an unfortunate sequence of sluggish storytelling, awful over-acting and combats so laughable, even Bruce Lee would shake his head in disdain.

Beginning with a 16th century flashback raid on a village known as Tatara, we are introduced to a young boy named Gosuke (Shô Aoyagi). As he tries to escape a hut with his mother, she regrettably gets in the path of a silvery reaper of death, the steel sword, while he’s only just saved by the bravery of another boy. As the narration continues and the film fades into to the present, we discover Gosuke the man. He’s become an apprentice of his father, a master blacksmith known as the Murage, who constructs pristine material for weaponry. 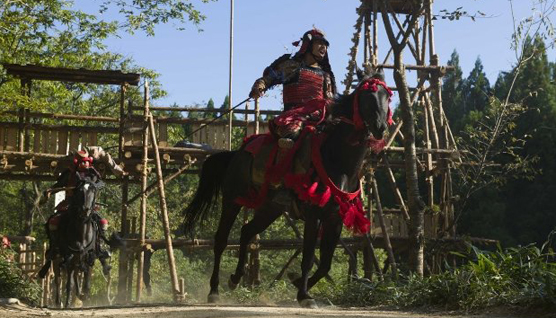 But after his village is attacked numerous times by ruthless clans, Gosuke decides to take matters into his own hands. He leaves his camp behind and quits his coal-craft grooming to train as the ultimate protector, a Samurai. But as his true test begins in battle, Gosuke discovers the ruthless power of fire arms, and he finds himself in more trouble than he anticipated. Fearing the days of being a swordsman are over, he’s desperate to return home and warn the people of his community.

The stunning landscape and steel-making visuals are roughly the only thing worth protecting in this foreign feature. The lush forests and fiery pits of metal are attractive and transportive to a point, but even with these pleasing spectacles, it doesn’t make up for the rest of the picture’s sin of dreadful dramatics. The director relies too heavily on re-visiting the same shots of the metalworker process, and the plot of blacksmiths defending their village feels stretched thin and becomes heavy on the eyelids. 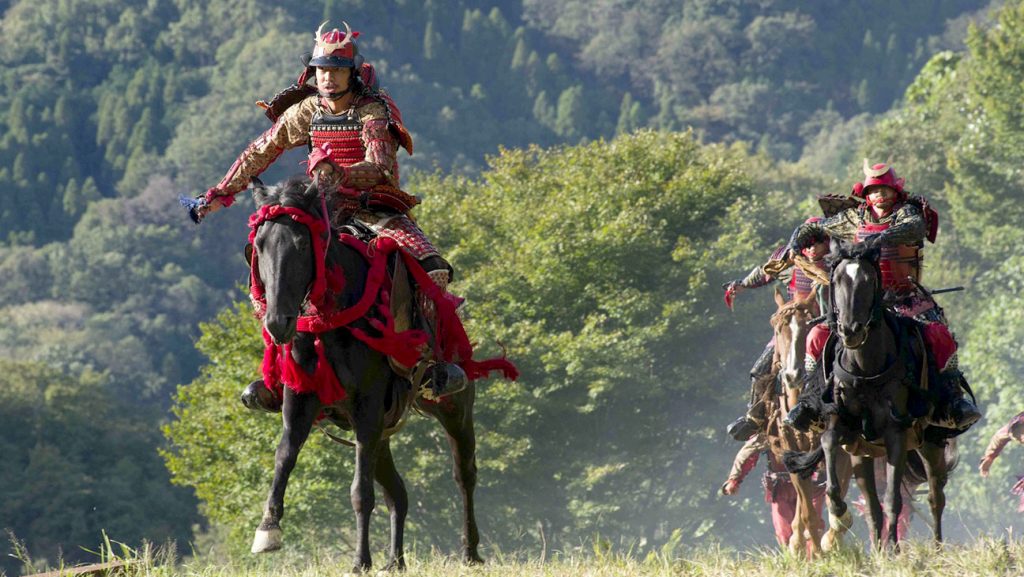 ‘Tatara Samurai‘ is a film of gritty inexperience and unfavorable execution. It never quite manages to reach the flawless blend of guts and glory that it determinedly sets out to attain. This independent movie is, above all else, a missed opportunity.