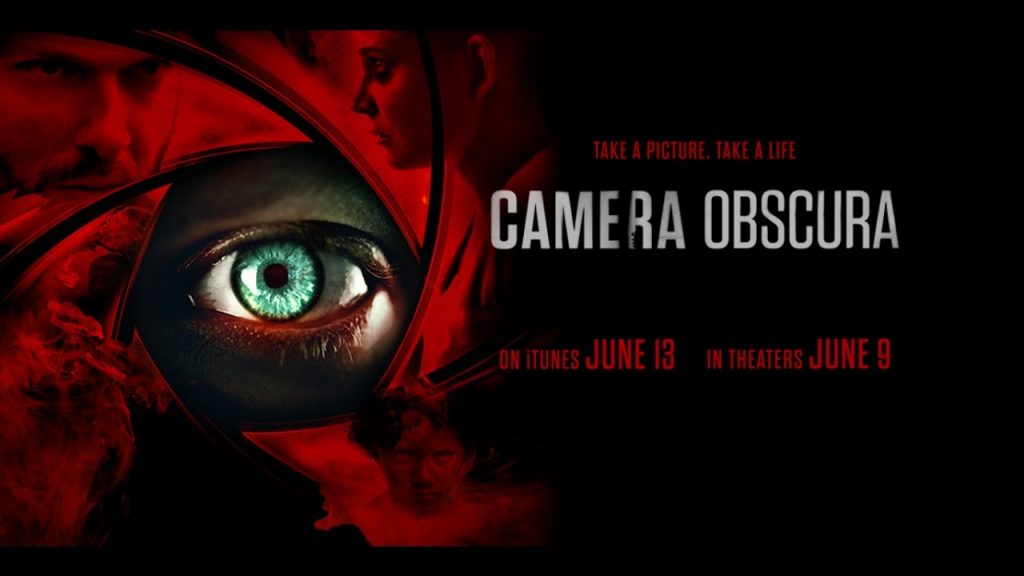 The premise of ‘Camera Obscura‘ sounds suspiciously familiar—a cursed camera that predicts the imminent deaths of its subjects through developed photographs. Now where have we heard this tale before? Oh, right – ‘Say Cheese and Die!’ anyone? Despite its’ darker and deranged additions to the storyline, even new-comer Director Aaron Koontz recognizes the film’s traced concept and aligned clichés by adding the defining bit of dialogue, “This sounds like a bad episode of Goosebumps!”

Recently discharged as a war photographer in Afghanistan with a crippling case of PTSD, Jack Zeller (Christopher Denham) struggles with hallucinations, nightmares and returning to the normalcies of civilian life. And after a year of financial and emotional support from his fiancée, Claire (Nadja Bobyleva), he’s given a push of encouragement in the form of a 1930’s era SLR camera that she’s won at auction. Though he swore to himself he’d never photograph again, he takes the gift from Claire and promises to interview for the creative job she’s recommended at her realtor company.

Excited by the nostalgia of his pre-war life, Jack spends a day photographing around town and brings his film into a lab for development. But upon return, Jack gets more than he bargained for when somehow victims of grisly crimes mysteriously appear as subjects in his architectural photos. Catching onto the connections between the nightly news and the images in his hand, Jack races against time to find a way to alter the future and save the most important person in his life, Claire.

The major problem with ‘Camera Obscura‘ is the rehashing of an already spent subject of possessed objects in the fright genre. Desperate efforts to attach a new appendage of over-the-top hostility are eradicated by the underlying unoriginality and drab performances. Not even minutes into the opening sequence, this sci-fi thriller feels churned out for TV with the likes of the disastrous ‘Shutter – 2008‘ and every other American retread of supernatural Japanese noir. 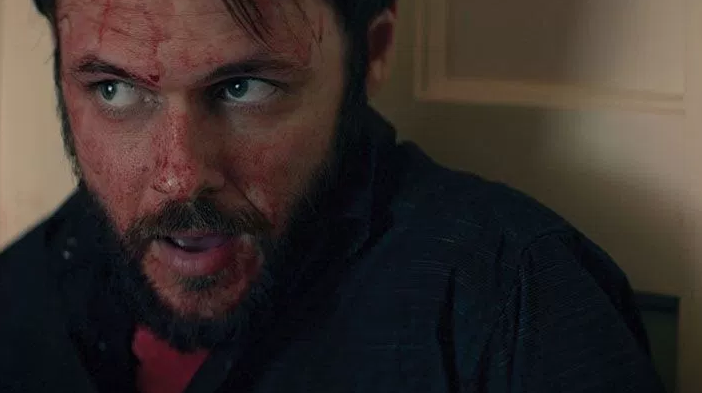 There are a few macabre murders to make the gore-enthusiast nod in approval; but apart from the carnage, the feeling of disconnection from the lead actor and failure to improve upon the roots of its origins are the film’s ultimate demise. By the end of ‘Camera Obscura‘, the viewer is feeling nothing but disinterest. It seems the end of the b-minus horror drought is far from over, but with beacons of light like ‘Get Out‘ on trend, maybe there’s hope for a true terror mend!