Put your Ninja Boots on, because the new ‘Samurai Jack’ Trailer is Here! 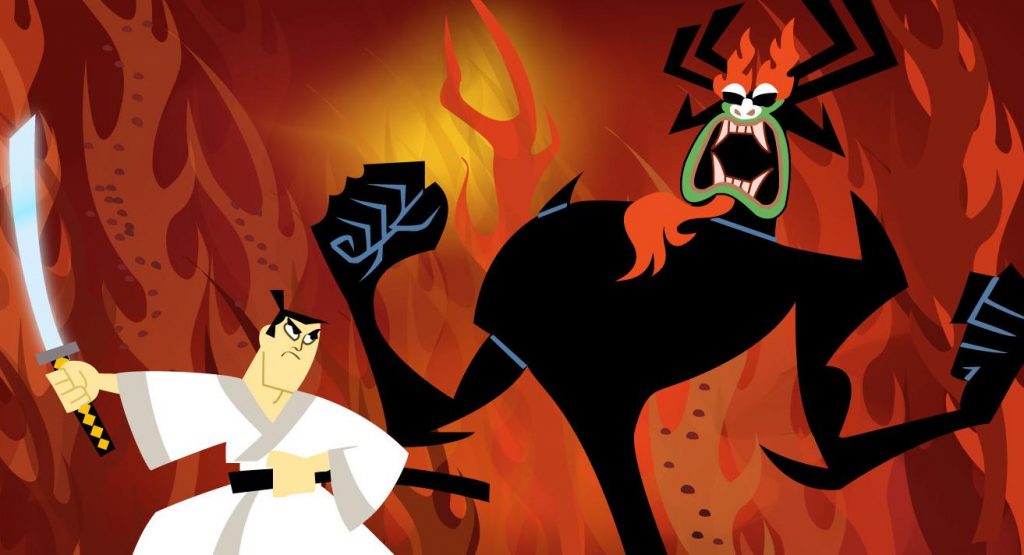 That’s right. Cartoon Network, or shall I say Adult Swim is brining back ‘Samurai Jack‘, and we have the first trailer for the new season, which is being dubbed as season 5. I was 20 years old when ‘Samurai Jack‘ first aired. I was in college, honing my samurai sword skills, eating fast food, and partaking in the rolling of joints. I don’t know if any of that had an  effect on me in watching ‘Samurai Jack‘, but you can believe I very much enjoyed the show. You can also believe I had no friends, with the exception of my pet gerbil and my He-Man action figures. I still turned out ok. Still, it’s great to see Adult Swim pick up some of the heavy lifting from Netflix in brining back fun TV shows. Now I have to remind my mom to Tivo ‘Samurai Jack’ for me every week.

Official Synopsis: It’s been 50 years since we saw Samurai Jack and time has not been kind to him. Aku has destroyed every time portal and Jack has stopped aging, a side effect of time travel. It seems he is cursed to just roam the land for all eternity. Samurai Jack premieres Saturday, March 11th at 11pm ET/PT on Adult Swim.