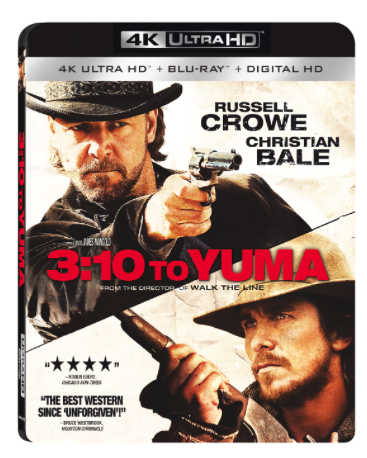 Official Release: Saddle up for one of the most thrilling Westerns of the last decade when 3:10 to Yuma arrives on 4K Ultra HD Combo Pack (plus Blu-ray™ and Digital HD) May 2 from Lionsgate. From the directing and producing team behind Walk the Line, revisit the Oscar®-nominated feature in stunning Full HD resolution and High Dynamic Range (HDR) to experience the Old West in a more vibrant presentation than ever before. With a star-studded cast, including Russell Crowe and Christian Bale, and a Certified Fresh Rotten Tomatoes score, the 3:10 to Yuma 4K Ultra HD Combo Pack will be available for the suggested retail price of $22.99.

Official Synopsis: In Arizona in the late 1800s, infamous outlaw Ben Wade (Crowe) and his vicious gang of thieves and murderers have plagued the Southern Railroad. When Wade is captured, Civil War veteran Dan Evans (Bale), struggling to survive on his drought-plagued ranch, volunteers to deliver him alive to the “3:10 to Yuma,” a train that will take the killer to prison.  During the grueling expedition, Evans and Wade, each from very different worlds, begin to earn each other’s respect. However, with Wade’s posse on their trail, the mission soon becomes a violent, impossible journey toward each man’s destiny. 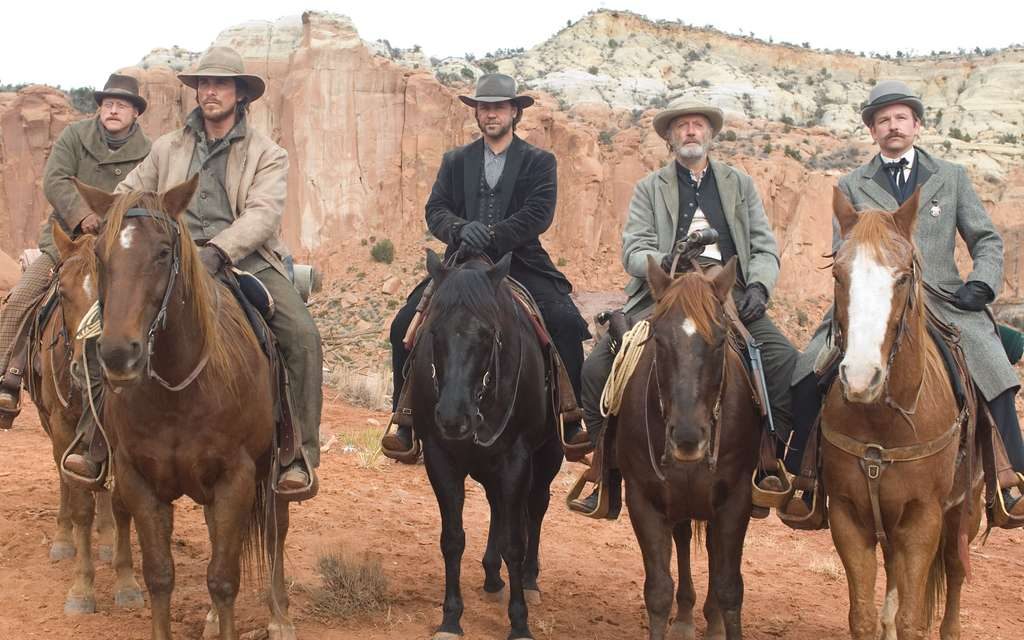 Rating: R for violence and some language