April Additions To The Criterion Collection!!!

The Criterion Collection has selected their next group of films that will become part of the collection and will debut in April. Read on for the full listing. 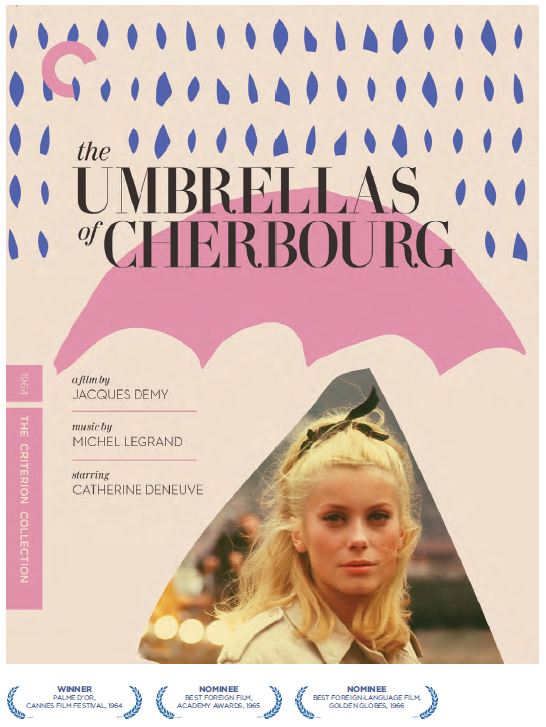 An angelically beautiful Catherine Deneuve was launched into stardom by this glorious musical heart-tugger from Jacques Demy. She plays an umbrella-shop owner’s delicate daughter, glowing with first love for a handsome garage mechanic, played by Nino Castelnuovo. When the boy is shipped off to fight in Algeria, the two lovers must grow up quickly. Exquisitely designed in a kaleidoscope of colors, and told entirely through the lilting songs of the great composer Michel Legrand, The Umbrellas of Cherbourg is one of the most revered and unorthodox movie musicals of all time.

SPECIAL EDITION FEATURES
* 2K digital restoration, with 5.1 surround DTS-HD Master Audio soundtrack on the Blu-ray
* Once Upon a Time . . . “The Umbrellas of Cherbourg,” a 2008 documentary
* Interview from 2014 with film scholar Rodney Hill
* French television interview from 1964 featuring director Jacques Demy and composer Michel Legrand discussing the film
* Audio recordings of interviews with actor Catherine Deneuve (1983) and Legrand (1991) at the National Film Theatre in London
* Restoration demonstration
* Trailer
* PLUS: An essay by critic Jim Ridley 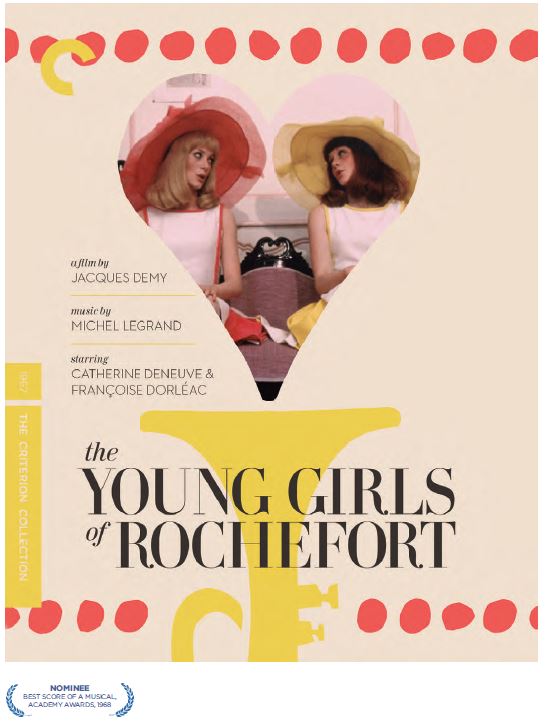 Jacques Demy followed up The Umbrellas of Cherbourg with another musical about missed connections and second chances, this one a more effervescent confection. Twins Delphine and Solange, a dance instructor and a music teacher (played by real-life sisters Catherine Deneuve and Françoise Dorléac), dream of big-city life; when a fair comes through their quiet port town, so does the possibility of escape. With its jazzy Michel Legrand score, pastel paradise of costumes, and divine supporting cast (George Chakiris, Grover Dale, Danielle Darrieux, Michel Piccoli, and Gene Kelly), The Young Girls of Rochefort is a tribute to Hollywood optimism from sixties French cinema’s preeminent dreamer.

SPECIAL EDITION FEATURES
* 2K digital restoration, with 5.1 surround DTS-HD Master Audio soundtrack on the Blu-ray
* French television interview from 1966 featuring director Jacques Demy and composer Michel Legrand discussing the music for the film
* Conversation from 2014 between Demy biographer Jean-Pierre Berthomé and costume designer Jacqueline Moreau
* Episode from Behind the Screen, a 1966 series about the making of the film
* Agnès Varda’s 1993 documentary The Young Girls Turn 25
* Trailer
* PLUS: An essay by critic Jonathan Rosenbaum 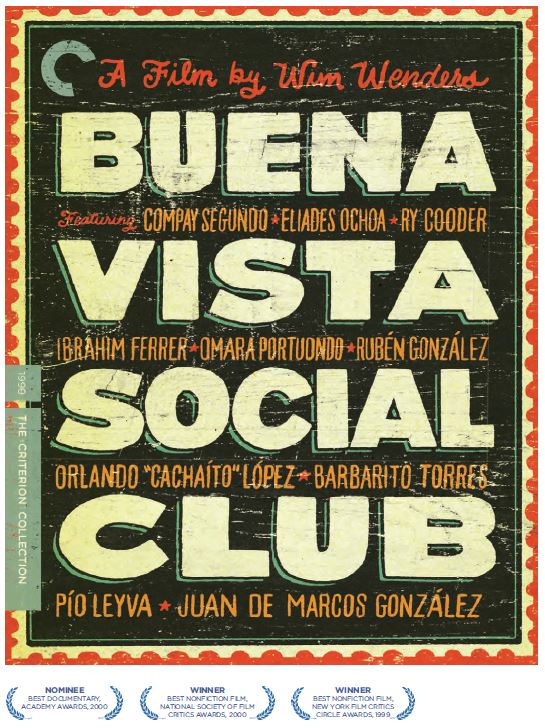 Traveling from the streets of Havana to the stage of Carnegie Hall, this revelatory documentary captures a forgotten generation of Cuba’s brightest musical talents as they enjoy an unexpected brush with world fame. The veteran vocalists and instrumentalists collaborated with American guitarist and roots-music champion Ry Cooder to form the Buena Vista Social Club, playing a jazz-inflected mix of cha-cha, mambo, bolero, and other traditional Latin American styles, and recording an album that won a Grammy and made them an international phenomenon. In the wake of this success, director Wim Wenders filmed the ensemble’s members-including golden-voiced Ibrahim Ferrer and piano virtuoso Rubén González-in a series of illuminating interviews and live performances. The result is one of the most beloved music documentaries of the 1990s, and an infectious ode to a neglected corner of Cuba’s prerevolutionary heritage. 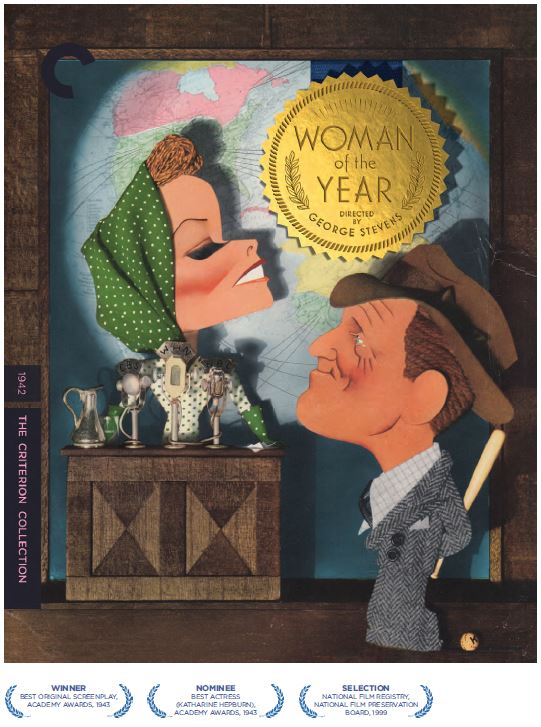 Before Katharine Hepburn ever met Spencer Tracy, she wanted him as her costar in this film. George Stevens’s Woman of the Year, conceived to build on the smashing comeback Hepburn had made in The Philadelphia Story, is the story of rival newspaper reporters who wed only to find that their careers aren’t so compatible, and in it the pair forged a fresh and realistic vision of what marriage could be. The freewheeling but pinpoint-sharp screenplay by Ring Lardner Jr. and Michael Kanin won an Academy Award, and Hepburn was nominated for best actress. Woman of the Year marks the beginning of the personal and professional union between Hepburn and Tracy, who would go on to make eight more films together, and it stands as a dazzling, funny, and sometimes rueful observation of what it takes for men and women to get along-both in the workplace and out of it. 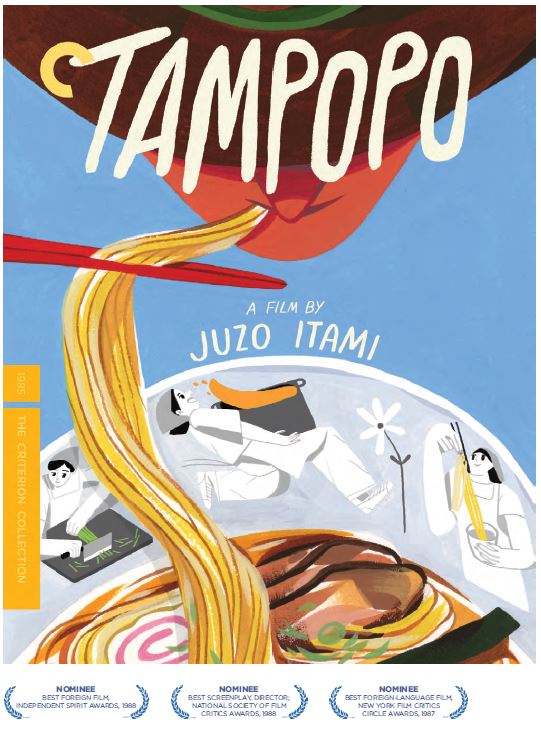 The tale of an eccentric band of culinary ronin who guide the widow of a noodle shop owner on her quest for the perfect recipe, this rapturous “ramen western” by Japanese director Juzo Itami is an entertaining, genre-bending adventure underpinned by a deft satire of the way social conventions distort the most natural of human urges, our appetites. Interspersing the efforts of Tampopo (Nobuko Miyamoto) and friends to make her café a success with the erotic exploits of a gastronome gangster and glimpses of food culture both high and low, the sweet, sexy, and surreal Tampopo is a lavishly inclusive paean to the sensual joys of nourishment, and one of the most mouthwatering examples of food on film ever made. 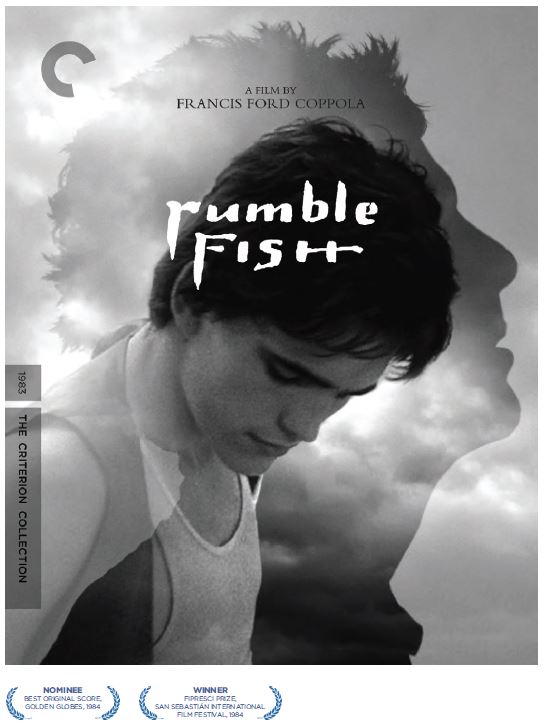 In this deeply personal tale of estrangement and reconciliation between two rebellious brothers, set in a dreamlike and timeless Tulsa, Francis Ford Coppola gives mythic dimensions to intimate, painful emotions. After releasing the classically styled The Outsiders earlier the same year, the director returned to the work of S. E. Hinton, this time with a self-described “art film for teenagers.” Graced with a remarkable cast headed by Matt Dillon, Mickey Rourke, and Diane Lane; haunting black-and-white visuals that hark back to German expressionism and forward to Coppola’s own Tetro; and a powerful, percussive score by Stewart Copeland that underscores the movie’s romantic fatalism, Rumble Fish pulsates throughout with genuine love and dread.