It’s Christmastime in Texas and oh, man are the local promotions sending us presents. Myself and Boomstick founder Bryan Kluger will be attending VIP’s Holiday Havoc 3D at the Gas Monkey in Dallas this Friday and I’m here to tell you why, if you love professional wrestling, you should be excited about it.

VIP Wrestling is a Dallas staple, and they’ve been steadily rising in stature since earlier this year when the programmed a Wrestlemania aftershow in Arlington. Here’s a rundown of some of the greatness they have booked for Holiday Havoc 3D! 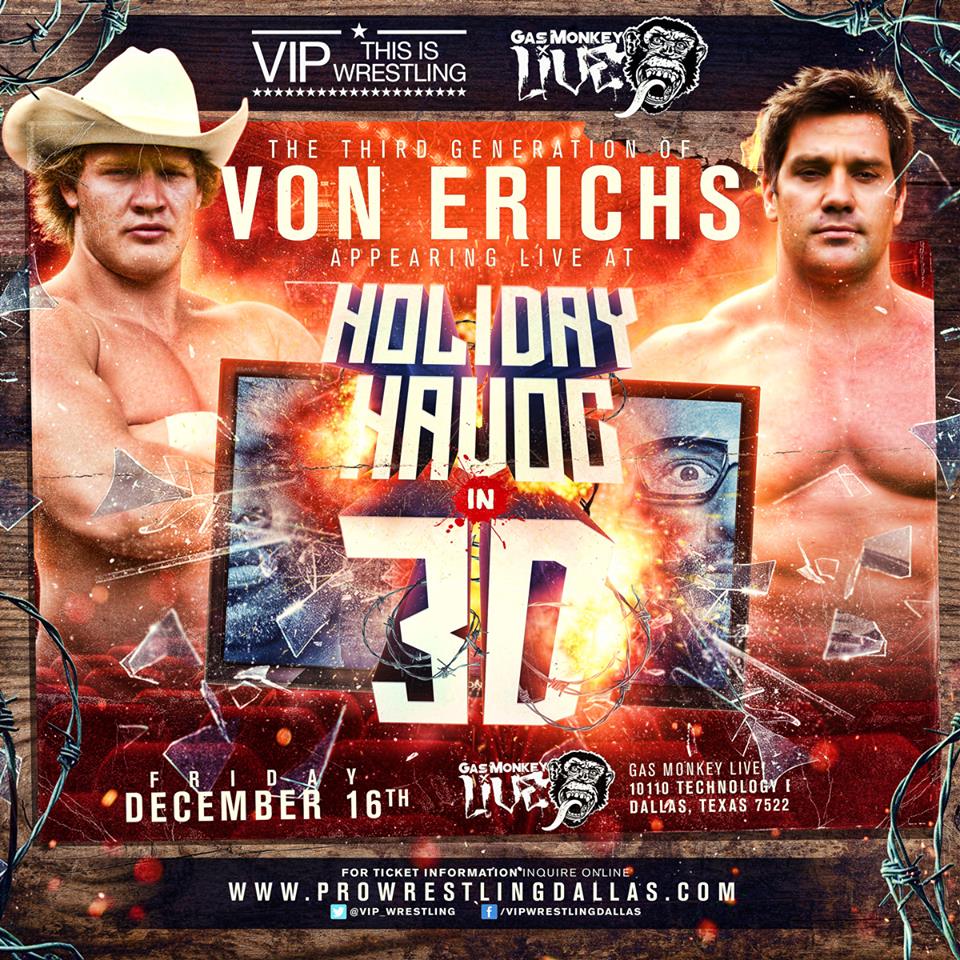 First off, let’s talk the title picture: Last time VIP had a show, the VIP Title changed hands from Ray Rowe, a Texas powerhouse mainstay, to Keith Lee, a Texas Powerhouse mainstay. Keith has been involved in some of the best matches around the country this year, defeating Brian Cage at Beyond Wrestling and coming up short against Donovan Dijak at WrestleCircus in Austin. Now, VIP has given him his most impressive challenge yet: “Big Mike” Elgin, of New Japan Pro Wrestling, one of the strongest men in the world. I love a good #HOSSFIGHT, and brothers and sisters, Lee vs Elgin is going to be a #H#O#S#S#F#I#G#H#T. This match alone sold my ticket to the show and THIS IS ONLY ONE OF THE MATCHES THAT WILL HAPPEN.

Providing the namesake of the show is Team 3D fka The Dudley Boyz in WWE fka Team 3D in TNA, but no one cares about TNA. They’re making their return to the indies after a run with WWE this last year and VIP has wisely decided to put them against one of the biggest, baddest tag teams on the planet, War Machine, consisting of Hansen and former VIP Champion Ray Rowe. Both of these teams are big time bruisers and it’s going to be a hell of a matchup. Are you interested yet? BECAUSE THERE IS STILL MORE. 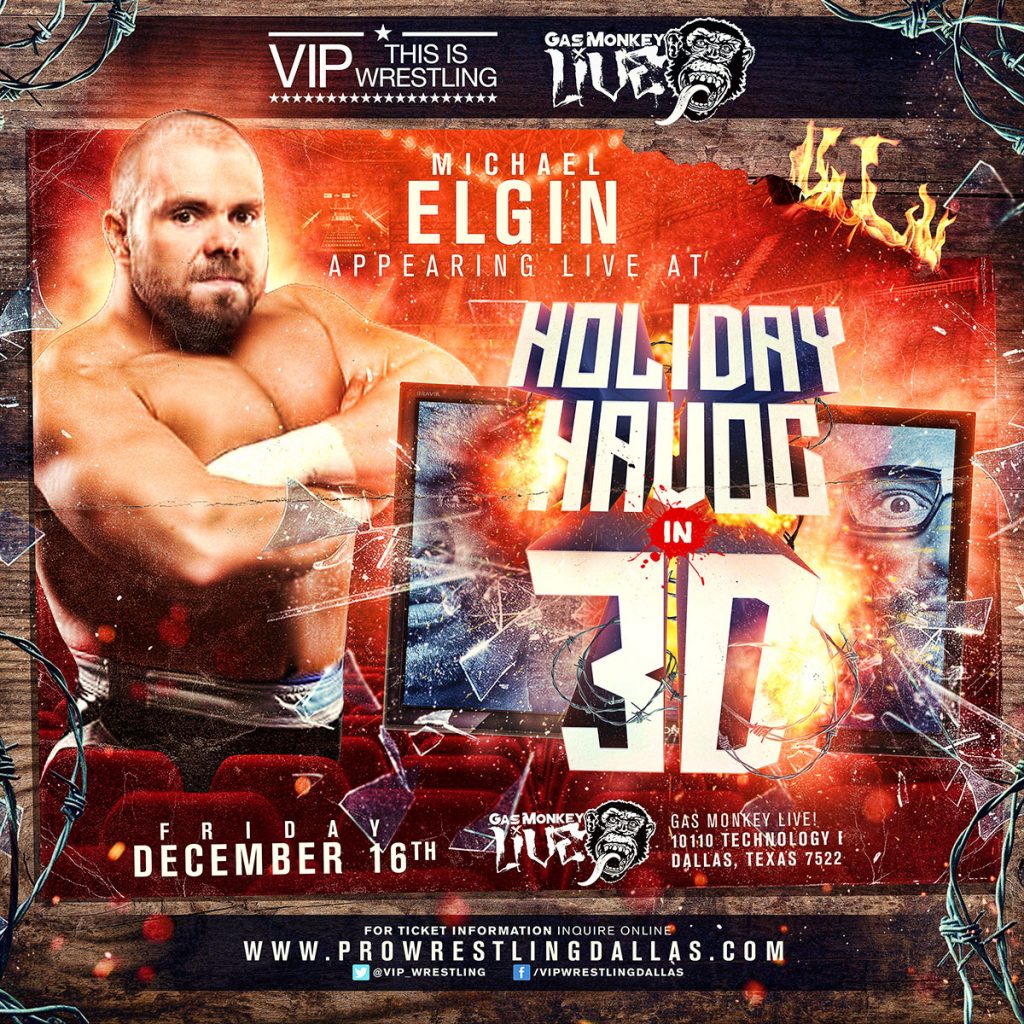 Also signed for this friday is a fatal four way match between four astoundingly talented performers: The daredevil Matt Cross (Lucha Underground’s Son of Havoc), the charismatic ACH (New Japan’s Tiger Mask The Dark), The technical warrior Barrett Brown (Inspire Pro Wrestling’s “The Ghost of Barrett Brown” (Don’t ask), and complete piece of shit Sammy Geuvara, Texas’ own complete piece of shit. Don’t get it twisted, Sammy Guevara is maybe the single most talented pro wrestler in Texas, but if y’all come out and see him, he will have you booing him for days. He’s one of the best heels in the business, capable of getting the audience to despise him despite his audacious feats of acrobatics. This match is going to be fast paced, frenetic, and unforgettable.

In addition to these three incredible matchups, there’s also the super-heavyweight slugfest of Shane Taylor vs. Kevin Cross, a three-way dance in the women’s division featuring Jessica James, Barbi Hayden and Kat Green (I’ve seen all three of these women perform throughout Texas and they can GO), an eight-way scramble match full of some of the best wrestlers in Texas to determine, you guessed it, “The Best In Texas,” and a teacher/student matchup between AR Fox (who’s incredible) and his longtime pupil Austin Theory (who looks like Baron Corbin).

VIP has a reputation in Texas for putting together can’t-miss cards and this is no exception. Expect to see more than one Match of the Year candidate at Holiday Havoc 3D. If you’re in the Dallas area, DO NOT MISS THIS SHOW. There are still tickets available.