Since there just are not enough man-eating plants in my movie collection, I’m ecstatic that Warner Bros. is making a movie musical remake of ‘Little Shop of Horrors‘. The property began as a horror movie from Roger Corman in 1960, then it went on to become a musical, then another movie, it’s had a lot of incarnations, which makes sense because it’s such a genius story! 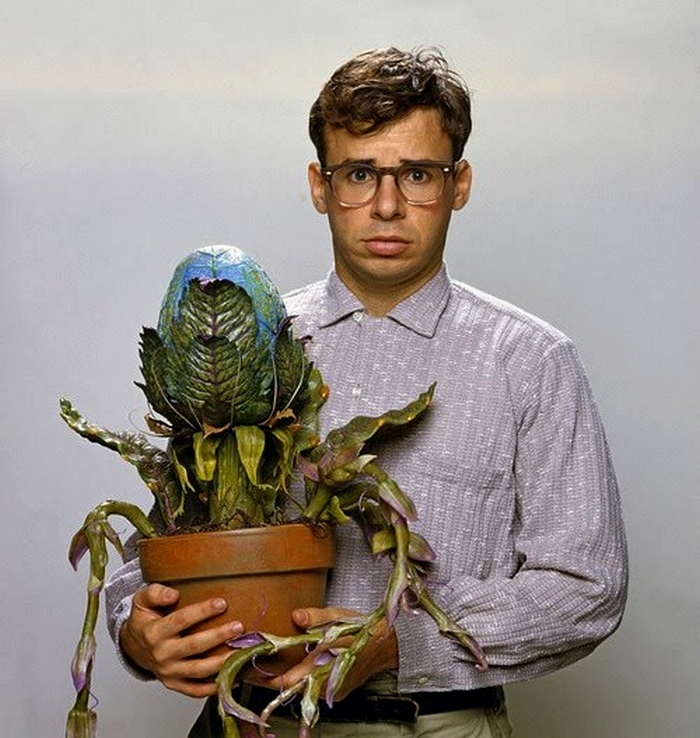 It’s going to be hard to top the 1986 film version most of us remember that featured Rick Moranis and Steve Martin all directed by Frank Oz. The songs came directly from Howard Ashman (‘Aladdin‘) and Alan Menken (‘Beauty and the Beast‘) which is self explanatory why the songs stick with you for years after hearing them.

Greg Berlanti (‘Arrow‘), not a name that goes hand-in-hand with musical films necessarily, will be directing the project with Marc Platt (‘Scott Pilgrim Vs. The World‘) attached to produce with Matthew Robinson (‘The Invention of Lying‘) penning the script. Berlanti’s name is very popular among superhero television series, particularly the DC projects from The CW.

The story is wonderfully absurd, Seymour Krelborn is a nerdy orphan working at Mushnik’s, a flower shop in urban Skid Row. He harbors a crush on fellow co-worker Audrey Fulquard, and is berated by Mr. Mushnik daily. One day as Seymour is seeking a new mysterious plant, he finds a very mysterious unidentified plant which he calls Audrey II. The plant seems to have a craving for blood and soon begins to sing for his supper. Soon enough, Seymour feeds Audrey’s sadistic dentist boyfriend to the plant and later, Mushnik for witnessing the death of Audrey’s ex. Will Audrey II take over the world or will Seymour and Audrey defeat it?