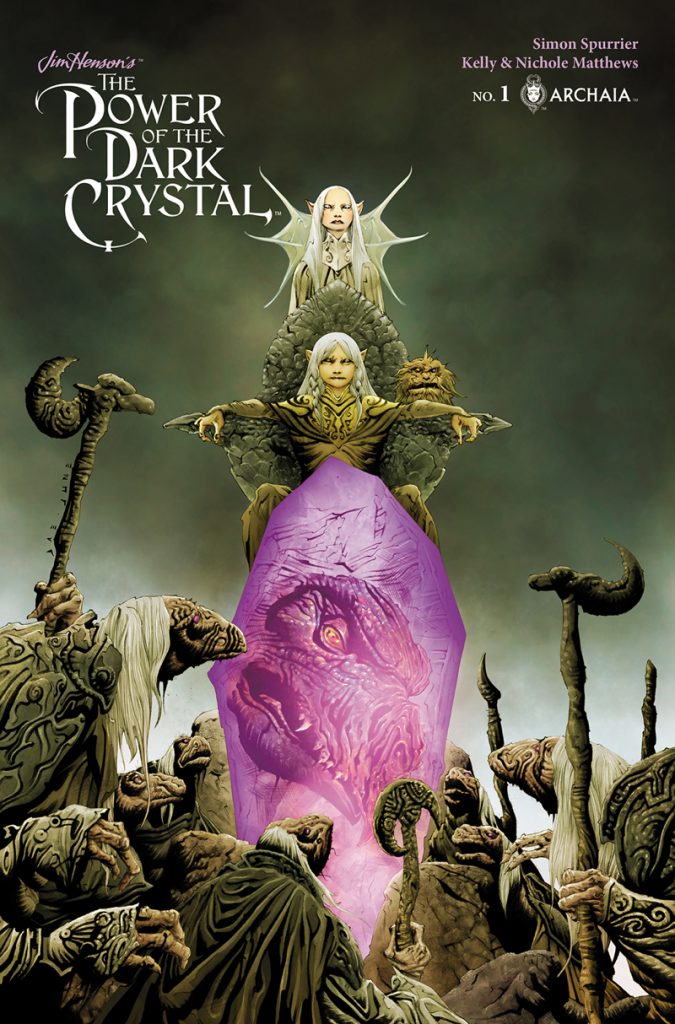 If you’re a fan of ‘The Dark Crystal‘, and let’s be honest here, who isn’t a fan? You’ve been waiting for a long time to bathe in the glory of a sequel that will take us all back tot he world of Thra, your time is finally here. Alas, it’s not a film you’ll be queuing up to see, but a comic book series that’s based on the unproduced screenplay that was to be the follow up to the 1982 fantasy.

‘The Power of the Dark Crystal‘ is the title that Henson Company and Boom! Studios have gone with for the 12-issue series. President and CEO of the Jim Henson Company, Lisa Henson stated that “the creativity that went into writing and designing the feature film was such that we wanted our fans to be able to see and enjoy it now through this comic book series. We are very proud of the story that the screenwriters David Odell, Annette Odell, and Craig Pearce wrote. Our partners at Archaia and BOOM! Studios are the only people we could trust to expand and illustrate the story, and we are thrilled that it will soon see the light of day!”

This comic book series takes place decades after the events of the film, with Jen and Kira distracted by the pressures of ruling Thra and no longer in touch with the needs of the people – which provokes a Fireling called Thurma to set out to steal a shard of the Dark Crystal with which she intends to restore power to her realm. Unfortunately, that mission might also restore the Skeksis, as well…

The comic will be released digitally and in comic stores beginning February 15, 2017 just in time to celebrate the film’s 35th anniversary.