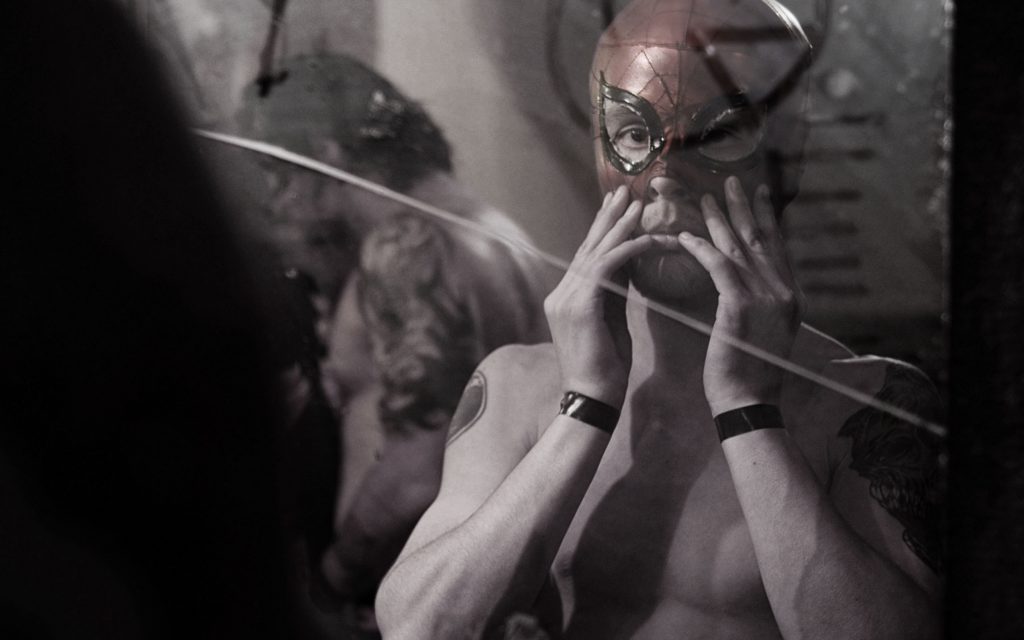 With a running time of less than twelve minutes, Iron Spyder allows us all-too-brief entry into a world many of us are unlikely to visit in our lifetimes. Fight Club may have started the conversation about underground fisticuffs (though you were clearly told to keep it to yourself—twice), but Spyder explores where the idea has gone, incorporating sex, drugs, and money. Lots of money. 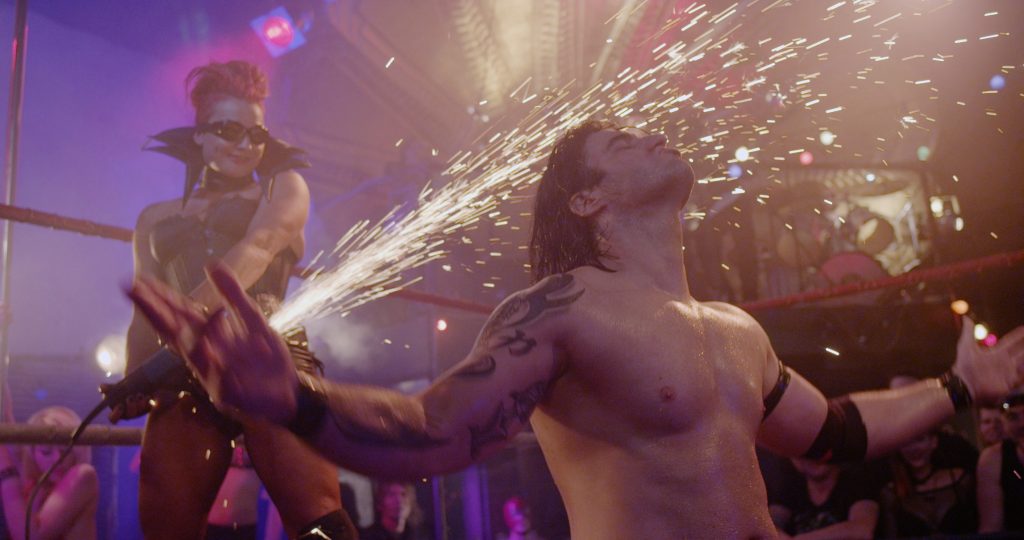 The Spyder himself may not be the likeliest contender (wearing his variation on a Spider-man mask, he resembles a tattooed Peter Parker), but once he dons his costume, he holds his own against a much bigger competitor. In most regards, he wasn’t designed for this kind of activity, but damned if he doesn’t own it while he’s there. His time in the ring may account for one of the few occasions in his life when anyone has or ever will cheer for him, and it lends credence to the phrase “it’s not the size of the dog in the fight, but the size of the fight in the dog.”

While I’m not sure Spyder’s story lends itself to a feature-length film, the world he’s walked into definitely does, whether in the form of an anthology or several interlocking character studies. Should the filmmakers decide to offer up that experience, I’d take that two-hour trip in a heartbeat.