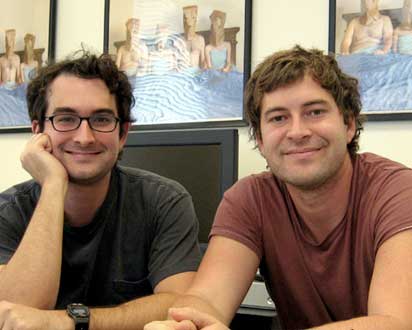 HBO has welcomed Jay and Mark Duplass into their fold with ‘Room 104‘, a comedy anthology series. The Duplasses were behind the short-lived 2 season run of ‘Togetherness‘ for the cabler. ‘Room 104‘ centers on the assorted characters that occupy your average, run-of-the-mill American hotel. We’re going to get to know room 104 intimately as that room is the focus of the project and the occupants that pass through that room each week.

Filming will get underway later this year for a 2017 debut. The Duplass brothers will be showrunners for the project and executive produce alongside Xan Aranda while Sydney Fleischmann produces. This makes a third project with the network  after ‘Togetherness‘ and ‘Animals‘ an animated comedy which premiered previously in 2016.

The comedy lineup at HBO is expansive and each title is entirely unique and different, yet hilarious in their own way. Seems like ‘Room 104‘ has found the perfect home.