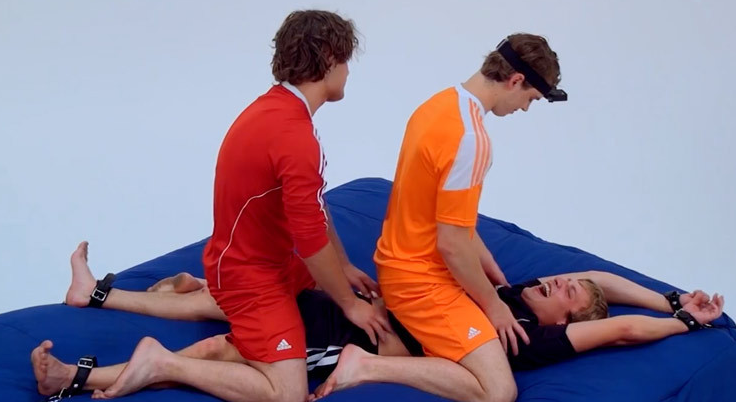 Directors David Farrier and Dylan Reeve had a hit at Sundance with their documentary ‘Tickled‘. The buzz is justified and the movie is more than memorable. However, be forewarned. You will not leave the theater smiling or giggling. In all likelihood, you will leave this film horrified and possibly a little frightened about how a seemingly harmless ad can turn into one’s worst nightmare.

New Zealand journalist Farrier saw an ad online for a competitive endurance tickling contest in which participants were paid to be bound and tickled for hours. He was surprised to find out that such a thing existed and thought the content would make for an interesting and entertaining story. It sounded strange, odd even, but the ticklers and those being tickled seemed to be having a good time. It appeared to be a harmless, eccentric sport  – and the story could pretty much write itself …  What Farrier did not know was that the real story was neither light nor happy. It was dark, sinister, threatening and much more than meets the eye. 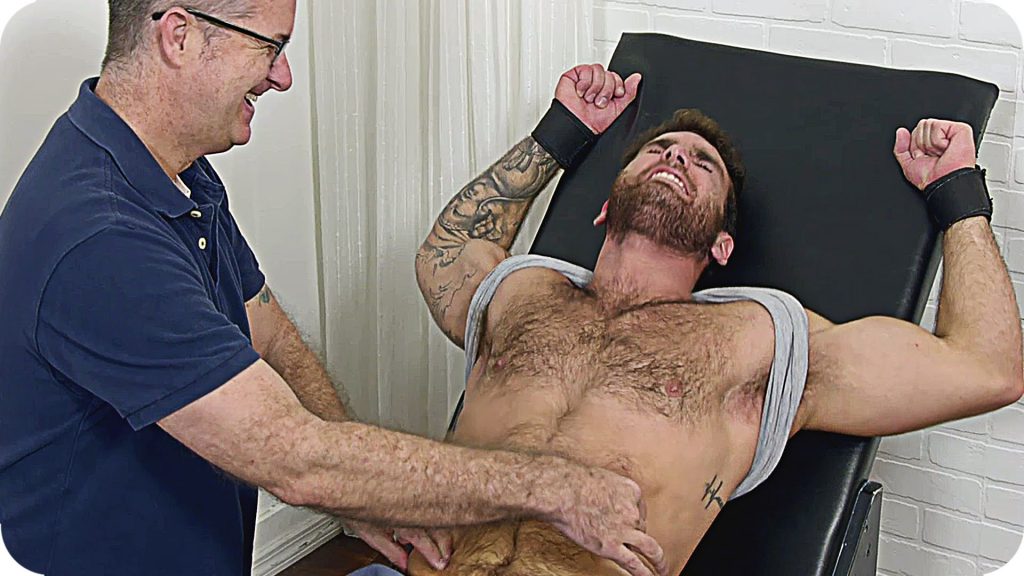 He discovered that the participants who no longer wanted to compete in a game of laughs were promptly targeted on the Internet and set up in elaborate schemes that violated both their privacy and their identities. And they were not alone. As Farrier began to inquire about competitive tickling and those who organized it, he found himself in the same boat. A film that begins as a research investigation on what looked to be a game of laughs quickly becomes an intricate game of cat and mouse.

As the story unfolds, it is almost too bizarre and terrifying to be believed. Fortunately, Farrier and Reeve chose to not be frightened by the unknown. They made it their mission to find who is behind the tickling competition and recruitment. Journalist Hal Karp helped them unravel the mystery, and as a result he did not have a personal Internet presence for 10 years as a safety precaution against future retaliation.

This is not your average documentary and viewers will be drawn into an alternate reality of deception, sabotage and one person’s need to be in control, no matter what the cost to others.