Take A Look At The Poster For The ‘Wonder Woman’ Movie!!!

We know a standalone ‘Wonder Woman‘ movie has been in the works for quite some time, we don’t have a plot to the film, yet, but we know her history. The Amazonian princess-warrior Diana left her lush tropical island to dwell in our urban cityscapes of glass and steel. Tutored in the ways of the Greek warriors, and outfitted with incredible gifts the Goddess bestowed upon her people, she becomes Paradise Island’s emissary to civilization. 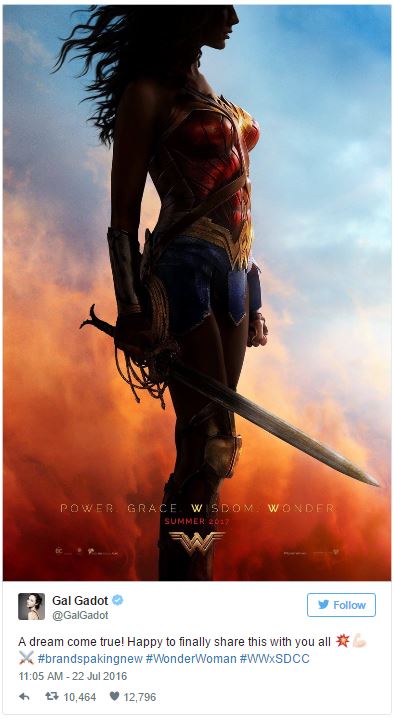