Netflix is adding a series to their original project roster and this one seems loaded for comedy gold. CBS’s Chuck Lorre and former ‘Daily Show‘ writer David Javerbaum are writing the laugher, ‘Disjointed‘, and it’s received a 20-episode straight-to-series order starring Kathy Bates. 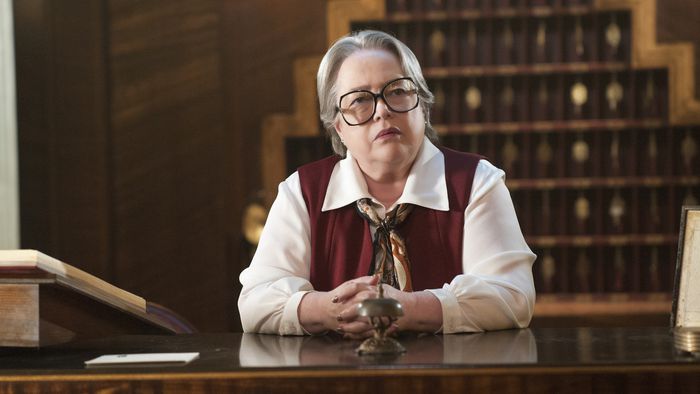 Lorre and Javerbaum will write and exec produce the project about a lifelong advocate for marijuana legalization and Bates will play that advocate and appears to be living her dream as the owner of an L.A. cannabis dispensary. Her character is joined on-screen by budtenders, her son in his 20’s and a very disturbed security guard, add to the mix that everyone is basically high and I know I’m going to be tuned in.

The writers are big names in the comedy world with Lorre being the force behind ‘The Big Bang Theory‘, ‘Mike & Molly‘ and ‘Two and A Half Men‘, Bates had a recurring role in ‘Mike & Molly‘ before it was canceled. She has also spent time in front of the camera with ‘Two And A Half Men‘ and ‘American Horror Story: Coven‘. Javerbaum spent a good chunk of time writing for ‘The Daily Show With Jon Stewart‘, and won a few Emmys for writing songs for the Tony Awards.