See How Disney Helped One Child With Autism in ‘Life, Animated’!!! 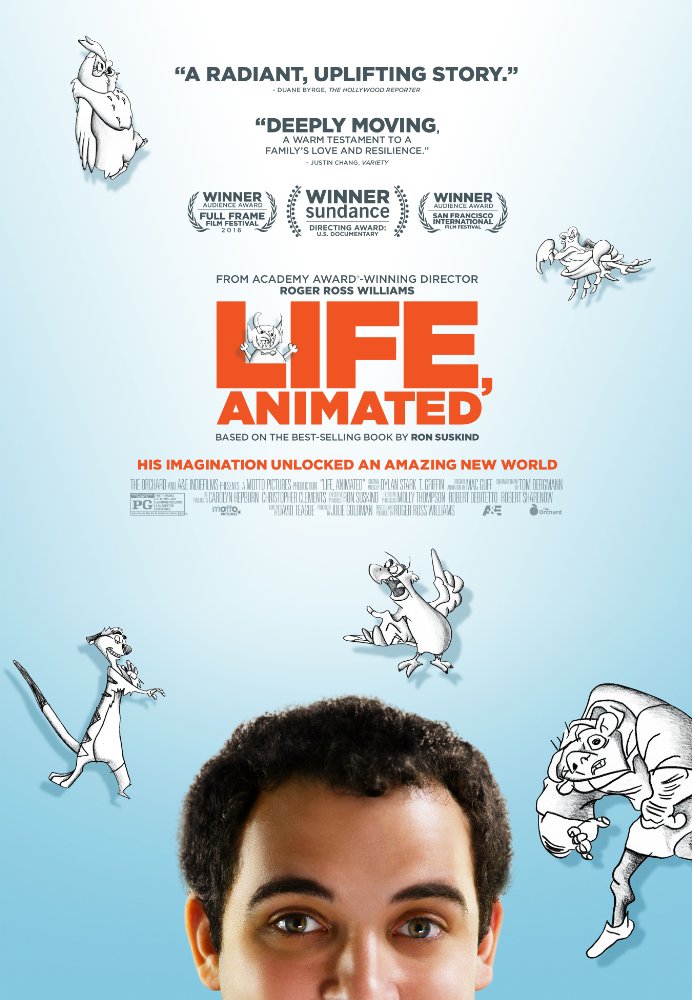 Disney movies are a hallmark of most of our childhoods and they were awesome, but nothing more than an animated break from reality in an air conditioned theater. For one child with autism they appeared as a lifeline helping him cope and connecting him to a world he doesn’t understand. In ‘Life, Animated‘ Owen Suskind is the focus of the story and in this documentary we get an up-close look at Owen’s life as a young boy to the young man he is now, getting ready to live in his own apartment. One thing that is guaranteed about this doc – there will be tears.

This project shows us the true magic of filmmaking and illustrates how deeply a movie can touch someone. This story has been told by a New York Times article “Reaching My Son Through Disney” and through Owen’s father’s book, ‘Life, Animated: A Story of Sidekicks, Heroes and Autism‘. This is the first time the Suskind’s story has been told on film and the trailer was close to making me tear up already. The film opens July 22nd, until then check out the trailer.