Get on the Stick with ‘Jessica Jones’! 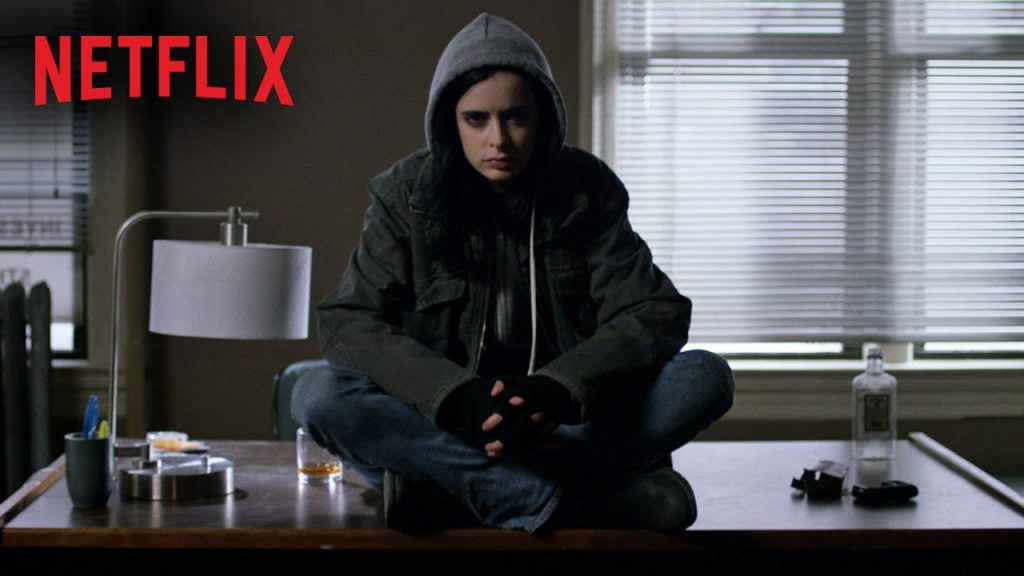 Hey everyone! So it may have started as a PG­13 movie between us here at Get on the Stick and you, the beautiful reader… but since this is our fourth encounter, it’s time to seal the deal and turn this flick into a XXX extravaganza! Much like A New Hope, this episode 4 is going to be a fan favorite, and as always, will be spoiler free. Finish polishing those lightsabers, pop the corn, dim the lights, and let’s ‘watch Netflix’. The term “Get on the Stick” is all about getting to work, so no more blather… Let’s get to it!

In this particular case, I really am going to discuss some programming on Netflix and am not trying ‘hook up’ (although we may be down for some over the pants/under the shirt action if you stop acting pervy). Netflix has released one whole season of Jessica Jones as of this writing, and it is ripe for binge watching. For those disappointed that we’re not discussing Daredevil, relax. Jessica Jones has some butt kicking in it, but this is a little more cerebral. If you really need to watch Hulk smash or a city being destroyed by the son of Krypton (er, saved?), there are plenty of comic book movies that will scratch that itch.

This Jessica Jones is not your typical Marvel property. I didn’t know much about the character prior to watching the show, so I have no clue if this show is not accurate to the comic. I can say that it is well acted, with Krysten Ritter helming this show and taking it down a traumatized and edgy path. You can trust this ‘B’ in whatever apartment she may reside in (likely still 23). The show centers around former superhero Jessica Jones and begs the question: “If we did live in a world with superpowers, would you really want them?” While it is Spiderman that touts the mantra “With great power comes great responsibility”, it is Jessica Jones that really is saying “You can take the power and the responsibility and shove it up your ass!” 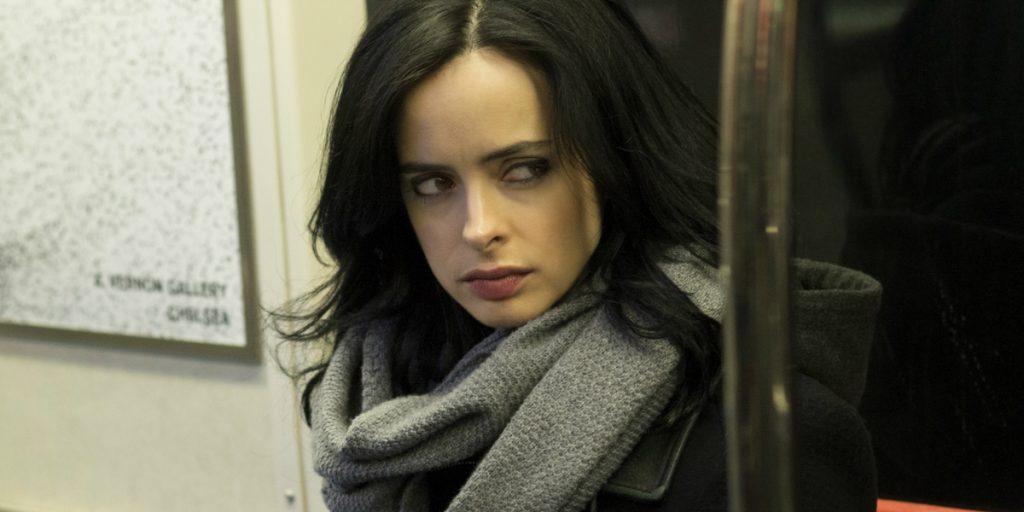 I promised no spoilers, and I stick to my word. From the jump though, it is clear that Jessica is dealing with PTSD after a traumatic incident. She is battling alcoholism and her own personal demons, and all this while living in a world where some use their superpowers for more nefarious reasons. Almost all of the characters are three dimensional, and layered. The whole show is shot like a noir crime drama, with a brooding private detective type character trying to make it in a world filled with scum. I love noir. Like a blues song, it can be moody and dark, and I just love to dive in the muck and be disgusted with all the filth in the world. Unlike the squeaky Marvel Cinematic Universe properties, you know that the hero isn’t going to save the day but you do hope that they can find a way to not get swept up with all the other garbage.

I am a firm believer that it is not the hero that makes a great story, it is the villain. David Tennant plays the super powerful badass that can manipulate others with the power of suggestion. Once you realize the true scope of Tennant’s powers, it really becomes a question of how could anyone stand up to such a villain. You may notice I have not yet said the name of the character, it is the one thing that really bugs me about the show. The villain in the show is named “Kilgrave”… I’ll give you a moment. I know. It is really ‘on the nose’, isn’t it? It still bugs me as I write about it. I got over it, and you will too. Tennant is a real son of a bitch in this, but the actor and the character are both so damn charismatic that he steals every scene he is in. Most will know Tennant as the Tenth Doctor on Dr. Who, but I think that over time there is potential that the dastardly Kilgrave may be my first thought when thinking of the Scottish born actor. 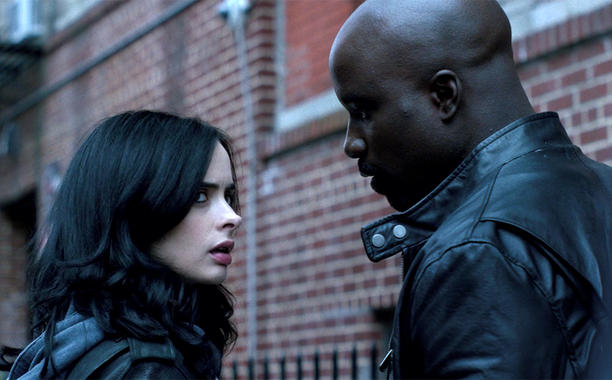 Great bad guy, conflicted and damaged ‘hero’, set in Hell’s Kitchen and shot like a noir detective series, what more do you need? As a caveat, I will say that I found the first few episodes to be tougher to get into because I was setting my expectations more along the lines of a serial superhero show like Daredevil or Agents of S.H.I.E.L.D. Jessica Jones is not that show, so modify your expectations. Once you accept the world of superheroes is really more of a backdrop for the story, and not the driving factor, you can really dive into the show and enjoy yourself.

So now that you have heard from me, it’s time for you to Get on the Stick and watch this show!