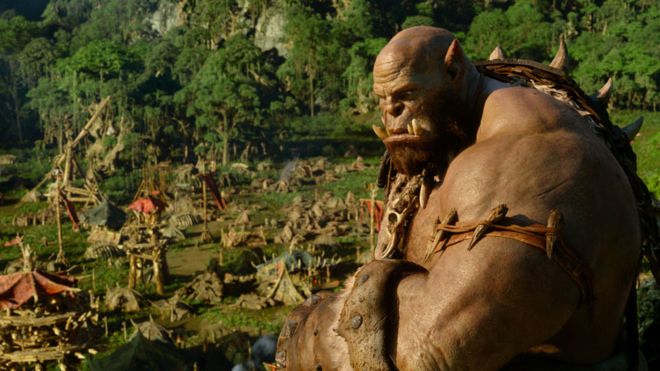 This movie stars a Viking, a Cylon, a Fatal Attraction, Howard Stark, a Tulip, and the Kurgan! In 2004, the MMORPG game ‘World of Warcraft‘ launched. It was so huge that it released five expansions, and a sixth on the way. Somewhere along the way, someone said, “Hey, let’s make a live-action movie of that.”

I’m not sure how they got Duncan Jones (‘Moon‘) to direct it, but “Warcraft” hits theaters this weekend, and aside from its stellar cast, and the fact that it is a beautiful fantasy film, this movie doesn’t have much else going for it.

‘Warcraft‘ is based on the game, and the backstory is that the orc Horde has crossed over from their home-world through a portal to the world of Azeroth, and their leader, an orc named Gul’dan (Daniel Wu) uses death magic, the Fell, to power himself and others, but it destroys everything it touches, including their home-world. Someone has invited them through the gate, and now, they are looking to conquer the world of Azeroth. 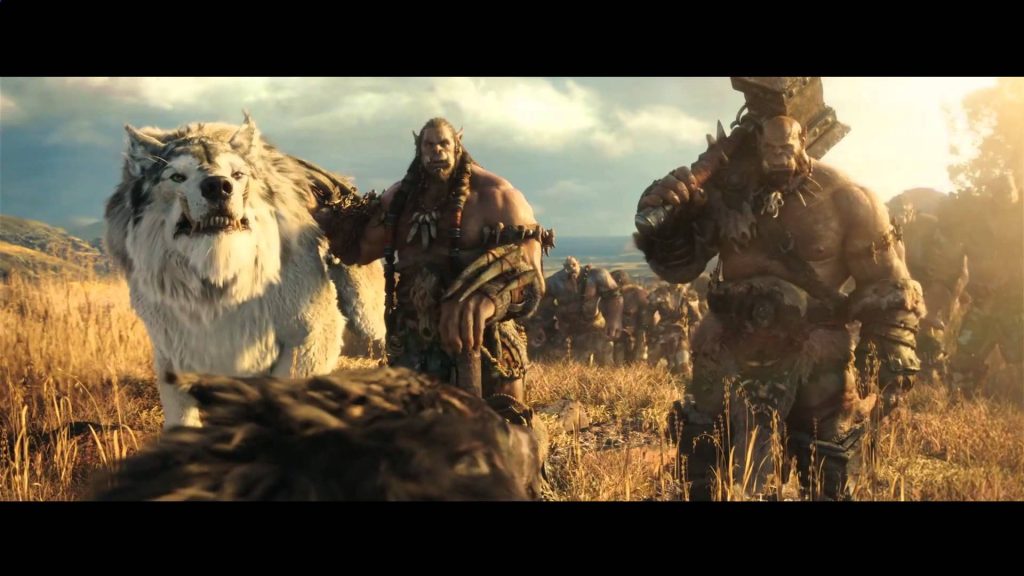 The movie is thrown together, since Jones has a lot to cover in the two hours he has to work with. He starts immediately for the get-go, and you meet Travis Fimmel as Lothar, the commander of King Llane Wrynn’s armies. The King is woodenly played by a long-haired Dominic Cooper, and Ruth Negga, his Queen, Lady Taria gives a flat performance as well. It’s sad to see two people who radiate chemistry on the set of their show “Preacher” seem to make no connection at all in this movie.

Ben Foster plays the magical Guardian of Azeroth, Medivh, but something isn’t right with him, and he is looked after by Callum Keith Rennie in a wasted role as his servant Moroes.

What’s sad about this movie is that the most engaging people in this are CGI orcs. Toby Kebbell is voice of Durotan, the father of the game’s most orc, Thrall, and it his character that is the most engaging, and compelling. You truly care about his struggle when he discovers that Gul’dan is not what he seems, and has his people in mind when he wants to work with the humans to live peaceably among them.

There is a half orc named Garona, and she is played by Paula Patton, and she utters her lines with no emotion, and through her orc teeth. It’s sometimes hard to watch. There are also several wasted cameos- Glenn Close as a mage named Alodi and Clancy Brown gives voice to a nasty orc named Black Hand. If you blink, you will miss them both.

If you don’t have clue about the game, no worries, this movie explains itself; rapidly I might add. And if you are a fan of the game, this movie is visually stunning and gives you a back story on how Thrall is born and how the orcs come to Azeroth. The film is visually appealing and somewhat entertaining, but that’s about it.