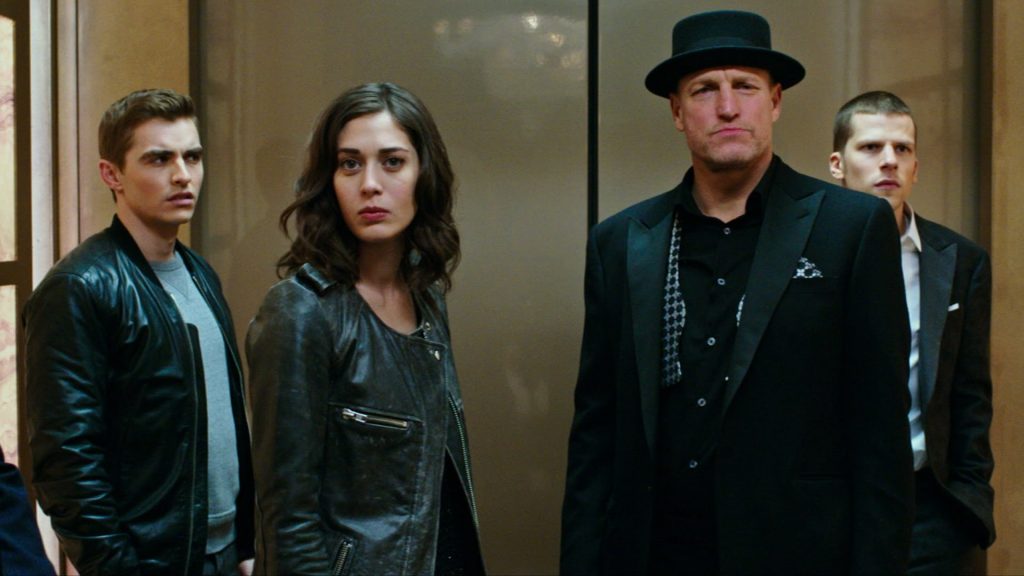 Life is all about the long game. ‘Now You See Me 2‘ pulls you in from the very beginning and quickly wraps you up in a fun game of cat and mouse with none other than The Four Horsemen. This quirky group of magicians is back from the first flick with one major improvement- Lizzy Caplan has replaced Isla Fisher as the token chick, playing Lula May. She’s funny, spunky and the perfect addition to the otherwise all male ensemble.

Kicking off the film you are taken back to where we left off, with Thaddeus Bradley (Morgan Freeman) vowing to give the Horseman what they deserve as he rots away in a prison cell, having been locked up by the leader of the Horseman, undercover FBI agent, Dylan Rhodes (Mark Ruffalo). You get a glimpse into Rhodes’s past, which ultimately reveals what set him on his path and what the long game really is. Because you see, it’s all about the long con here. As Thaddeus reveals, if you lose sight of the long game, you might as well quit because you’ve lost. 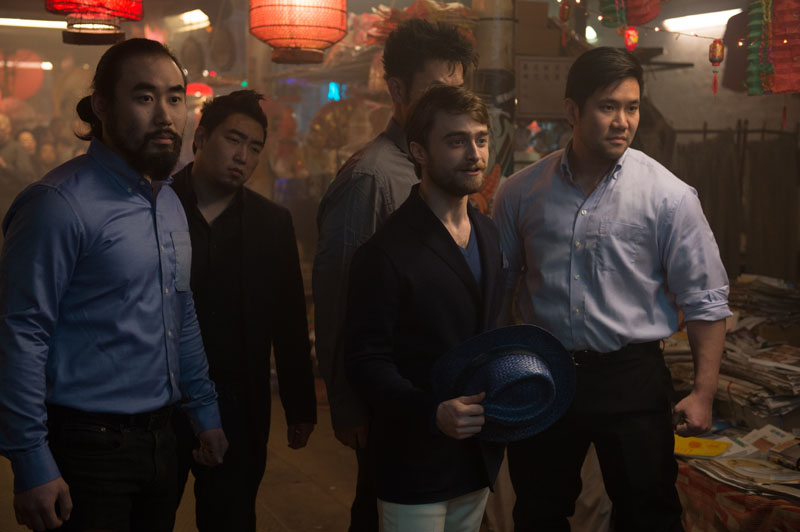 While Thaddeus Bradley is in prison, The Horsemen are in hiding. Atlas, Merritt McKinney and Jack Wilder (Jesse Eisenberg, Woody Harrelson, and Dave Franco) have all gone underground awaiting direction from Rhodes and the all-knowing magician’s secret society, The Eye. When they decide to reemerge, things go awry and they end up captured in Macao. Enter bad guy, Walter Mabry (Daniel Ratcliffe), who does such a good job playing a whiny entitled douche bag that he’s easy to hate.

The events that unfold as The Horsemen try to make their way out of Macao while getting their groove back as one unit are really enjoyable to watch. There is magic and a lot of card play strewn throughout, but mostly it’s the interactions between the cast that make the film fun. The relationships between characters like Rhodes and Atlas, Thaddeus and Rhodes, and newly developed ones like Lula and Wilder and McKinney and his twin brother seem effortless. It feels like they are a team that’s been working together and you really are just an audience that gets to observe from the sidelines. This may be because the film is just a fun flick or it may be because they were actually having fun while making it but either way, I really enjoyed being on the sidelines for the show. 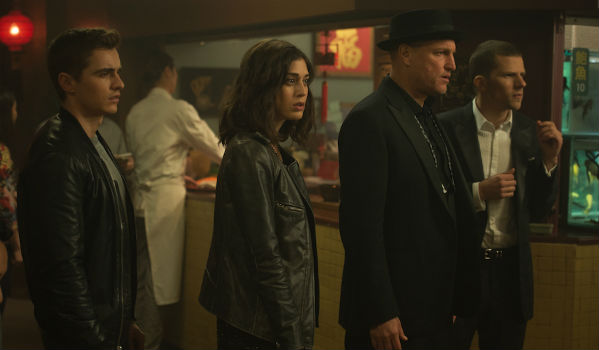 While there are some slow spots and a few scenes that perhaps are a bit over dramatized, remember- it’s about the long game. Don’t get too caught up in the little things and you should leave the theater satisfied.