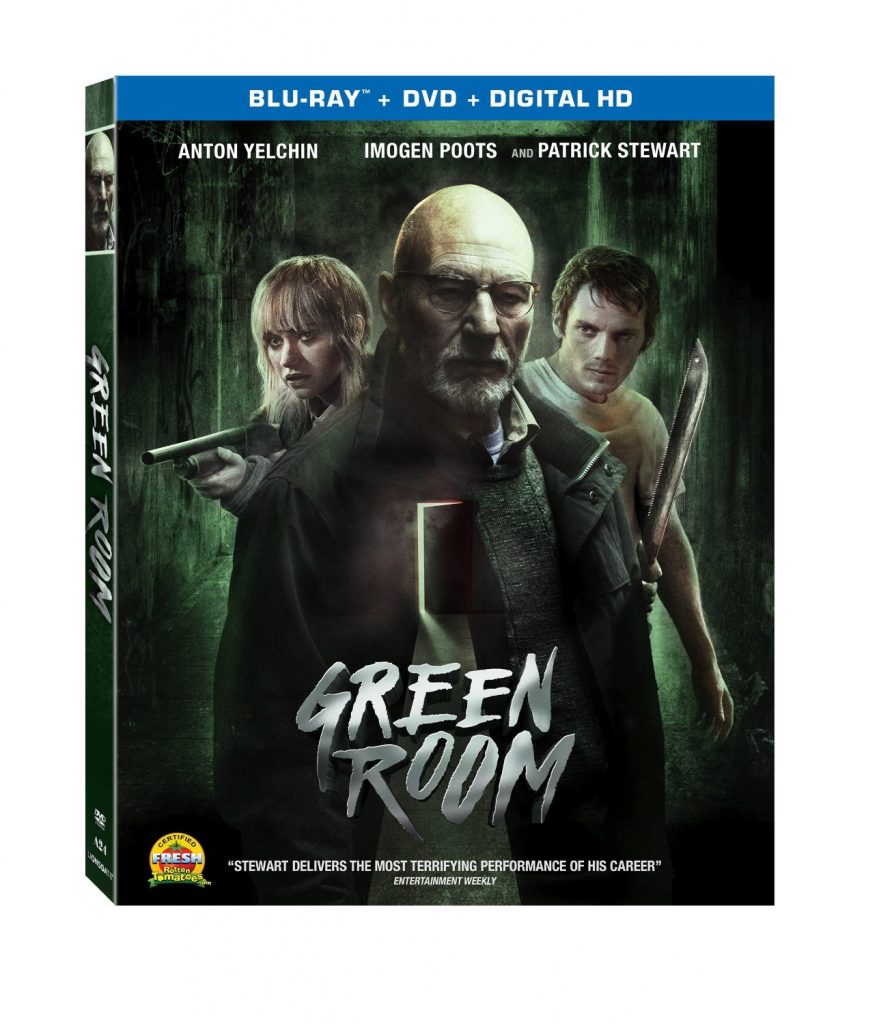 ‘Green Room‘ was my favorite film from 2015’s ‘Fantastic Fest‘. You don’t get much better than Patrick Stewart as a bad neo-nazi, trying to kill a punk rock band. Not only that, you have the ‘Blue Ruin‘ guys Jeremy Saulnier and Macon Blair on top of this film as well. It’s in theaters now, and I highly recommend you go and see it. Lionsgate has just announced the Blu-ray too, which will release on July 12th with some cool extras. Below is the information.

Spike your hair, throw on your combat boots, and get ready to dive into the mosh pit when the brilliantly crafted thriller Green Room hits Blu-ray (plus Digital HD) and DVD (plus Digital) July 12 from Lionsgate. Theatrically released by A24, and written and directed by Jeremy Saulnier (who achieved critical success with Blue Ruin), Green Room is a film that critics are calling “the best screw-tightening siege movie of the year” (Rolling Stone). Rotten Tomatoes Certified Fresh, the award-winning film stars Golden Globe® nominee Patrick Stewart (X-Men: Days of Future Past) in a role ”that’s as cool as it is evil” (Bloody Disgusting) and will haunt audiences well past the closing credits. The “delightfully nasty horror chiller” (Chicago Sun-Times) also stars Anton Yelchin (Star Trek Beyond), Imogen Poots (Fright Night), Alia Shawkat (The Final Girls), Joe Cole (Secret in Their Eyes), and Callum Turner (Queen & Country).

After witnessing a shocking crime, a young rock band is unexpectedly thrust into a life-or-death battle to escape the clutches of a diabolical club owner (Stewart) and his ruthless henchmen in this white-knuckle thriller.