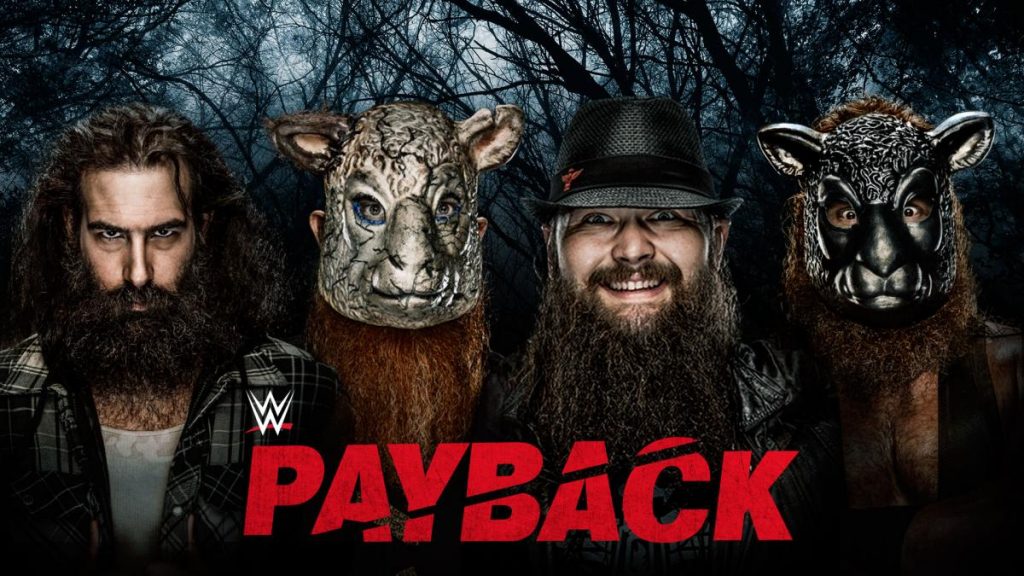 It’s that time of year again for the PPV after Wrestlemania, which is known as Payback. Normally, this is a rather lackluster PPV when compared to the rest of the WWE events throughout the year, and this particular one seems no different, despite a couple of matches. I do expect some good moments, but I don’t expect a ton of titles to change hands here, if any really. Not only that, but we still have a ton of WWE Superstars out, including John Cena, Seth Rollins, Neville, and Randy Orton. You can add to that list Undertaker, Brock Lesnar, and Triple H not showing up, as well as The New Day not having a match either, however the latter will most likely do some promos. In other words, this just doesn’t seem like an exciting PPV at the moment. I hope I’m wrong. Maybe, just maybe Shinsuke Nakamura will show up and wrestle for two hours. Then again, maybe they’ll bring back ‘Firefly‘. Side note: why is Bray Wyatt and the Wyatt family on the poster for Payback, but they don’t have a match?

KALISTO VS. RYBACK FOR THE WWE USA CHAMPIONSHIP 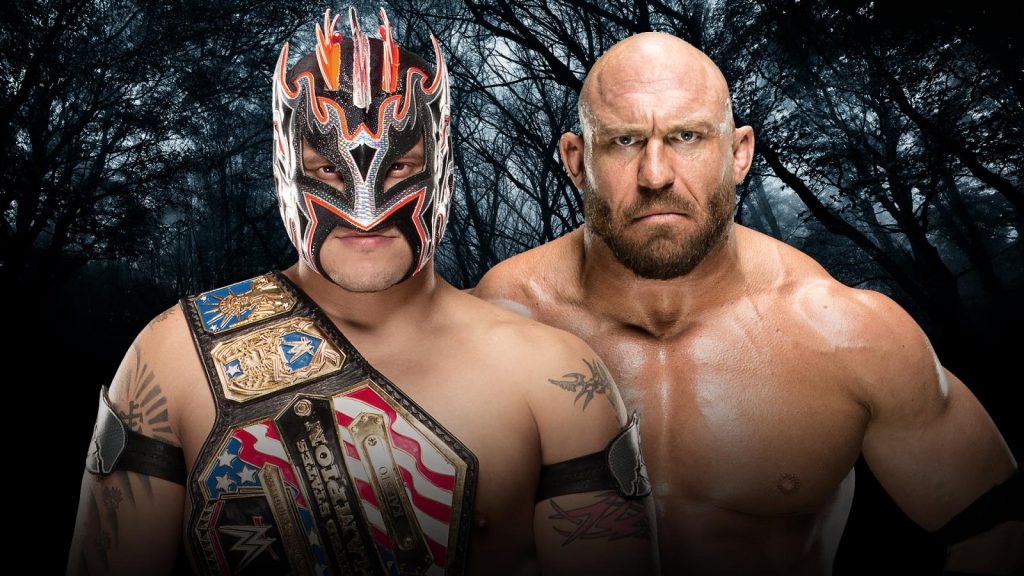 Again, we have Kalisto vs. Ryback for the USA Championship, which seems to have run its course months ago, but here we are in month 14 with these two Superstars, vying for the belt. Recently, not even the creative people at WWE care about this USA belt, because the matches are usually on the pre-card, meaning they go on before the actual PPV event. Shows how much they care about it. Ryback is the giant, muscular ‘Feed Me More’ type of guy, whereas Kalisto is the luchador who weight less than my 15-year old cousin. In reality, Ryback would basically just kill Kalisto, but with the luchador’s high flying moves, I imagine there will be some impressive moves of the acrobatic kind. Maybe this is where Ryback will get his push and win the title. Then again, maybe not.

THE MIZ VS. CESARO FOR THE WWE INTERCONTINENTAL CHAMPIONSHIP 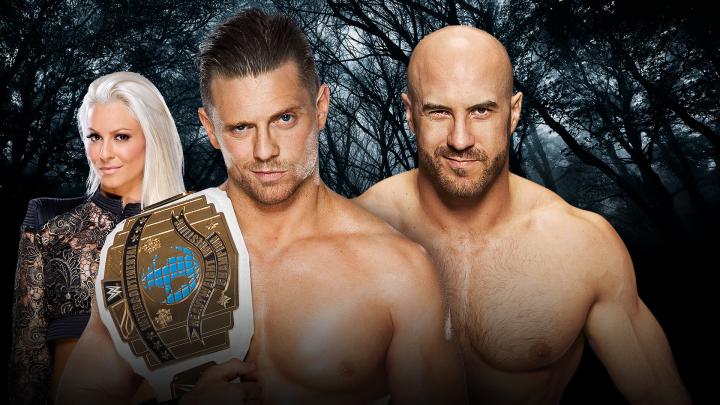 The Miz of MTV’s ‘The Real World is so much fun to watch on television. He’s a great bad guy in the ring and is the current Intercontinental champion, by way of cheating in the ring with the help of his wife, who will be ringside. Then you have Cesaro, who returned after an injury a few weeks ago. Cesaro should win, but this feud is quite fun right now and I see it going on for at least another month before Cesaro takes the title and moves his way up. The only way Miz wins this match is by interference from his wife. The Cesaro Section should crumble up their signs and throw it at The Miz upon his entrance. 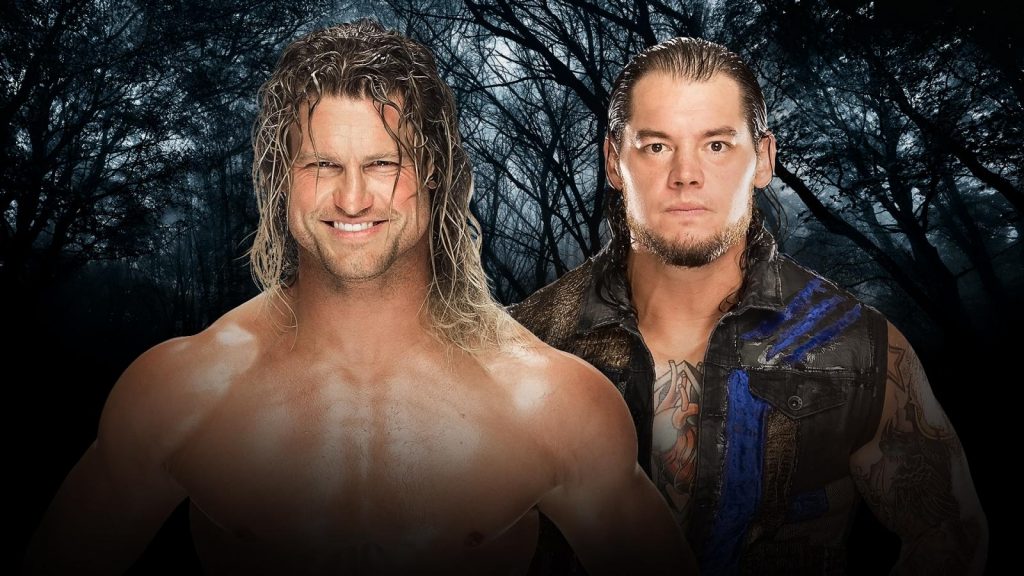 Baron Corbin just recently moved up from NXT to the main card of WWE and since Ziggler hasn’t had a decent storyline since the Bush administration, he is helping the new talent out. Come to think of it, I can’t even remember the last time Ziggler won a match that actually meant something. That being said, this match doesn’t have anything at stake either, other than to make Corbin look good. I don’t see Ziggler winning this one, but it should be a solid match to see if Corbin belongs on the main card. 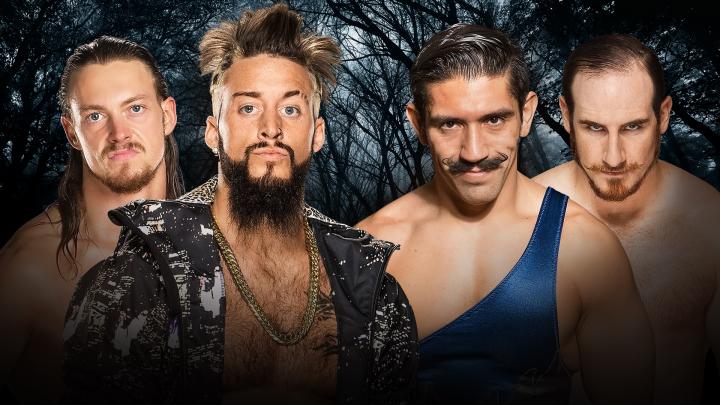 New Day Rocks! New Day Rocks! New Day Rocks! Over the past few weeks, there has been big tournament to see who faces The New Day for the Tag Team Titles. There were several matches that lead up to this one. The Vaudevillains just moved up from NXT and Enzo and Colin are new to the main card as well. Enzo and Colin are hugely popular right now and are basically Andrew Dice Clay on the mic. This should be a fun match, especially if The New Day sits ring side to watch. The New Day have been the Tag Team champs for a record number of days, being almost a year, and I don’t see them losing it anytime soon, since they are so popular and sell a lot of merch. Add to this, that The New Day will defend their titles against the team who has already wrestled for the night.

CHARLOTTE VS. NATALYA FOR THE WWE WOMEN’S CHAMPIONSHIP 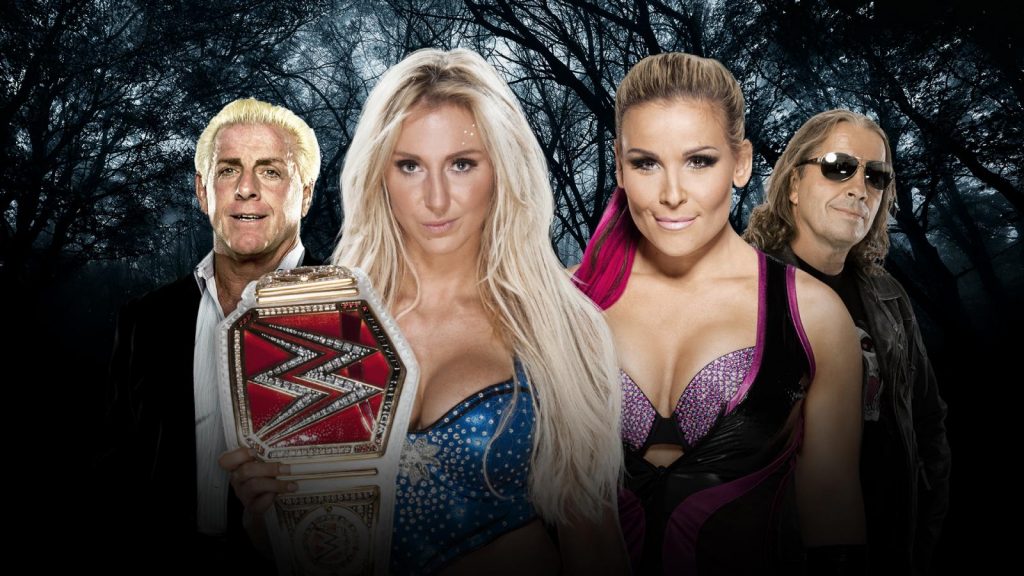 Note that Ric Flair will be in Charlotte’s corner and Brett Hart will be in Natalya’s corner tonight, so you can expect maybe a small scuffle between Flair and Hart at some point, which will be awesome. That being said, Charlotte has been the Women’s champion for a record number of days too, and I don’t see her losing the title tonight to Natalya, who has basically on been on the main card for a short number of weeks. This match will be amazing, possibly one of the better ones of the PPV. Expect a ton of interferences that lead to Charlotte’s win again. Brett Hart is back! 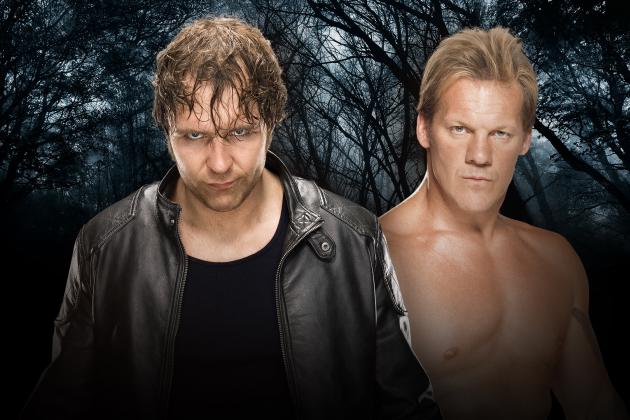 Again, there is no real story line here, other than that Dean Ambrose and Chris Jericho both have talk shows on RAW, where Jericho is mad that his talk show isn’t the only one now. There’s that and the fact that Ambrose is good guy and Jericho is a bad guy. There is nothing really at stake here, but you can expect an excellent match from these two. Who wins this one? It’s 50/50. No matter who many times Ambrose loses, he is always over with the crowd, so it won’t matter who wins or loses this one. I just hope this builds into a much bigger feud between the two, because these two superstars are impressive on the mic and in the squared circle. I’m looking forward to this one, and will be loads better than the supposed street fight at Wrestlemania. 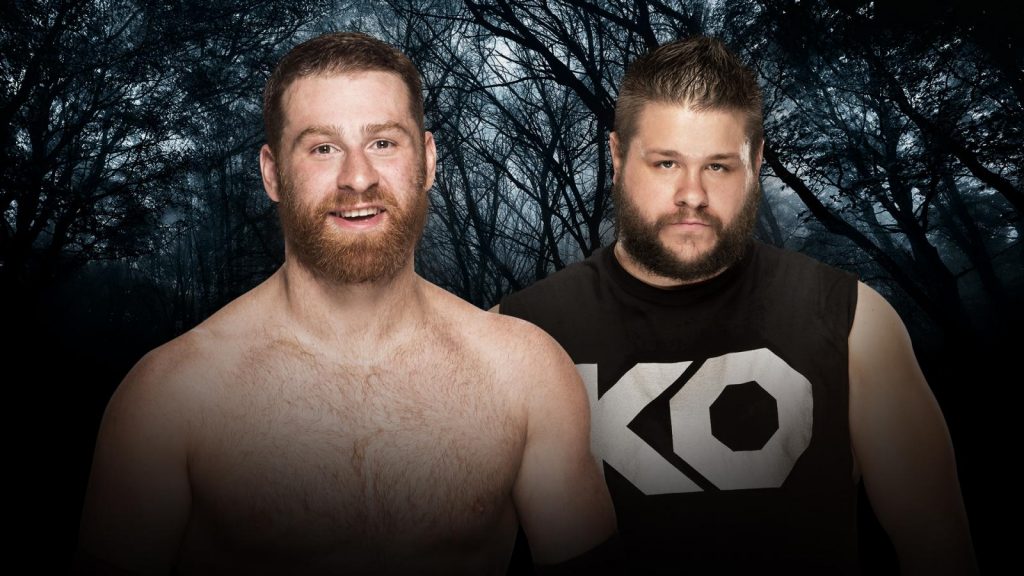 This will no doubt be the BEST match of the night. Sami Zayn and Kevin Owes were actually friends in real life from a young age and got into wrestling at the same time and performed in the same leagues shows. Both of them got signed with the WWE into their developmental brand of NXT, where they were both champions, before coming over to the main card. Kevin Owens might be the best bad guy in the WWE right now, whereas Sami Zayn is the heart and soul of NXT and now the good guy of WWE. These two guys in the ring were friends, until a little while ago, where they became mortal enemies, and it all culminates in this match. It’s just sad that there is nothing at stake here, but rather just two of the best wrestlers in the business going at it in the ring. I imagine this will be one of the matches you’ll watch over and over again for years to come. 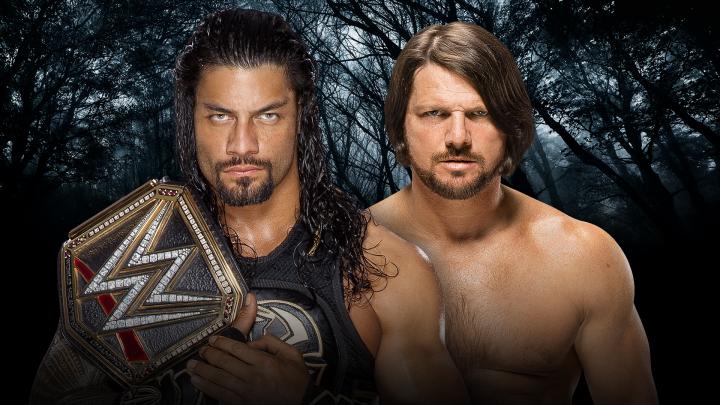 Good, Bad, he’s the guy with the championship. Roman Reigns is supposed to be the good guy of the company, as WWE Creative has forced him down our throats as a good guy and being able to beat any number of opponents, including Triple H at Wrestlemania 32 for the title a month ago. That being said, Reigns is met mostly with sneers and boo’s from the audience, because they are just tired of his schtick. Then you have AJ Stlyes, who came in from WWE’s rival TNA, where it seems like the crowd really likes him. He is a great wrestler, but I just don’t see how AJ Styles can be the main guy in WWE right now. He’s not that charismatic and he’s not super impressive in the ring yet, or at least to be Heavyweight champion. Maybe in a few years, AJ Styles will be ready, but just expect the Roman Reigns Empire to rule the WWE land for a long while. Reigns wins it here, no questions asked, but expect this match to be boring like his last dozen or so matches.

In all, Payback 2016 will have a few good matches, but nothing will really stick out with the exception of the Sami Zayn vs. Kevin Owens match.

I’ll see you all on Twitter, as I will live tweeting and making jokes throughout the PPV. So please follow along on Twitter for the laughs.