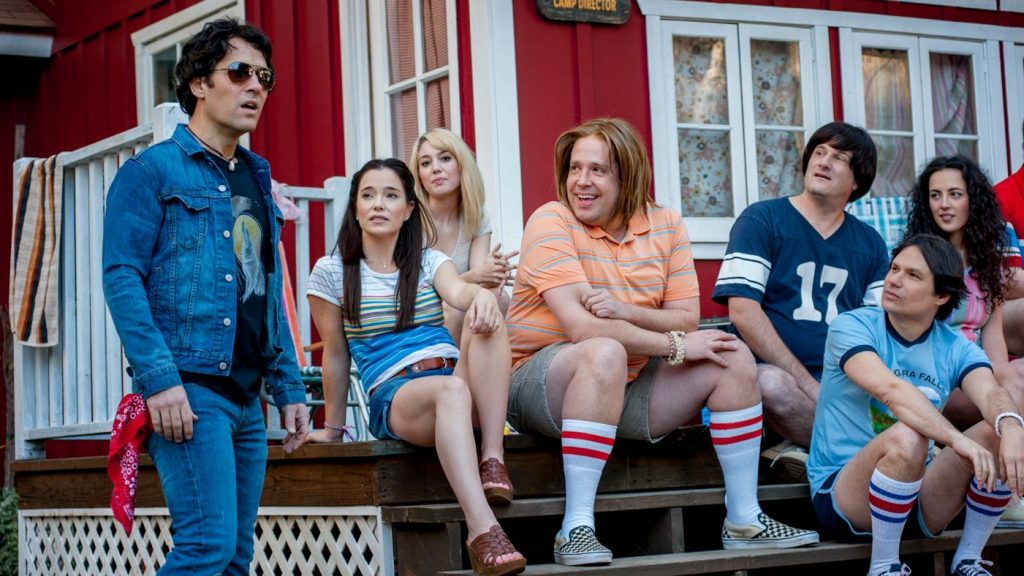 More ‘Wet Hot American Summer‘ is coming to Netflix in 2017 with eight new episodes, and is subtitled ‘Ten Years Later‘. I guess they are really going to abide by that scene in the original film where everyone discusses meeting back up ten years later, and then trying to actually schedule a time and date. It was pretty funny. This last series of episodes was entitled ‘First Day of Camp‘ where the original film was set on the last day of summer camp.

I was guessing that each new season would be the following day, making a potential 45 seasons, but I digress. So if the first day of camp was set in 1981, then this should take place in 1991, which should have a whole new feel, look, wardrobe, and music. You can watch the entire scene of the discussion below. Michael Showalter and David Wain will be back again as writers for ‘Ten Years Later‘ with Wain directing again. There is no casting information yet, but I expect everyone to be back once again, along with a ton more cameos and new characters.

I hope they all come back ten years later for a reunion camp counselor retreat in which we still see the can of vegetables still giving advice and an amazing Paul Rudd entrance. Expect Paul Rudd, Janeane Garofalo, David Hyde Pierce, Christopher Meloni, Michael Ian Black, Elizabeth Banks, Amy Poehler, Bradley Cooper, Zak Orth, and Judah Friedlander to be back. Looking forward to this.