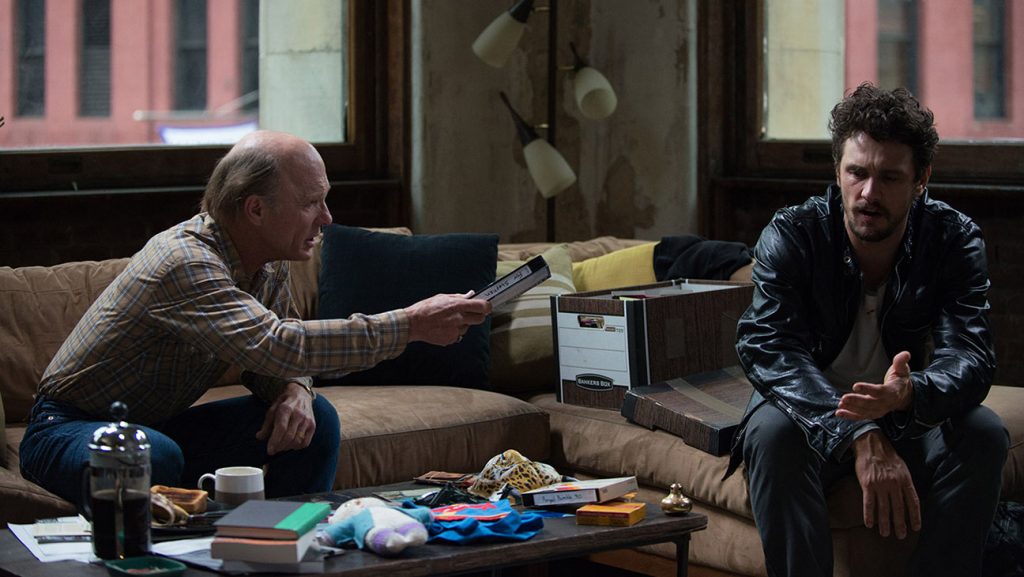 I must admit that I have not read the Stephen Elliot memoir that this is based on.  I can’t judge much as far as the worth of the book or if the plot is better suited for the written word, however, I must say I found this a bit underwhelming.

This is the second James Franco starred/produced film I’ve seen of late.  I applaud the foray into independent cinema; I sit silent as to whether or not it was worthwhile.

‘The Adderall Diaries‘ is generally the story of this writer who had a bad relationship with his father, remembers him as a really bad guy, the dad comes back, the writer is covering a murder trial, and he has writer’s block, and he has a new journalist girlfriend that he’s not too nice to.  Does all this sound like too much?  If so, that was my thought exactly.

Admittedly, the direction is pretty rock solid, except for some really out of place flashbacks. James Franco dives head first into his role as a troubled guy,but he never gives us a reason to sympathize with the character. The plus sides are some great supporting performances, especially Ed Harris as the aging dad who wants to set things right.  The film also includes an awesome display by Christian Slater who will hopefully have a strong comeback soon.

This movie belongs somewhere above a Lifetime movie, yet somewhere beneath an HBO movie.  Plenty of star power, just not enough heart to make any sort of impact whatsoever.

Worth a look, but I’m waiting  to see whatever James Franco does with Seth Rogen next.