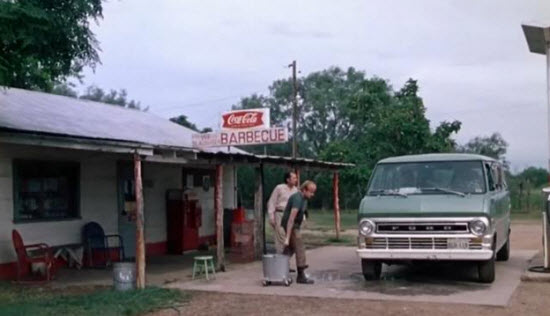 Destination vacations are amazing, couple that with famous film locations and you’ve got a road trip of awesome ahead of you. Turn on Waze and select Academy Award Winner Morgan Freeman’s voice to guide you and that road trip has become an adventure to the degree of epic. 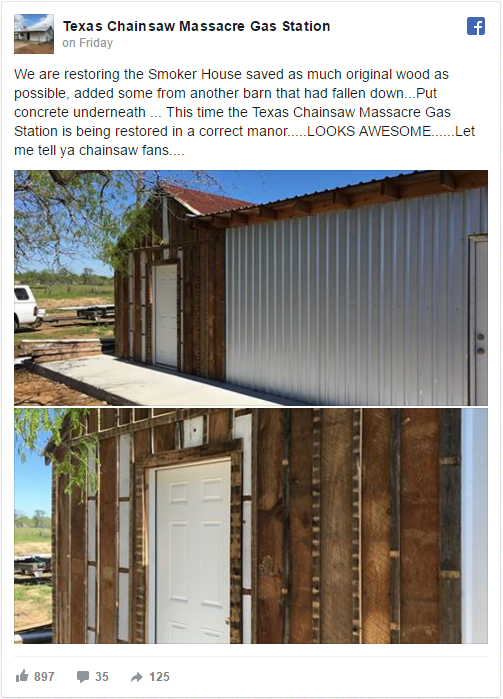 What are some of the stops that are worthy of such an epic trip? Bastrop, Texas for starters. I know, I know – What is in Bastrop? Remember a little movie called ‘Texas Chainsaw Massacre‘? Of course you do, well, you can head to the site of the Last Chance Gas Station, Gulf Oil/BBQ joint seen in the 1974 film.

The property has been purchased by an Ohio entrepreneur named Roy Rose, he and a partner, are making it a destination all it’s own. Soon the property will be transformed into a restaurant, music venue and a retail store with overnight cabins. That’s right, you can lay your head next to a famous site where others lost theirs.

That partner I talked about, is none other than Ari Lehman, you might recognize him best as the first ever Jason Voorhees from ‘Friday the 13th‘. I’ve seen him at a couple of comic-cons and he’s been steadily working, I have no idea the degree of his involvement in the Horror BBQ Resort. 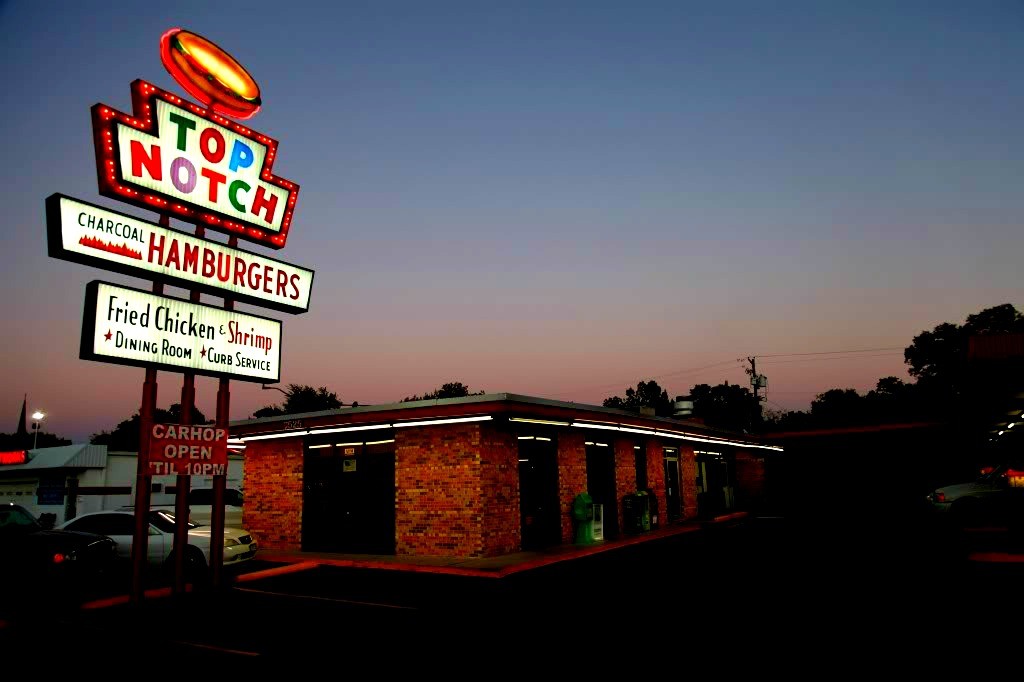 From Bastrop, you could head on into Austin and visit a site from two fantastic films that were staples of my teenage years, ‘Dazed and Confused‘ and ‘Varsity Blues‘. The site these two flicks share is the Top Notch Drive-In. Matthew McConaughey got his “Alright, alright, alright” on for the first time, it’s where James Van Der Beek as Moxon experienced gallons of teen angst in ‘Varsity Blues‘. Since entertainment usually follows once you’ve been fed, you might want to hit The Aristocrat lounge, scene of The Emporium pool hall seen in Dazed. Keep your eyes open for Mitch Kramer and his incessant nose pinching.

If you need some adult flavor to your movie stops, you can’t miss St. Mary’s Cathedral while you’re in Austin. Just a glimpse of that church ought to inspire images of blood, death, carnage and Cheech Marin as a priest in the Robert Rodriguez exploitation homage ‘Machete‘. Ave Maria does NOT play out speakers around the church, so load your iPod accordingly. 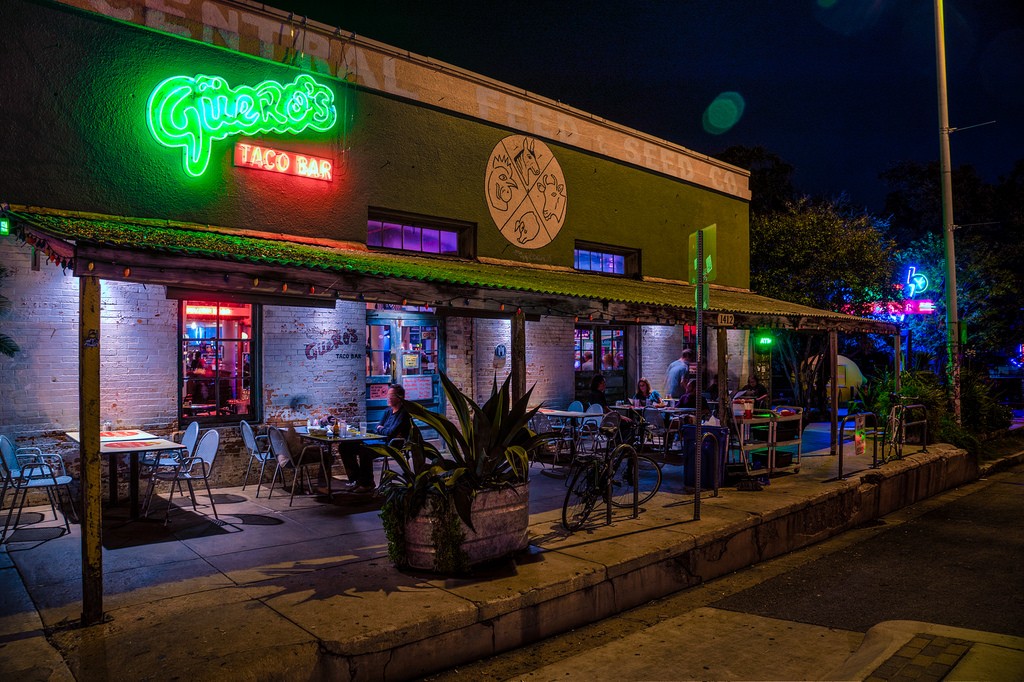 If we’re already talking about Robert Rodriguez, Quentin Tarantino’s name naturally comes to mind and he’s used a few locations in Austin, himself. In the Southern part of the city, Guero’s Taco Bar was the scene for Jungle Julie and her friends in QT’s ‘Deathproof‘, if that isn’t enough for you, keep in mind that the patio of Guero’s was used in the roadtrip extravaganza for foodies in Jon Favreau’s ‘Chef‘.

This, by no means, is a complete list of the celluloid history you can find in or around Austin, TX, but its a start. I might be making a pilgrimage to the city myself this summer with good tunes and good friends. Roadtrip season is officially on!