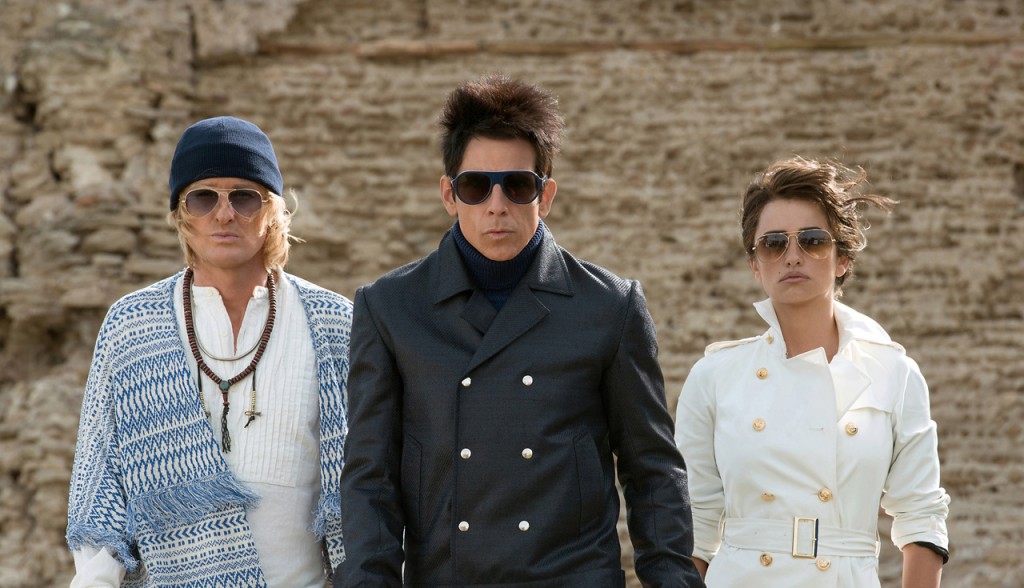 It’s been fifteen years since we saw Derek Zoolander perform on stage in the world of male fashion modeling. That first film, directed by Ben Stiller himself was a brilliant and hilarious satire on the fashion modeling world with a little bit of action and silliness packed in at every corner. ‘Zoolander‘ and many of its characters became instant cult icons. Even many lines of dialogue are still quoted today in everyday life from the first film. Stiller himself has said he’s wanted to do a sequel for the past several years now, but nothing has come together, but one script made it through and everyone signed back on for ‘Zoolander 2‘.

In most cases, sequels try to outdo the previous film in the way of bigger budgets, bigger actions sequences, and more big name stars. That is exactly the case with this ‘Zoolander‘ sequel, however the problem is that almost none of works. It may be the fifteen year hiatus from the first film, or it maybe that the jokes don’t work anymore, or it maybe one of the many fatal flaws that made this anticipated sequel a lazy, jumbled movie. Fans certainly deserved better than this. From a Mer-man to a Man-cow, Derek Zoolander has had a rough life since we last saw him in 2001. In a montage of news clips from the beginning of the film, we learn that two days after the construction of the ‘Derek Zoolander Center Who Can’t Read Good’, it collapsed in the water, killing Zoolander’s wife Matilda (Christine Taylor) and permanently “disfigured” Hansel (Owen Wilson).

Luckily, Zoolander’s kid survived and Derek raised him alone, that is until video surfaced of him parenting, and his kid was taken away. Years went by, which brings us to 2016, where Derek and Hansel are living “off the grid” and don’t model anymore, when a certain someone shows up that asks them to go to Italy and infiltrate the fashion world again to stop a mystery person who has been killing pop stars and reconnect with Derek’s now teenage son. It’s no mystery though for who’s behind all of this (Mugatu –Will Ferrell), but it’s a shame that he doesn’t show up till the final act of the film, because he is still funny and possibly one of the better parts of this already lackluster sequel. The main problems with ‘Zoolander 2‘ is overkill.

They took the same jokes and fun aspects of the first film and kept regurgitating them every two minutes in this sequel to the point where it became annoying, lazy, and not fun. The film became more about how many famous people can we get to do one line of dialogue in a cameo then actually tell an entertaining story, which is unfortunate, because there is clearly a story somewhere in there. It just seemed like nobody cared to tell it, but instead we see about 50 famous people pop up for a throw away joke. 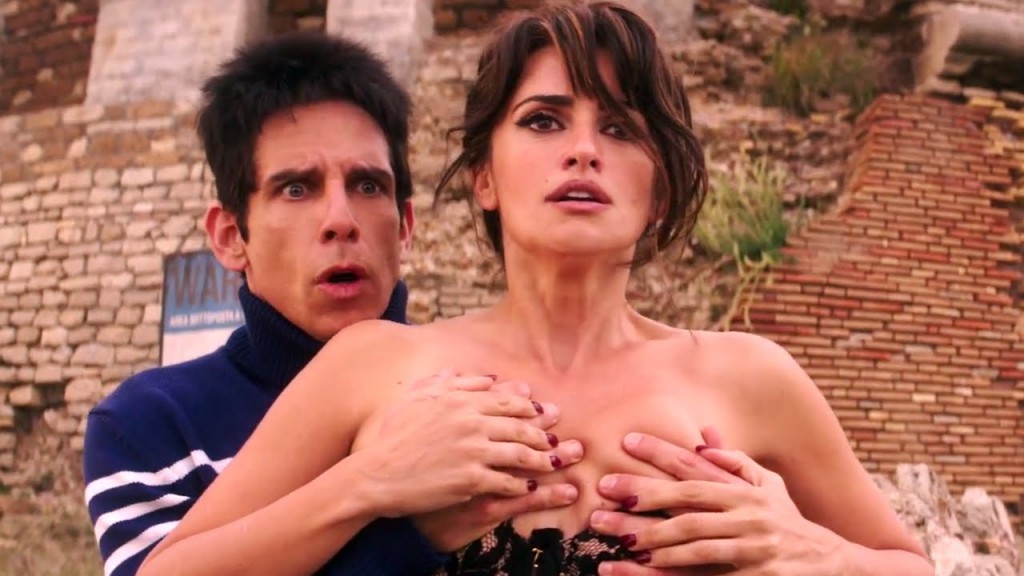 There are some bigger action sequences, the whole film takes place in Italy, and there are some light laughable moments, but the film just hammers away with the same joke and gimmick over and over, that the film never really gains any traction or moves in a forward direction. The picture and direction itself is okay at best, but again, comes across as lazy, which is strange, since Stiller directed this one too. His previous directed films ‘Cable Guy‘, ‘Tropic Thunder‘, and ‘Zoolander‘ all had a very artistic and fresh look to them, but this sequel was more or less a Michael Bay film without all the explosions. Really, it looked like anyone could have made it.

There are a few good things though, such as one or two of the longer cameos, and it was great seeing Zoolander and Hansel at it again, even if only a few of the jokes went over. There are a few laughs, but nothing uproarious or memorable. ‘Zoolander 2‘ just tried too hard to be a good film and instead of telling a decent story, it relied on rehashing the same jokes over and over with too many ridiculous cameos.