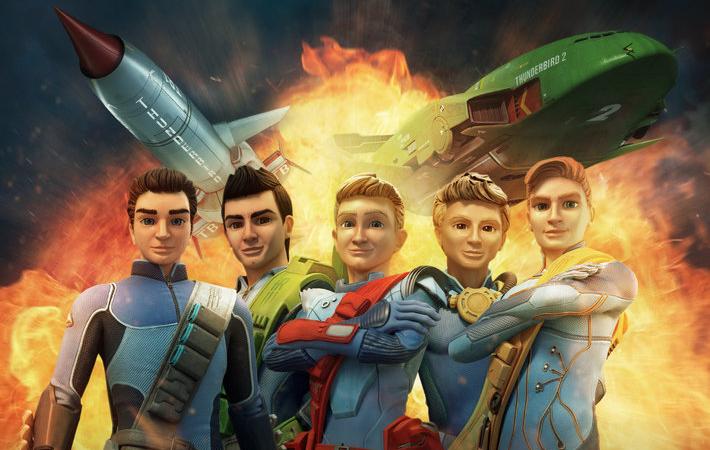 The ‘Thunderbirds‘ are back for those that are interested in a remake of the 50-year old classic series now titled ‘Thunderbirds Are Go‘. Amazon has got the rights to air the new series and has already ordered FOUR seasons of the show with 13 episodes each. The first two seasons have already aired in the UK late last year and this year, but the next two seasons should be up and running later this year and next. The new series uses a mix of live-action and CG in the adventures of the Thunderbirds, which include Lady Penelope, Scott, John, Virgil, Gordon, and Alan.

Rosamund Pike, Thomas Brodie-Sangster, and Rasmus Hardiker provide voices. I was never a HUGE fan of the series, but I enjoyed it when I watched it, but it seems like Amazon wants this as one of their big tent-pole television shows. Now all we need is for Trey Parker and Matt Stone to do a ‘Team America‘ television show.