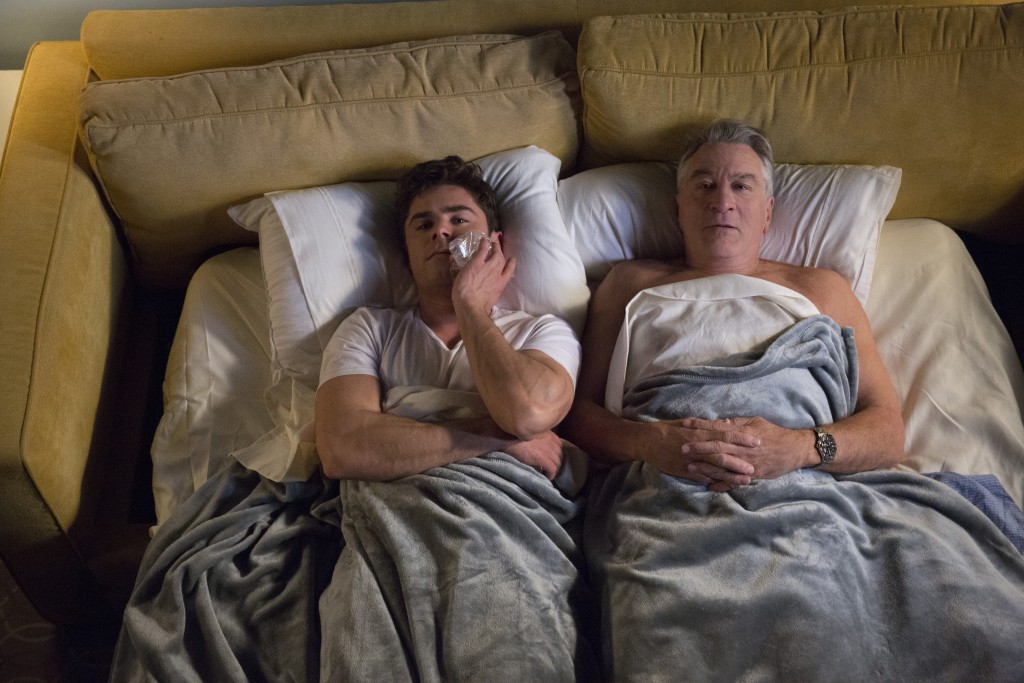 January continues to roll in with the bad films as is usual for this time of year. It astonishes me that this screenplay was ever on the famed Hollywood blacklist. Perhaps some of it might have been funny on paper, but it never translated well into film, even with the star power of Robert De Niro as you’ve never seen him like this before. You won’t be surprised to see that the director of the film is a guy named Dan Mazer, who was the creative right-hand man to Sacha Baron Cohen since ‘The Ali G Show‘.

Mazer has produced and written all of Cohen’s films from ‘Borat‘ to ‘Bruno‘, and that type of vulgar comedy is in complete display here with ‘Dirty Grandpa‘, which is not to be confused by the better film ‘Bad Grandpa‘ from the ‘Jackass‘ crew, although both films are entirely way too similar, in that they both feature a dirty old man take their grandson on a road-trip across the country and get into all sorts of dirty trouble. ‘Dirty Grandpa’s‘ fatal flaw is that it dirty and vulgar just for the sake of being dirty and vulgar. There is no real reason to it. Each joke is forced down your throat and nothing ever seems to flow naturally.

Instead, we are forced to choke down a million dirty words in each sentence of dialogue and literally watch De Niro sink down into showing his “Goodfella” on screen, just for the sake of trying to shock you. The film follows Jason (Zac Efron) who was once a great photographer in school, but has gone the lawyer route to appease his fiance’s (Julianne Hough) idea of a wealthy and rich life, where the only thing that matters are her feelings and thoughts, and not Jason, as he does all the work to prepare for their wedding, which is only a couple of days away.

The film starts out at a funeral for Jason’s grandmother, who his grandfather Richard “Dick” Kelly (De Niro) doesn’t seem so upset about. Dick talks Jason into taking him back to Florida in a car, which turns out to be a road trip Jason will never forget, as Dick tries to score with girls 50 years younger than him, doing copious amounts of drugs, and even making fun of his grandson every chance he gets. Even though the reason behind Dick’s behavior is sincere and eye opening, none of the characters are remotely likable.

Sure, there are some funny moments you’ll chuckle at, such as Jason Mantzoukas’s character Pam (which is basically Raffi from ‘The League‘) or Aubrey Plaza’s character Lenore who gets down and dirty herself in this movie and loves older men, but the laughs don’t come often enough to be a truly satisfying film, even though it desperately wants you to think it’s the funniest film you’ve ever seen.

Again, everything is forced in this movie, which never really allows you to appreciate any of the comedy or characters, because every 20 seconds, the film pounds each same old dirty joke you’ve heard a thousand times over your head. This time, it’s Robert De Niro telling the jokes. That’s the only difference. Don’t get me wrong, I’m a huge fan of vulgarity in films and dirty jokes, but they need to come naturally and flow with the story. None of this happens in ‘Dirty Grandpa‘.