All-Star Cast Lines Up For ‘The Spy Who Tried To Stop A War’!!!

There is always a draw for spy movies, when you have an excellent cast, with an intriguing story, it demands your attention. One such movie will be ‘Official Secrets‘, it’s based on the bestselling book ‘The Spy Who Tried To Stop A War: Katherine Gun And The Secret Plot To Sanction The Iraq Invasion‘ by Marcia and Thomas Mitchell. 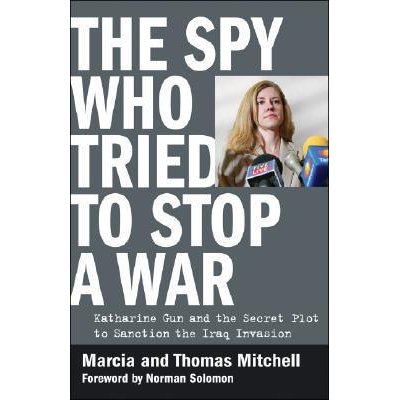 Justin Chadwick (‘The Other Boleyn Girl‘) has been tapped to direct the espionage thriller with a star-heavy cast and a script from Sara and Gregory Bernstein (‘The Conspirator‘). Paul Bettany (‘A Beautiful Mind‘), Natalie Dormer (‘Rush‘), Martin Freeman (‘The Hobbit Trilogy‘), Anthony Hopkins (‘Silence Of The Lambs‘) and Harrison Ford (‘Star Wars‘)  have all signed to appear in the film.

In the run-up to the 2003 Iraq invasion, Katharine Gun (Dormer), a young British intelligence officer, reveals a secret illegal NSA spy operation against the UN Security Council designed to ensure passage of a resolution for war to Martin Bright (Bettany), a reporter at The London Observer. Her arrest following the leak makes headlines around the world, and in an attempt to gain the evidence to free Katharine, Martin unearths a shocking plot that puts both of their lives in jeopardy. Freeman will play the Observer’s foreign affairs editor Peter Edwards, Hopkins is cast as a retired UK general and Ford a CIA agent.