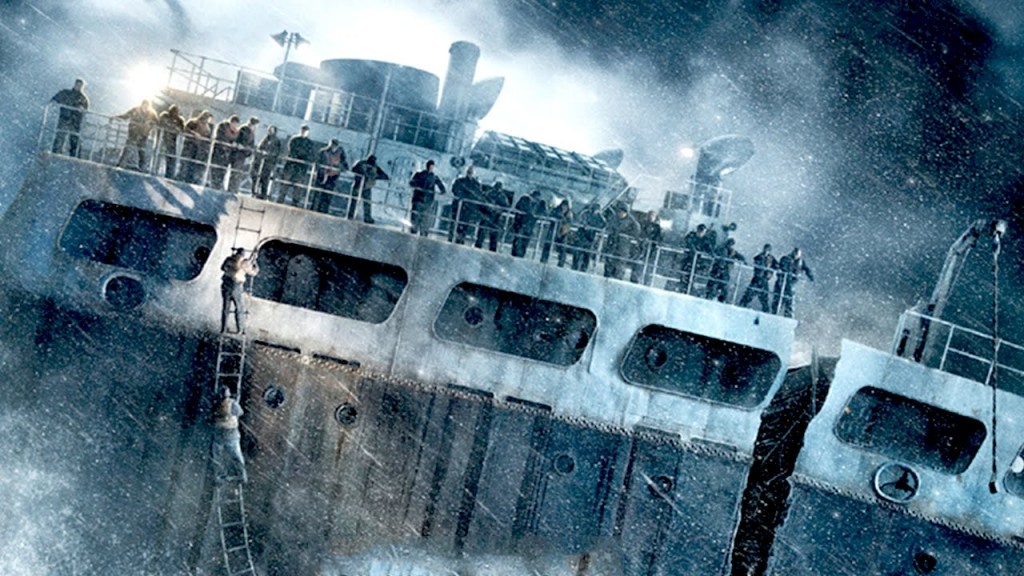 The Finest Hours opens on the hood of a 50s vehicle and a lot of snow.  Two men, Bernie Webber (Chris Pine) and his friend, are driving to meet two ladies for a blind date.  The apprehensive Webber meets his match when he lays eyes on Smokey the Bear (it will make sense if you see the film).  Miriam (Holliday Grainger) is Webber’s spitfire love interest.

Pine’s innocence is endearing, but his intellect comes off as mentally disabled.  If Webber had social awkwardness or some kind of mental disability, then Pine’s performance makes sense.  If not, he did not do Webber justice in this role.  Perhaps its because Pine usually plays the self-assured, aggressive playboy.  My first exposure to Pine’s work was when he portrayed the legendary role of Captain James T. Kirk in the revamping of Star Trek film series.  He plays confident, even cocky, roles easily, i.e. FDR Foster in This Means War, Jack Ryan in Jack Ryan: Shadow Recruit, and Cinderella’s Prince in Into the Woods.  Webber is a glove that just doesn’t fit Pine until he saves the day.  His somewhat modest demeanor yet charismatic smile to his fiancée Miriam is similar to his normal hero roles.  Grainger is still very new to me, as I have only seen her in Cinderella as Anastasia.  I barely remember her, but in The Finest Hours, Grainger asserts herself.  Miriam must have been one strong woman.  If so, Grainger nailed it. 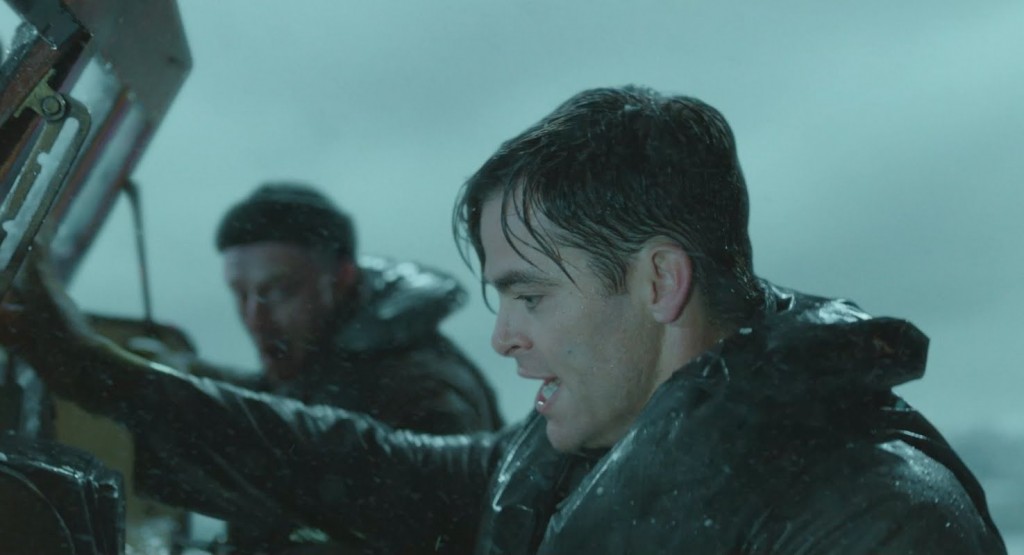 My favorite performance is hands down, Casey Affleck as Ray Sybert. Sybert was the engineer on the Pendleton oil tanker ship. Affleck I have known and enjoyed his performances ever since I saw him in To Die For as the impressionable teenage misfit, Russell Hines, and lovelorn Tom in 200 Cigarettes.  Affleck’s style has usually been subtle but still attention getting. Over the years, I have enjoyed seeing him pop-up in more films American Pie & American Pie 2, Soul Survivors, Ocean’s Eleven, Ocean’s Twelve, Ocean’s Thirteen, and most recently Interstellar.  Affleck may not have made it lead roles, but I see this as Hollywood’s missed opportunity.  In The Finest Hours, Affleck stole the show for me.

The film went from being about a budding romance or a coast guard’s fight with the deep blue sea to whether a humble engineer could bring together a mutinous, panicking crew and piss poor patched up tanker.  Two nice surprises to see were Eric Bana, Chief Warrant Officer Daniel Cluff, and Josh Stewart, Tchuda Southerland, in The Finest Hours.  Bana was awesome as Hoot in Black Hawk Down, Bruce Banner in Hulk, Hector in Troy, and Henry Tudor in The Other Boleyn Girl.  However, as Cluff, he was a wandering buffoon. I did not enjoy this role for him, but he commits to the role and stays true.  Josh Stewart, who played Detective William LaMontagne Jr., a favorite from the TV show, Criminal Minds, brings his southern charm to the screen.  Southerland was a bit role, but I hope to see more of Stewart. 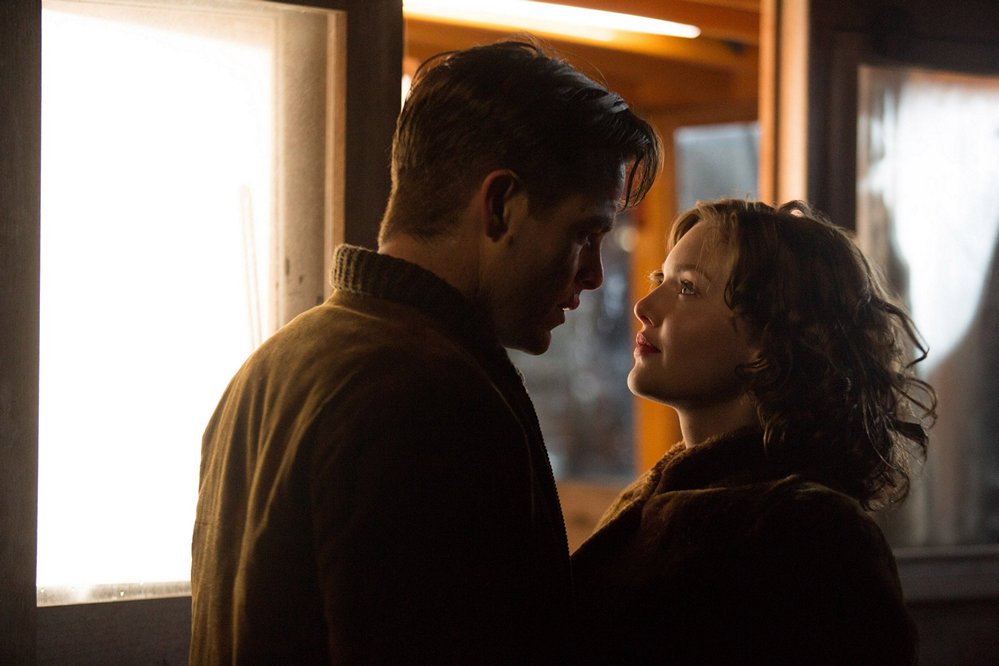 Although I agree that The Finest Hours has an endearing wholesome tone to it indicative of the 50s, the plot structure seemed rushed.  Whether from a lack of facts or rushed screenwriting, the romantic part of the story was underdeveloped and made the pace drag.  The only somewhat enjoyable parts of The Finest Hours were the suspense of getting the rescue boat to the sinking boat and trying to keep the sinking boat above water. 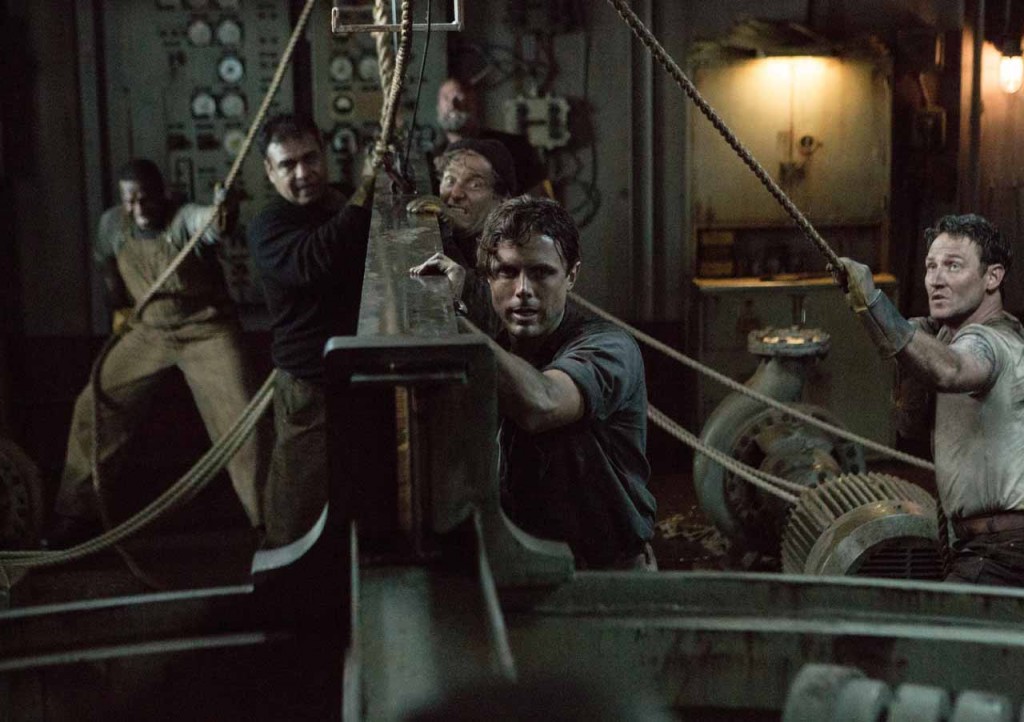 The Finest Hours could have been better if the elements were more balanced.  The score even overcompensated for the lack plot structure and/or story.  The production just didn’t flow well except for the build to the climax in regards to the Pendleton.  Not convinced that 3D or IMAX is necessary.  This was no Perfect Storm.  Small reminder of Titanic though, I’m sure you can guess where.  This was my first Craig Gillespie film.  Although the underwater and above water shots were pretty cool, The Finest Hours just didn’t do it for me.