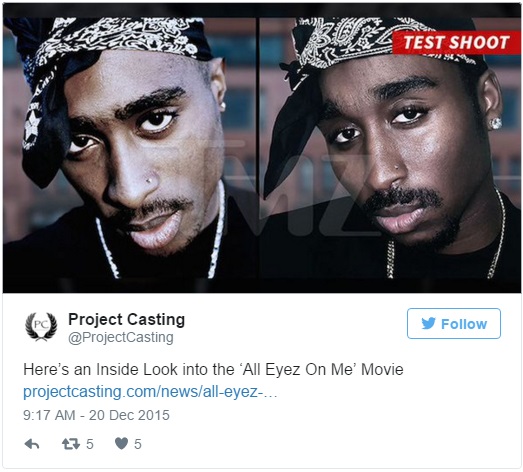 We’ve known for a while that there has been a Tupac Shakur biopic in progress, but there haven’t been a lot of results that have been very newsworthy, until now. Morgan Creek has held the music rights for the project and those rights are slowly reaching their deadline which has now made some big movements. If production wasn’t underway by the end of 2015 the music rights to Shakur’s tunes were to revert to his mother.

First off there is a new director, Benny Boom who has his history seated, strongly, in hip-hop videos and documentaries. In addition to the director, the cast is starting to take shape as well, the project found their lead in newcomer Demetrius Shipp Jr. who bears more than just a small similarity to Shakur. Jamal Woolard (‘Notorious‘) has been tapped to portray the Notorious B.I.G. While others have played Shakur in various films but this will be the first film to focus mainly on Shakur. 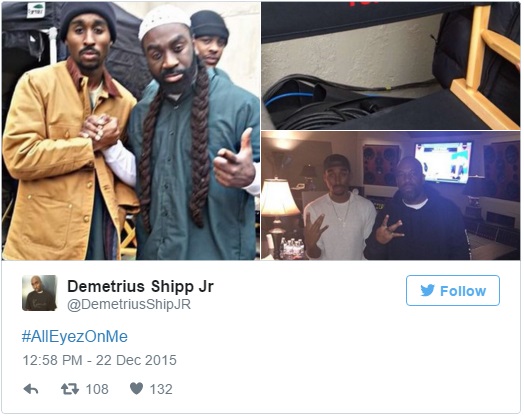 Woolard plays Shakur’s rival Biggie Smalls, this may seem a little redundant to some people as he began his career playing Biggie in the 2009 biopic ‘Notorious‘. After a stuttered beginning and the game of musical chairs that was played by directors until Boom stuck. There may be some movement on the project now, but we still haven’t been given a release date.