‘The Garbage Pail Kids Movie’ Will Be Glorious On Blu-ray!!! 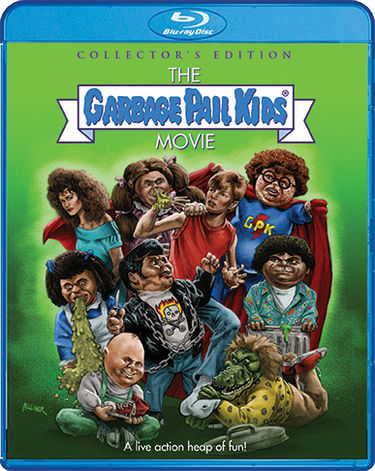 You can keep your smiley, sunny cheerful Cabbage Patch Kids, and your adorable, roly poly Popples, but you were not an awesome kid of the 80’s if you did not get on the Garbage Pail Kids wagon as it trundled through your childhood. That wagon rambled through stealing your innocence and replacing those trusting doe-eyes with some heavy skepticism. I loved them! Of course I did, it was the collector’s card version of ‘Happy Tree Friends‘ in a sense. They should be cute, should be safe, but they turn on you like a good ‘Goosebumps‘ novel would. GPK’s were the  in-your-face response to the aforementioned Cabbage Patch Kids craze that celebrated cuteness and like anything our parents deemed too gross or disgusting, the more glorious our search for these cards became. The Holy Grail was a shiny pack of brand new cards just waiting to be explored, would you get that coveted card none of your friends could get and you were all in a secret race to be the first? 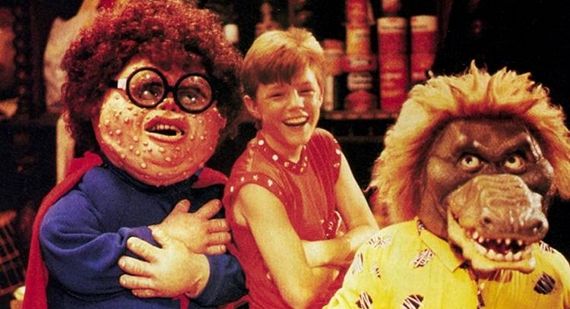 My love of GPK made me lose sight of the true reason I’m here. ‘The Garbage Pail Kids Movie‘!!! No, they’re not giving this one a remake…yet. Being panned as one of the worst flicks made would make you think it will be safe, but who really knows at this point, right? I’m talking about the original GPK movie from 1987 that brought those awesomely creepy creations to life, well movie-life, and it’s being re-released with all the glory a high-definition blu-ray could proffer.

On December 8, you can get your hands on the disgusting kids that brought those cards to life, they may be oozing nasty substances, made of green mud and the last thing they want is to be controlled by the dude that created them. Who wants to live without TV or candy? Not these kids and they do something about it. If you’re up for it they’ve got all the snot, farts and vomit you can take in a film that personifies “gross-out humor”, couple the nastiness of the GPKs then throw in the dreamy Mackenzie Astin (‘Iron Will‘) as a perfectly normal, nice teenager, Dodger, who happens to stumble upon these mutants. Just as any nice kid would do when they see someone in a bad situation, he wants to help and releases the GPK from their magical trash can prison when all hell breaks loose. 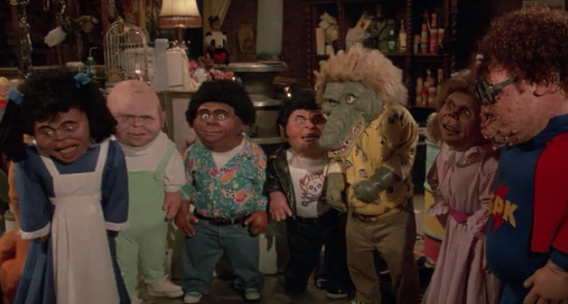 Being the good kid he is Dodger becomes fond of the misfit crew and he joins them to fight against thuggish bullies, their combined efforts just might land them behind bars at the State Home for the Ugly!

As any good re-release does, this one is packed with some awesome bonus features.

Bottom line – Pick this one up! Your kids just might believe you were cool at one point.