‘Memento’ Is The Newest Title On The Block For Remake!!! 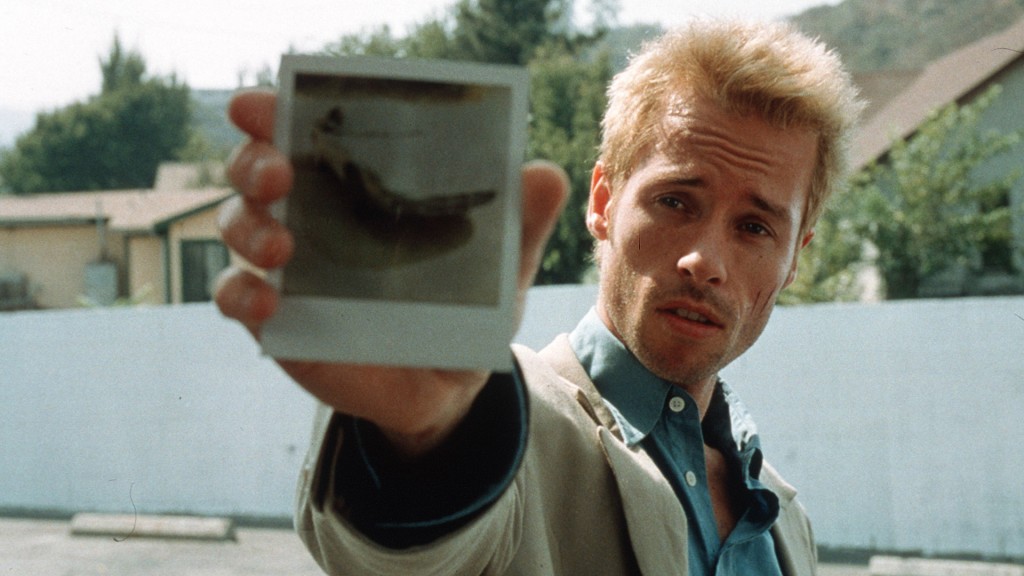 Is anyone else sick of the remakes out there or is it just me? Based on the number of fans that trek to the local cineplex and plunk down heard-earned cash for a ticket to watch the new big thing which is just  remake of what the big thing was 20 years ago make me think I’m alone. Sometimes a remake comes along before it’s even 20 years old which just makes me all kinds of stabby. Especially when it’s done to such a well-made flick like ‘Memento‘. The directing juggernaut that is Christopher Nolan launched into Hollywood with this flick and it’s still a prime look at exemplary director skills. In a world of beating the same dead horse for movie ideas, this plot is fantastic in its originality, which may be one reason it’s been cherry-picked for a remake. 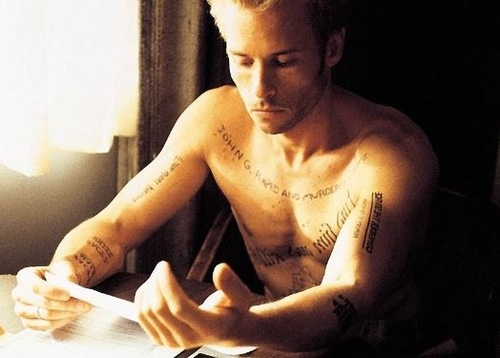 AMBI Pictures, run by Andrea Iervolino and Monika Bacardi are the culprits behind the financing and production of this gem. The company recently acquired the library of Exclusive Media Group, a 400-title library that contains more than a few guilty pleasures and some favorites like The Little Cult Film That Could: ‘Donnie Darko‘. AMBI launched a hefty film fund last week after gaining the library and has immediately greenlit ‘Memento‘ as it’s latest production.

For those of you that have been in a bubble or just haven’t seen one of the flicks that’s been hailed as one of the greatest films of the decade, let me enlighten you. Guy Pearce (‘L.A. Confidential‘), Carrie-Anne Moss (‘The Matrix‘) and Joe Pantoliano (‘The Sopranos‘) star in what began as a short story by Jonathan Nolan whose big brother just happens to be Christopher Nolan, the Nolan’s fleshed out the script and big bro took the reigns creating the neo-noir psychologically thriller that rocked the film-world and was, coincidentally, nominated for best screenplay and best editing.

The premise is the story of a man who is tracking down his wife’s killer. I mean, that’s bad enough, right? Not for our man, he also suffers from a rather unique form of memory loss, anterograde amnesia. Basically his wife’s murder was so traumatic he lost the ability to form new memories beginning with the event causing the amnesia, but he has total recall of everything until that moment. Fun, right? I can’t even imagine the filming logistics this introduced but Nolan was a sheer, freaking genius in the way he shot the movie presenting two separate time-lines to the audience with one line moving forward in time and the other moving backwards with one of the lines being presented in black and white to help distinguish which is which. This was new, original, intelligent story-telling and I loved it!

Bacardi said, “Memento is a masterpiece that leaves audiences guessing not just throughout the film, but long after as well, which is a testament to its daring approach. We intend to stay true to Christopher Nolan’s vision and deliver a memorable movie that is every bit as edgy, iconic and award-worthy as the original. It’s a big responsibility to deliver something that lives up to the mastery of the original, but we are extremely excited and motivated to bring this puzzle back to life and back into the minds of moviegoers.” Bottom line for me? I’m not sure it has a prayer of being better than the original.