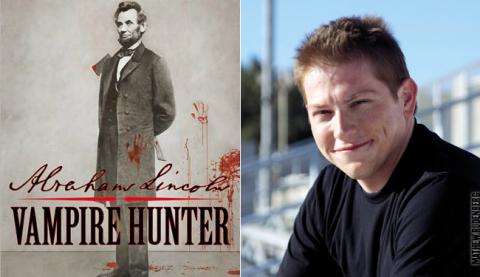 Seth Grahame-Smith  is putting some distance between himself and the novels that rocketed him to stardom (‘Abraham Lincoln: Vampire Hunter‘ and ‘Pride and Prejudice and Zombies‘) by turning his eye to directing. The project in question isn’t an adaptation to one of his novels, but to ‘The Flash‘.

The Warner Bros. comic book movie based on the DC Entertainment character was being looked at as a project for the duo from ‘The Lego Movie‘, Phil Lord and Christopher Miller, the pair have taken another vehicle launching them into the ‘Star Wars‘ world and have left ‘The Flash‘ rudderless. This is where Grahame-Smith will step in, he will be writing the film and making his directorial debut for a feature.

While working in his lab during a storm one night, a bolt of lightning strikes a tray of chemicals soaking police scientist Barry Allen with its contents. Now able to move at super-speed, Barry becomes The Flash protecting Central City from the threats it faces. Flash is already looking at a release date of March 3, 2018 and a star attached, Ezra Miller. Miller’s Flash, Barry Allen, will be introduced in ‘Batman v Superman: Dawn of Justice‘ and then he will appear again in ‘Justice League Part 1′ which will debut in the summer of 2017.