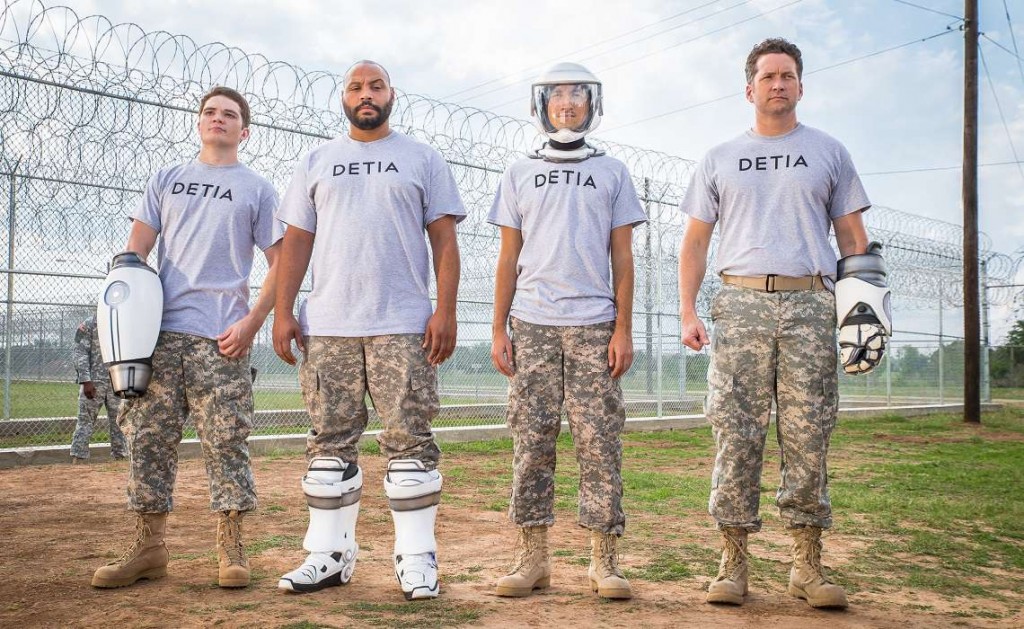 It’s very rare when a movie like ‘Lazer Team‘ comes out. It’s over-the-top, ridiculous, raunchy, and very silly. However, it works on every level and I found myself having an excellent time in the theater from start to finish, laughing so hard, it hurt. Matt Hullum and Burnie Burns, the duo that is responsible for the iconic ‘Red vs. Blue‘ series wrote and directed this hilarious feature film. ‘Lazer Team‘ happened because the fans made it happen with a strong crowd funding campaign that ended up earning three times more than what they asked for, and it’s evident in the movie.

The film looks crazy good with big aerial shots and some fairly good visual effects for a low budget comedy sci-fi movie. ‘Lazer Team‘ centers around a few idiots and misfits in a small town who clumsily stumble upon a spaceship that contains a super suit to battle evil forces. These four misfits consisting of a local cop named Hagens (Burnie Burns), the former football hero turned drunk Herman (Colton Dunn), the jerk star high school quarterback Zach (Michael Jones), and the town idiot Woody (Gavin Free), who all have a certain piece of this super suit attached to themselves that makes them run super fast, shoot a big laser, create a shield/force field, and a helmet that allows the four guys to telepathically communicate and cloak parts of themselves in invisibility. 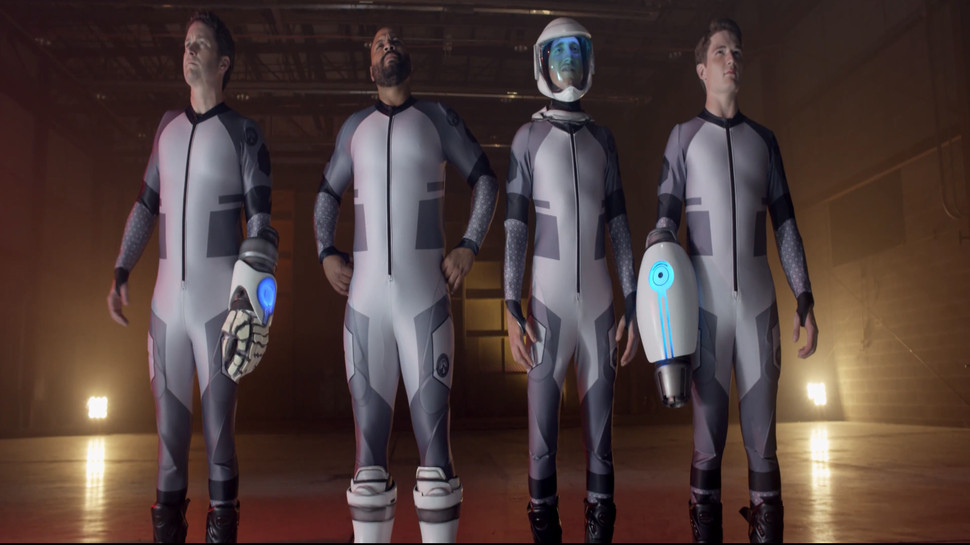 The problem is, these four guys are not smart enough or strong enough to operate this alien technology. Meanwhile, the government was aware that there was an impending attack on Earth by a vicious alien race and have been training a super soldier since birth to save the planet and wear this suit. This super solider is Adam (Alan Ritchson), who is the poster boy for a good looking ‘Captain America‘ type hero. Now these four idiots must come together, led by Ritchson to save humankind and Earth in a battle to the death. What could go wrong?

Burns and Hullum have conjured up a hilarious cast and a super funny script, full of movie references and raunchy dialogue that hits all of the right notes, even though some of the jokes are a bit out of style. Things move at a highly entertaining and fun pace, never taking itself seriously. Most movies that do this, miss the mark, but with ‘Lazer Team‘, every cue and comedic punch are executed very well. This is the just-as-funny cousin of the Broken Lizard crew with an equal amount of laughs and thrills. I can’t wait for a sequel. I now want to join the ‘Lazer Team‘.