‘Star Wars‘ faithfuls can’t seem to get enough of tearing apart the few scenes we’ve been privy to thus far from the trailer, in an effort to keep their tongues wagging, a new teaser was debuted for ‘Star Wars: The Force Awakens‘ today on Instagram which features John Boyega’s character, Finn hefting a blue lightsaber in a face off with Adam Driver’s Kylo Ren. 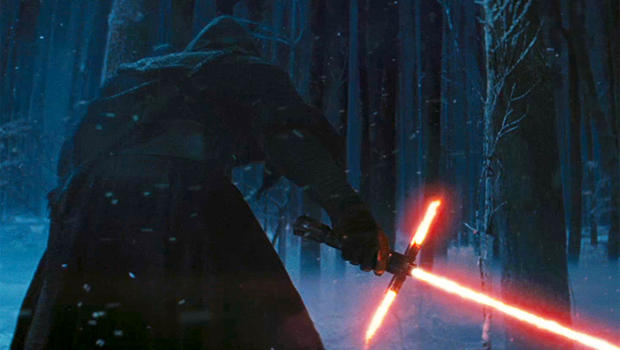 Since the first trailer, J.J. Abrams has given us a little more insight into the unorthodox weapon of the crossguard lightsaber we saw Ren with that caused a LOT of discussion, we know that Ren is a Sith, but not like Darth Vader or Darth Maul, instead he is a member of an order known as the Knights of Ren and he built his crossguard saber from scratch. Ren works under Supreme Leader Snoke (Andy Serkis) who is a powerful figure on the Dark Side and provides the ominous voice in the teaser. ‘The Force Awakens‘ is set to bow in theaters and break records on December 18