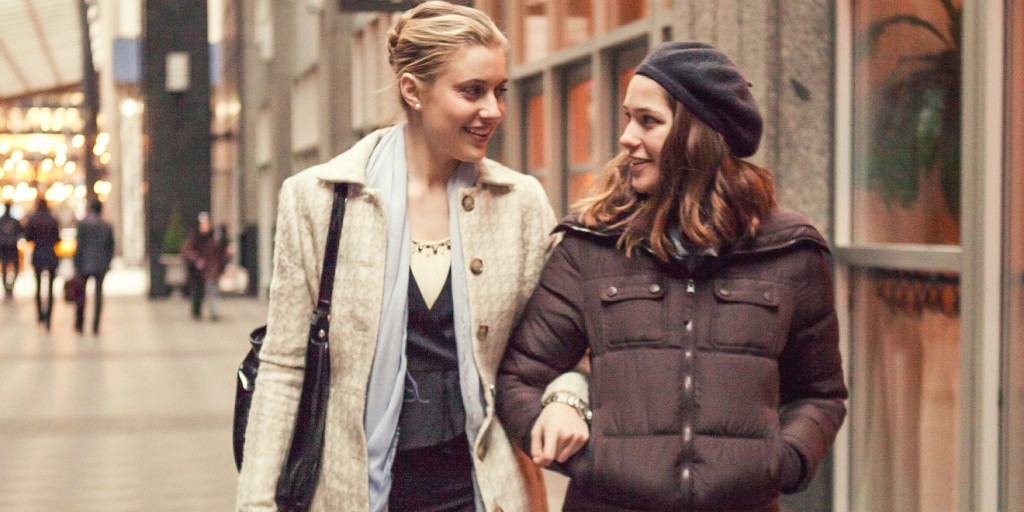 Director Noah Baumbach and his writing partner Greta Gerwig are a forced to be reckoned with on the big screen. Since their collaboration on ‘Greenberg‘ then onto their award winning film ‘Frances Ha‘, this duo have shown that they know how to write an amazing screenplay and shoot a beautiful film that showcases New York City, the same way that Woody Allen can.

This brings us to their third collaboration together with ‘Mistress America‘, which plays out like a long, great episode of ‘Gilmore Girls‘. It’s almost shocking to not see Amy Sherman-Palladino’s name not attached to this movie with all of the excellent rapid fire dialogue exchanges between its characters. Another way you can compare ‘Mistress America‘ to ‘Gilmore Girls‘ is that the film has almost nothing at stake, just like the hit series did, although we are completely invested in everything they do. It’s a feel good movie in the end, and you can’t help but want to spend more time with most of these characters.

In a perfectly tuned and well timed screenplay of comedy, we meet Tracy (Lola Kirke), who is a freshman entering university in the Big Apple, who is trying to join the school’s prestigious literary club. Tracy narrates her time here, and although she is very beautiful, she has a difficult time meeting people, which is hard to believe, although she does meet a fellow dorm-mate named Tony (Matthew Shear), who is equally awkward as her. Not really knowing anyone or fitting in, Tracy’s mother tells her to call Brooke, the daughter of the man she is about to marry. 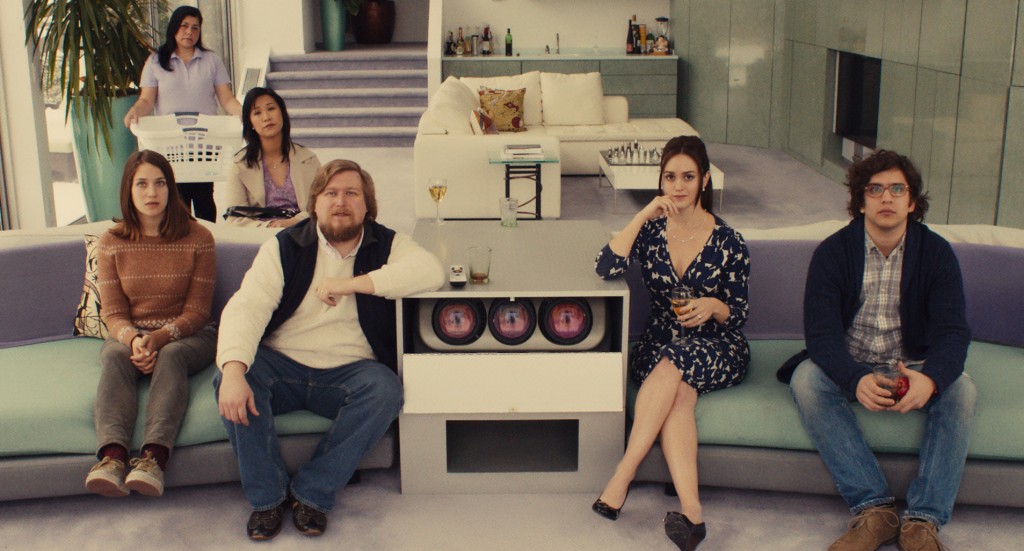 It’s not clear what Brooke (Greta Gerwig) really does in New York, but she seems to go to the best parties, knows everyone, and can talk about anything for any length of time. She tells Tracy about all of her life’s plans and goals within the span of a couple of hours, and Tracy is just infatuated with Brooke. It’s hard not to be, considering how fun Brooke is. Over the next few weeks, Brooke and Tracy go out on the town, having fun, when Brooke tells Tracy that she wants to open a restaurant in New York that resembles home with the best waitstaff and best decor. Everyone will live happily ever after, however when Brooke’s “boyfriend”, whose in Greece backs out of giving her money for the restaurant, Brooke must come up with a large sum of money within a couple of days in order to not lose the restaurant space.

This where this ‘Woody Allen’ type of film moves from the streets of New York to the outskirts of the city inside a house where Brooke, Tracy, Tony, and Tony’s now insanely jealous girlfriend Nicolette drive up to one of Brooke’s old flame’s (Michael Chernus) house to ask for money. Inside this amazingly big house is a group of pregnant women, discussing Faulkner, while Brooke is for the first time ever, becoming nervous to speak. This is where the rapid fire dialogue turns up to eleven, and each insult and joke are perfectly timed and delivered. Add a bit of jealousy and deceit into the mix here, and things heat up fairly fast. It’s a zany group of characters, but Brooke’s strong presence and Tracy’s calm demeanor seem to settle everyone down, until Brooke realizes Tracy has been writing about her. 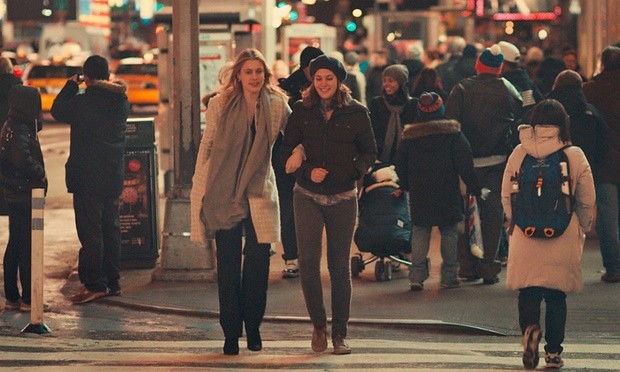 Lola Kirke is excellent in this film as the awkward freshman wanting to fit in, however it’s Greta Gerwig who truly shines here, as this role was tailor made for her. Her charm, wit, and even her nasty flaws are something worth cherishing. She is definitely a force to be reckoned with on screen as she just lights up every scene she’s in. Sometimes, the film can feel a bit abrasive, which doesn’t usually go with the flow of the rest of the film, but it quickly reverts back to normal, leaving ‘Mistress America‘ a fun delight to watch.