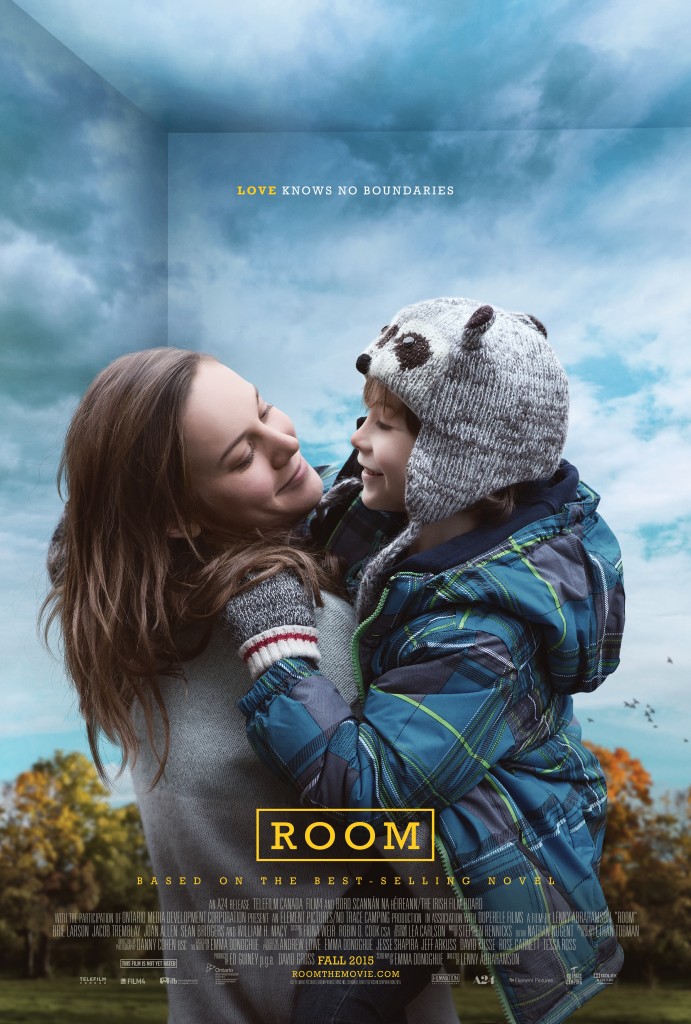 Emma Donoghue wrote what has become a sensational multi-award winner in ‘ROOM‘, then she wrote a screenplay and worked with director Lenny Abrahamson to bring the final product to the big screen. ‘ROOM‘ is incredibly moving, emotional in ways I didn’t really anticipate with an edge-of-your-seat thriller sensation as well.

Brie Larson (‘Short Term 12‘) stars as Ma, the loving and devoted mother to 5 year-old Jack (Jacob Tremblay). Their life together is in many ways like any other mother-child’s, but with one difference, Jack has never been outside of the 10 x 10 ft windowless space that serves as their home or “room” as Jack knows it. Ma does all she can to ensure Jack has as normal and fulfilling life as she can create in their confined area. The truth about their existence, that his mother was kidnapped at 19, which was 7 years ago, by the only other person Jack has ever seen, Old Nick (Sean Bridgers) has been kept from his unprepared mind. Events lead which allows the attempt of a chilling escape and then, maybe the most terrifying thing for Jack, the real world. Also appearing in the movie are Joan Allen and William H. Macy. The film releases November 6th.