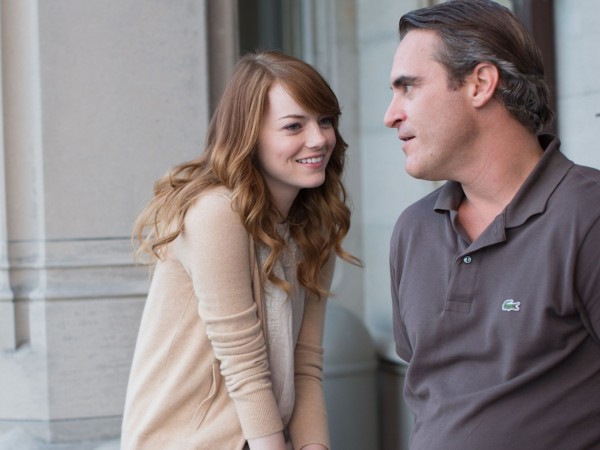 Whether you have a surface level knowledge of Woody Allen films or are an avid follower, the themes in “Irrational Man” will feel familiar: conflicted, tortured man feels the world is meaningless yet is adored by fawning women, and murder as the only solution to the problems of the world.

Yet, despite all these winning qualities, both colleague Rita Richards (Parker Posey) and student Jill Pollard (Emma Stone) are drawn to him.  Rita wastes no time getting Lucas into bed despite the physical challenges and still dreams of running away with him to Barcelona.  Jill, a wide-eyed co-ed, spends half the movie denying her feelings for Lucas to her boyfriend and family while actively pursuing (and being denied) by Lucas.  It’s not until Jill and Abe are eating at a diner and overhear the plight of a woman embattled in a bitter custody battle and on the verge of losing her children.  The only thing standing in the way of her winning the battle is the judge.

It’s shortly after that incident that Abe decides the meaning of his life will be to murder the judge thus freeing the woman from her problems.  At this decision, Abe springs back to life and is suddenly cheerful, agreeable and unblocked (in every sense).  Without giving too much away, from here the movie speeds up as you follow Abe plotting and planning the murder.  If you can make the illogical jump that this is perfectly normal premise, the movie will be enjoyable.