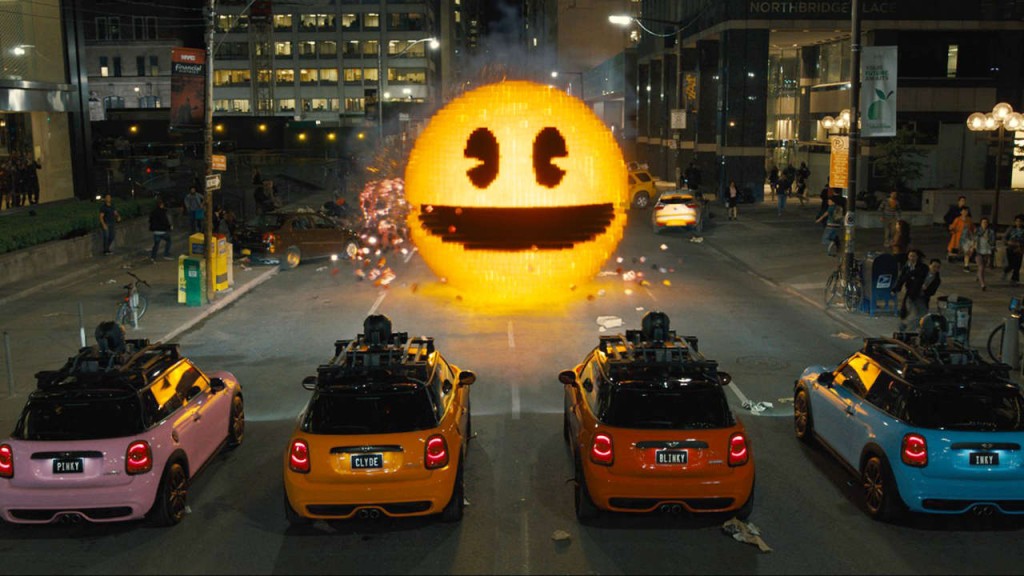 Pixels opens in 1982 with Sam, a teenager, overflowing with elation at the fact that the new pinnacle of a child’s joy has opened in his town.  Alongside his friend, Cooper, they walk into doors of the wondrous cacophony of fun and games, the arcade.  They meet an awkward conspiracy theorist mind you he is 10 or so years old, and decide to Sam crushes every game put before him all the way to the World Championships then he meets his nemesis, Fire Blaster aka Eddie.  The casting of the young characters is quite good, especially when it came to young Eddie.  Fast-forward several years and the adventure begins with an attack on Guam by Galaga.  Yes, the arcade game.

Adam Sandler (Sam), Kevin James (Cooper), and Josh Gad (Ludlow aka Wonder Kid) again playing their usual loser roles.  The female lead, Lt. Colonel Violet VanPatton (Michelle Monaghan), is a mess of contradictions.  Her entrance is pitiful and exit is mediocre.  The only character redemption of this film is Peter Dinklage (Eddie/Fire Blaster), best known as Tyrion on Game of Thrones.  Dinklage was 80s awesome from the tip of his mullet to his toes.  As Tyrion Lannister, Dinklage is witty and strong of character, but in Pixels, Fire Blaster is a proud peacock that is discovered to be something other.  Initially I was also happy to see Sean Bean, an underappreciated actor.  His character, Corporal Hill, was too small a role for him. 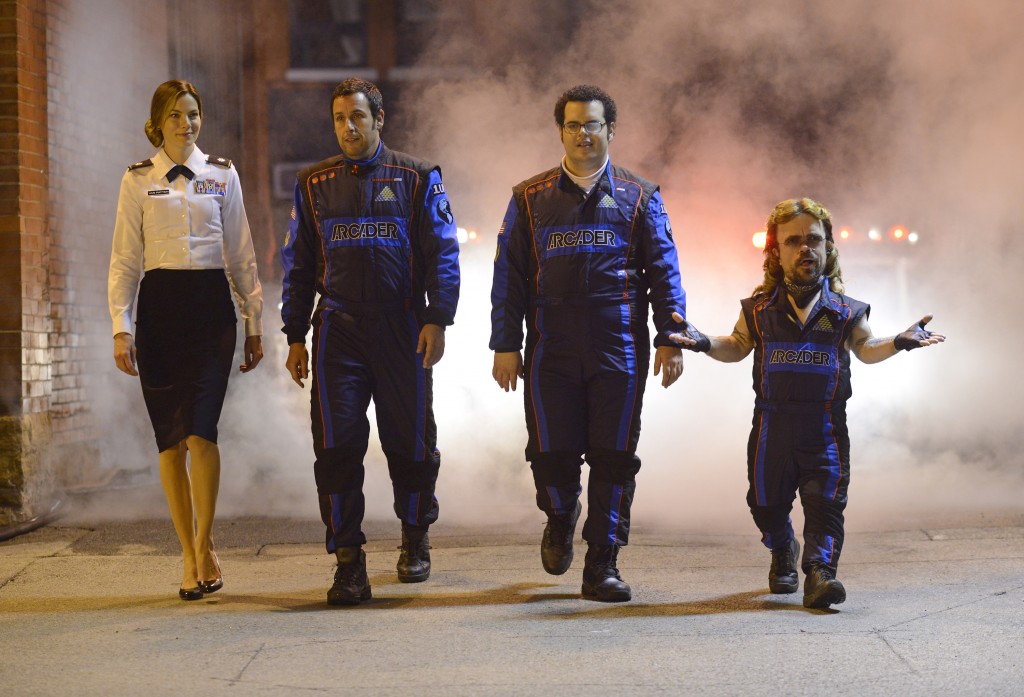 Pixels is based on the 2010 clever short film of the same name by Patrick Jean.  I dare say that was deeper than this feature.  This full-length feature is directed by Chris Columbus (two of the Home Alone series, Mrs. Doubtfire, two of the Harry Potters series, Rent) uses very dramatic angles as well as a number of quick pans and fast action shots at times gave me a headache.  However, I admit the film is a good spectacle.  I also believe Tim Herlihy and Timothy Dowling, the writers, tipped their hats to Armageddon with dialogue such as “no taxes forever.”

For those in their formative years during the 80s you will see a lot of old friends, 80s icons if you will, represented.  All of my arcade/Atari favorites were brilliantly represented:  Pac-Man, Super Breakout, Donkey Kong, Q*Bert, Frogger, Centipede, Galaga, etc.  I lost count on the gems from my youth that were included.  Unfortunately, the studio didn’t use the good kind of 3D so the extra cost is not worth it.  The special effects were good, but they would have been awesome if shot in the right style of 3D.  It should be illegal to label film 3D unless something pops out of the screen at the audience and reels them into the film. 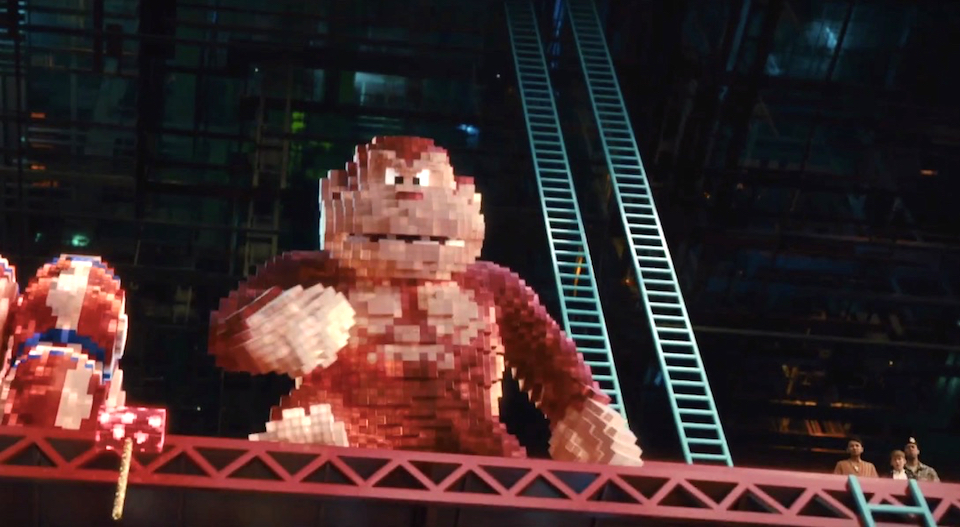 Even though 3D aids international distribution, certain requirements, far beyond depth perception, should be met before film is given the label. The lame dialogue and lingering scenes for the romantic plot dragged the film, too.  The combo of the issues was more annoying than usual due to their frequency.  The film is still enjoyable on a base level.  The sound design was limited outside of the games’ theme songs, but they could never go wrong with Queen’s “We Will Rock You.”  The auditorium was filled with adults as well as children laughing often.  If you love or loved the pixelated games of the 80s, Pixels is a thrill to watch.