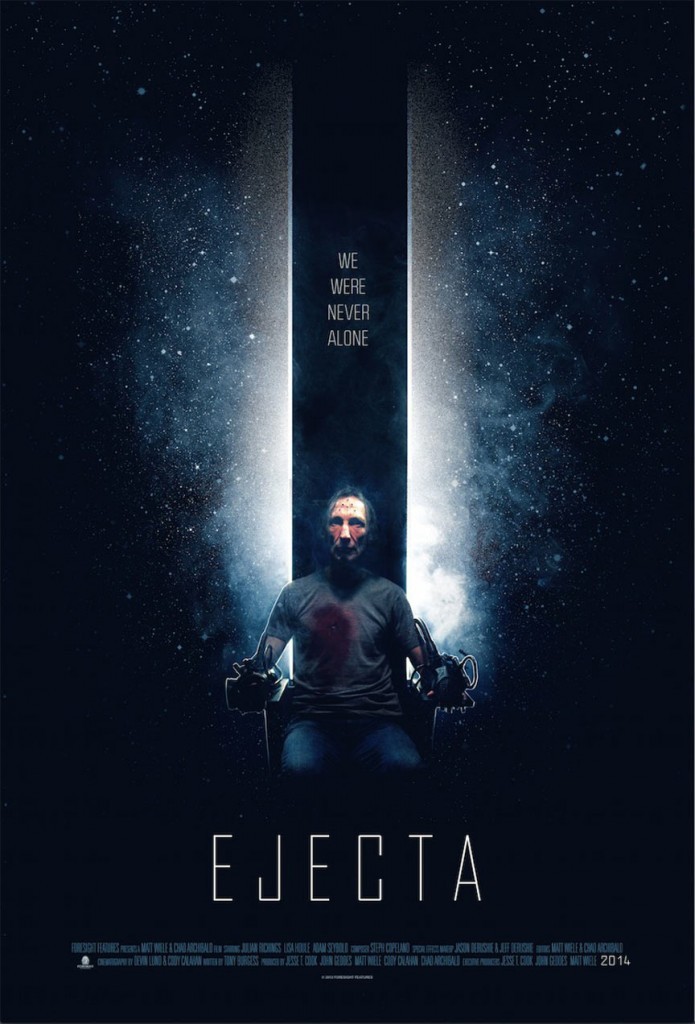 Writer Tony Burgess’s (‘Pontypool‘, ‘Septic Man‘ and ‘Hellmouth‘) scripted the sci-fi horror ‘Ejecta‘ which directors Chad Archibald and Matt Wiele brought to terrifying, cinematic glory. For Wiele, this is his freshman directing effort, Archibald, however has several credits to his name including ‘Kill‘, ‘The Drownsman‘ and the upcoming ‘Bite‘. ‘Ejecta‘ was produced by Jesse Thomas Cook, John Geddes and Matt Wiele through their genre production company Foresight Features and will make it’s Blu-ray debut on August 18th, 2015 from Scream Factory, in partnership with IFC Midnight. 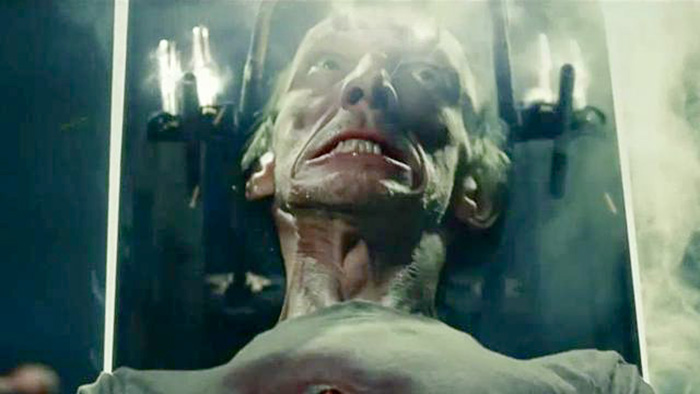 The film follows William Cassidy who is played by the stellar Julian Richings. Richings has a wicked command presence and has lent his gaunt figure and striking acting skills to a myriad of television, film and stage work. When I look at him, I will always see Death from ‘Supernatural‘ and a small, but memorable part in ‘Detroit Rock City‘ as the man who opened the doors to let Jam and his friends in to see their idols, KISS.

Cassidy is a paranoid man who has earned the disorder honestly after a lifetime of frightening interactions with extraterrestrials. That will make anyone seek out a secluded section of deep woods to call home. He reaches out to Joe Sullivan (Adam Seybold), an alien researcher and conspiracy theorist blogger. Cassidy invites Sullivan to his home on the night of a solar event which Cassidy believes could be dangerous to the Earth and leads to both men fighting for their lives during a nerve-shredding night of terror.

The film is stylized in a way that weaves the events of the night and a point in the future where Cassidy is being interrogated by an unknown entity which creates a heart-pounding cinematic event that will leave you questioning whether we’re alone in the universe, or not.